With inflation sitting at the highest levels for 30 years and tipped to increase further, everyone is starting to feel the pinch. This, coupled with the low unemployment and ongoing skill shortages, means it is unsurprising that wage pressure has really heated up.

We ran several pulse surveys leading up to the publication of our March survey, and annual salary budgets have all been pushed higher than was originally budgeted back at the end of last year. It is therefore not surprising to see matched General Market movements at the general staff level above 4% for the first time in over 10 years (Matched movements are from organisations who were in our data analysis from last year to this year). The last time we saw market movement at this level was in 2009, when inflation was at 5.1%.

When we consider the matched movements over a five-year period you can clearly see the impact that the first round of lockdowns had on market movement where they dropped significantly. Market movement has also been modest for some time; however, this was during a period of low inflation, so the increases were real increases.

It is also interesting to note in our analysis this year that the largest increases are at the lower end of the market; large market increases are not yet showing across all levels of roles. This data is further supported by NZ Stats most recent figures on wage inflation which showed a 3% increase.

Back in 2009, when inflation was at 5.1%, wage inflation was up at 4%; given what we are seeing in terms of projections, we would expect this to continue and our September survey to show even higher increases.

The larger increases at the lower-level roles suggest organisations are focusing their increases on the employees that are likely to feel inflation the most. What is interesting regarding this movement is that it backs up the findings from our January pulse survey, in that administration roles were becoming increasingly harder to recruit for. Comments from this survey suggested that the rates organisations were offering for roles were no longer competitive and the data shows there have clearly been big increases at that level of role.

The technical specialist roles have also been under pressure for some time due to ongoing skill shortages.

What is important to note about these roles is that it is limited to particular functions, including HR, IT and engineering. When we look at the aggregated results for the technical specialist level, movements are closer to 2% however sector data has shown larger movements at this level suggesting premiums are present within certain sectors. Moving forward, we anticipate many organisations will be adopting premium policies for specific roles.

What does the pay landscape look like moving forward? Forecasts are for inflation to lift further to over 7%, which will only add to wage pressure. Organisations responding to increased wage pressure will likely need to respond to the higher wage costs by increasing prices. If this continues for some time and price increases do not match wage increases, the economy could stall, with little growth – this is also known as stagflation.

Experience from previous periods of high inflation and low unemployment suggests wage movement will continue to increase and stay elevated for some time after inflation drops or unemployment rises. You will see from the table below that salary movements remained high for another 24 months after the GFC hit, reflecting the lag effect of salary movements.

Clearly the days of salary budgets of around 2% are behind us and will likely be for some time. It will be key to ensure salary increases are targeted at rewarding and retaining key staff, remembering that in a tight talent market it is easier to retain than to recruit in specific skills. 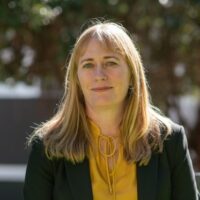 Can you help my manager?