From the editor November 2021 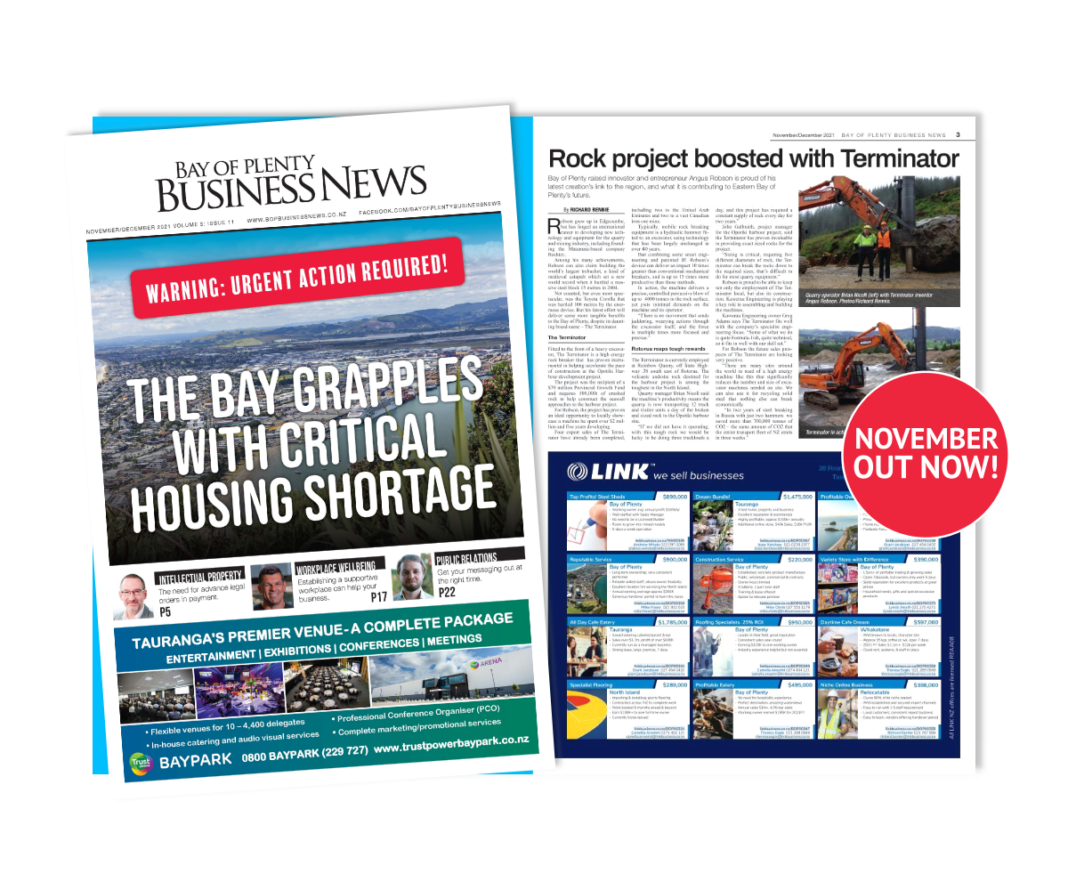 One of the interesting reveals of our cover story this month on the region’s housing shortage woes, to me, was that I had not realised to quite what extent the region has been victim of its own success.

As noted local developer Scott Adams of Carrus Corp points out, a particular problem for the Bay of Plenty goes back to the high cost of land. “You’ve got very rich horticultural soils here and people are starting to pay big bucks for canopy ha,” he says. “Then you have to get it rezoned, which takes time and involves a minefield of national policy statements to be navigated.”

All of which makes urban development hard work. And even though I’ve been in Tauranga for more than a decade, I hadn’t fully taken into account just how the Bay and its beautiful beaches are also becoming hamstrung by the region’s very appeal.

Nigel Tutt, chief executive of Western Bay of Plenty development agency Priority One, notes that for the last six years the growth rate has been around double the national average.

And he reinforces the view that the Bay, despite its appeal, simply isn’t an easy area to develop in, with its multiple peninsulas and low-lying areas. As well, the government is placing increasing requirements on developers to carry out major abatement to protect against future flooding and other incidents.

We trust our cover story helps readers to learn more about the causes of the housing shortage phenomenon that is hurting the region’s development.

Meanwhile, a recent news report has revealed that New Zealand exporters are having increasing problems in getting their products overseas. According to the latest ExportNZ Export Barometer, more than half of exporters are failing to get shipping space.
There are now growing concerns in the business community that New Zealand may get left behind as the world opens up. Assuming that it does open up, of course.

The most common barriers are cost and availability of transport and logistics, which are being experienced by 78 percent of those surveyed, up from 66 percent last year. The inability to travel because of the pandemic, with resulting closed borders and MIQ restrictions, was cited by 52 percent of respondents.

Recall if you will that the Bay is one of New Zealand’s leading export centres. Many in the business community are anecdotally reporting the problems being suffered by exporters, with standard items, such as containerisation costs, having soared.

According to the ExportNZ survey, which took in 300 exporters, businesses are adjusting to the difficulties with 51 percent reporting an increase in export orders. That’s up from 36 percent last year and 49 percent pre-pandemic.

However, 32 percent reported a fall in export orders, down slightly on last year. According to the report, the impact of global freight congestion is “staggering” for Kiwi businesses with increased logistics costs, delayed transport and some exporters simply unable to get shipping space.