Not the six o’clock news 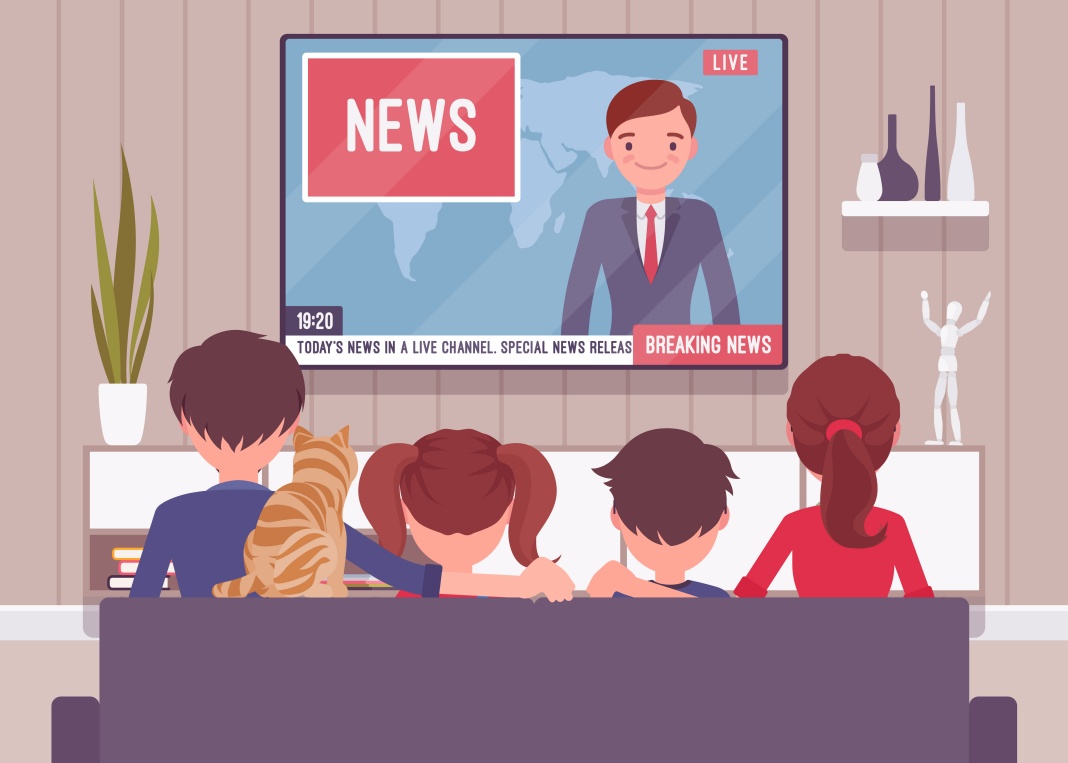 Call me old school, but there’s something authoritative and serious and necessary about the six o’clock news.

Yes, I know, I have had notifications and previews and breaking news alerts all day about the stories I am expecting to see on the six o’clock news. So why is it imperative that I sit down and watch it all over again on the TV news?

Ironically the six o’clock news is not ‘special’ news that I am paying a premium to subscribe to … this is good, old fashioned, free-to-air TV news (and yes, I also know that arguably I have actually paid a premium for it through my taxes, but let’s not get into that debate about state-funded media, cos that just goes round and round in circles).

I think it’s maybe the tradition, the pomp and ceremony that is ‘the news’.

In much the same way the Queens New Year speech always makes me feel calm, even if I don’t really listen to it attentively. The fact she’s making the broadcast at all means I can go about my New Year duties assured that life is secure for another annum.

Even strident republicans I know still watch coverage out the corners of their eyes of royal weddings and have an opinion on Fergie’s dress sense or Andrew’s no-sweat condition – our lives without those voyeuristic royal stimuli would just seem American and shallow.

I read the newspaper, I listen to the radio, and I subscribe to The Economist – yet it’s not until I’ve seen the six o’clock news that I truly trust that the situations alarmingly foretold repeatedly during the day are really, truly as grave as I feared.

How dependable is the news?

The TV news for some reason seems to have gravitas. I’m not saying it is any more accurate, or any less biased than any other media source, simply that it feels more … dependable.

It’s not just the slick-looking, smooth-talking newsreader with his Gucci suit, or her edgy reo greeting (though I was always partial to a subtle eyebrow raise from Philip Sherry), or the glam studio set lighting, or the MGM “roaring lion style” intro music.

And solo? Or paired with a co-presenter, preferably with a gender and race diversity nod included for good measure?

Call me boring, but I’m a go-it-alone newsreader advocate – real news should speak for itself and shouldn’t need mildly humorous innuendo and guffaws exchanged between presenters.

I want my news delivered as unadulterated news, no sugar added.

Not the whole of the news hour mind you – it’s only the first 15 minutes that really count; after that it’s TV click-bait, cross promotion of their commercial offerings and human interest “local pensioner’s goldfish eaten by rabid mutant pony” stuff.

But the first 15 minutes, that’s the “sit up and listen” real news I’m talkin’ about. I’m happy to lose the other bits.

The weather, well it’s the weather isn’t it – a necessary part of virtually all regular human verbal intercourse: “I see Russia has attacked Ukraine, bloody terrible … and it looks like it’s gunna be raining here again tomorrow, bugger it.”

Sport – that always comes included with the news deal; It’s like fries with a burger. The sport segment magically makes us feel active without even having to get out of our La-Z-Boy.

As I write this at 11.13am on a Friday morning (yes, I know, I’ve had all month and I’ve left it until the last day) and a notification has just flashed on my screen: “Russian President Vladimir Putin claims control of … more.”

I think I’ll quickly turn on CNN now, otherwise it will be old news by 6pm tonight.