EV, or not EV? – that is the question 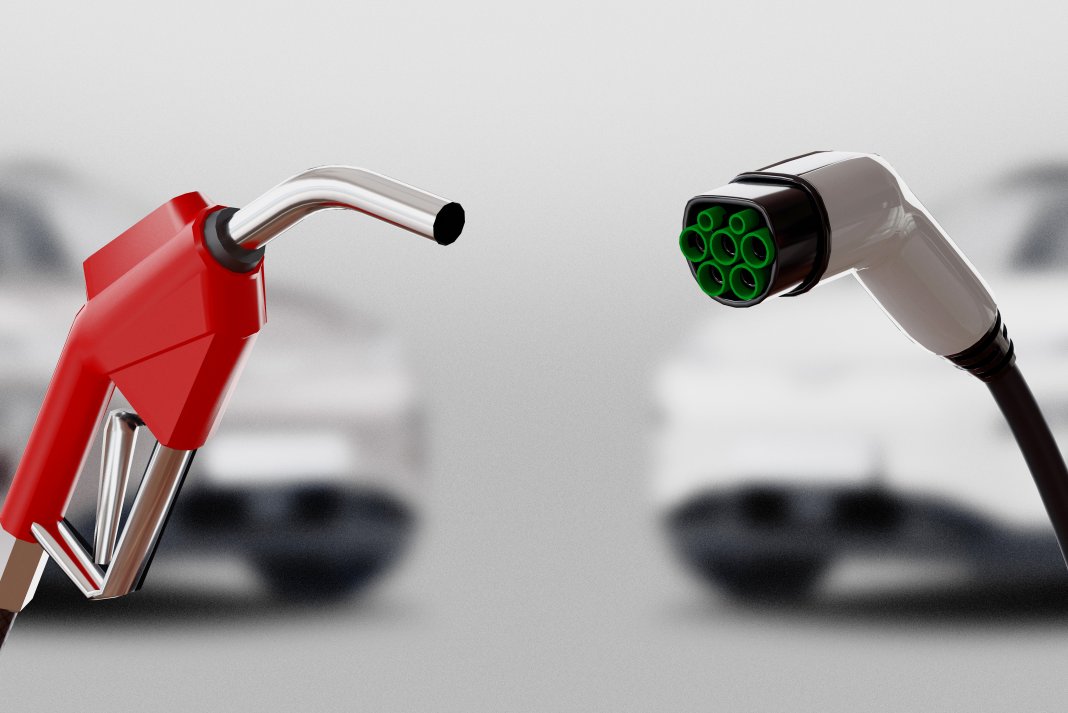 I’m going to describe my limited understanding of a process that I have grown up admiring – we pour in petrol, and when we turn a key a battery causes a starter motor to “start” an engine.

Sparks are created which cause explosions (loud) and these explosions cause pistons to move, thus driving power to wheels (via lots of other bits).

And here’s the really cool kicker: the dirty bits of leftover exploded stuff are then expelled out a pipe into the atmosphere, but the pipe has a part which ‘muffles’ much of the noise from the explosions (less loud) – nice touch.

Now don’t get me wrong, I love the noise, and the vibration, and the smell, and the whole vibe, so yes, I guess I am a petrolhead.

But, it’s 2021 and we live in a world with no plastic bags, surrounded by electric scooters, battery power tools, voice-activated mobile devices, wifi-enabled, satellite directed, un-manned and un-womaned autonomous everything.

My carbon fibre running shoes give me a remarkable four percent efficiency boost, my raincoat is nuclear-fallout resistant, my eyes are lasered, my teeth are veneered, my fat is surgically removed and my dog is micro-chipped.

Maybe we try and agree one thing then – we should encourage less pollution and better alternatives than exploding petrol machinery.

I mean, my mechanic doesn’t even use a spanner, he just plugs in his laptop to my dashboard and hey presto, my car is fixed.

So, is it just me, or does the concept of us still using the petrol explosion polluting engine method to move around our neighbourhoods so loudly while expelling the dirty exploded bits into the air seem … well … archaic?

This is not good vs evil

No, don’t stop reading. This is not a diatribe on good versus evil; I’m not being paid by anyone (yeah, but that’s another story) to say electric is good and petrol is bad.

In fact, I’m one of those people saying, “It’s all very well for you to slag off air travel, but I’m not swimming to Oz, and neither, I suggest ‘Mr Greeny Boy’, are you!” (OK, traveling to Australia is a bit theoretical right now, but you get the point).

But I have been thinking about the dirty explosion method, and the government’s plans to incentivise the other clean method of perambulation, and I don’t understand why the petrol anti-vaxxers are so cross? Like really?

So, you are incensed cos the guy who has to endure the humiliation of driving a Prius may get some advantage over you because you drive a Raptor? (I’m not sure the ‘dinosaurish’ name denomination is really on point right now, but that’s not important). Why are you so angry?

We want less pollution. We want to slow global warming. We want to be 100 percent Pure Something – but, for some of us it would appear, not if that means paying more for your car than the Uber guy pays for his – because that’s fascism. We’re American, and we’re not standing for it!

Maybe we try and agree one thing then – we should encourage less pollution and better alternatives than exploding petrol machinery. The details of how we can best encourage a shift may not be perfect yet, so let’s argue about those details, not whether there should be incentives to change. Isn’t it better for us all to have more EVs on the road – even if you’re not the one driving them?

Q: I won’t be able to drag my three-tonne hunting kit across the swollen river in a poxy EV?
A: Like when was the last time you actually did that? Seriously? And you don’t have to go electric if you don’t want to. You won’t be judged.

Q: Incentivising so-called clean car alternatives is undemocratic and discriminatory?
A: Well that’s not a question, it’s a statement … and one on which you definitely will be judged.

Crafted for the future