From the editor – September/October 2020 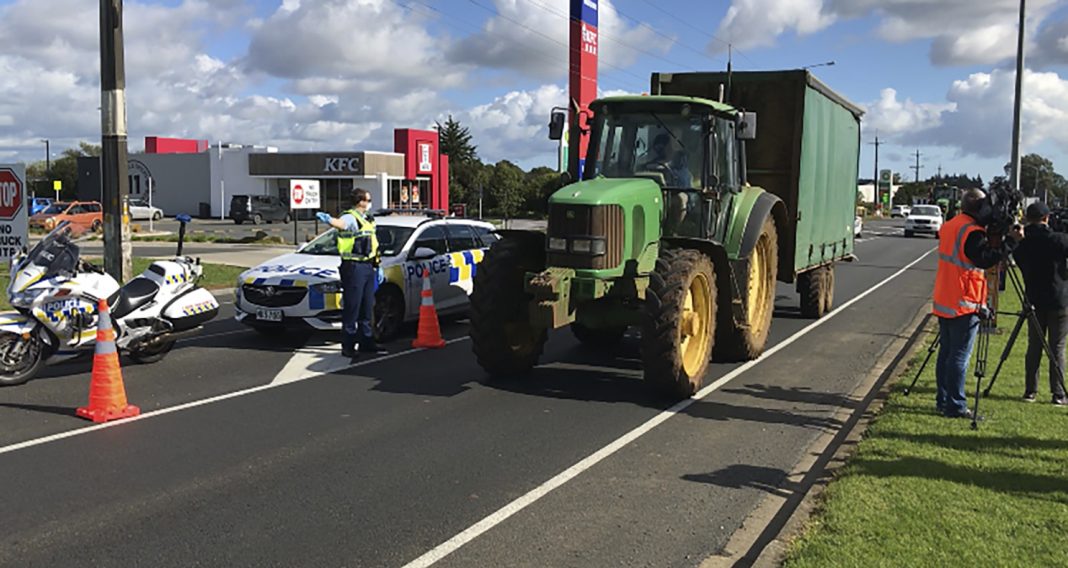 As I have commented before in this space, the next election may be much closer than the Labour landslide that many commentators have been predicting.

We should remember that this election is not just a judgement on the next government’s ability to help us survive a pandemic.

As examples around the world have demonstrated, relatively few governments worldwide would claim that they have nailed this pandemic. We have done better than many – aided by our small population size and relative isolation.

But the election will ultimately be decided on the perceived competence of the contending parties in developing and executing policy.

“Hundreds of complaints have emerged from residents, workers and farmers who have been unable to move legally around because of inconsistencies about where Level 3 areas merge with those in Level 2.”

It is sometimes overlooked that the current government is not a Labour Government – although it is increasingly presented as such by its leaders – but a coalition government put into power with the Greens by the intervention of New Zealand First leader Winston Peters. It is not unusual in being a coalition.

Prior to the last election National had governed since 2008 in a minority government with confidence and supply arrangements with ACT, Maori and United Future.

But the current governing coalition was the first in MMP history where the most popular party was not part of the Government.

No-one should ever write off Winston Peters before polling day, but he is currently flagging in the polls.

And he appears to be aggressively distancing himself from the government that made him foreign minister and as part of its deal provided a $3 billion Provincial Growth Fund for NZ First MP Shane Jones to dispense.

The fund was recently the subject of pointed questions from the auditor-general as to whether it was fulfilling its stated aim of permanent job creation.

The prime minister scores very highly with New Zealanders in the empathy stakes and has risen very well to such major national disasters as the appalling mosque killings, the White Island eruption and indeed the onset of the current pandemic meltdown.

But until Covid-19 blighted the country, the current government was not regarded by everyone – and certainly not generally in the business community – as being notably competent. Nor, with a few honourable and now overworked exceptions, did it have a strong lineup of ministers and bank benchers.

The problem the prime minister – and other world leaders – face now is, unfortunately, the same as at the beginning of the year. While it is relatively simple to lock down an economy, it is extremely hard to get it up and running again. Yes, large sums of money have been thrown at the economy in terms of wage subsidies, which have been much appreciated and indeed have helped many businesses to survive.

The National Party has certainly had its problems in recent months, but it seems to be settling down under new leader Judith Collins. But there is a sense – at least when this article was written – that the wheels on the prime minister’s bus have become just a little more wobbly.

Her public polling remains unimpacted. However, troubling examples of incompetence have begun to surface. The premise of the lockdown approach was the government’s assertion that, by all means be careful, but the public didn’t need to worry because “we’ve got this”.

The reality is that they hadn’t. Yes, the government had issued instructions that testing of key workers had to happen to secure our vulnerable international borders – but it didn’t happen. And that wasn’t noticed or followed up by the government until the media brought the problems to its attention.

The recent re-imposition of the partial lockdown has naturally unnerved the public. It was of course always unrealistic to hope that there would be no new Covid-19 surges. But at the very least, the electorate needed to be able to believe that what the government said it had done, was actually the case.

Never mind international border control issues, the government has apparently even had problems policing the border between Auckland and the rest of the country in the latest lockdown. Hundreds of complaints have emerged from residents, workers and farmers who have been unable to move legally around because of inconsistencies about where Level 3 areas merge with those in Level 2.

A report this month by the Rutherford consultancy, based on its most recent survey, suggested negative sentiment about the government was up 10 percent, and toxic social media comment was rising as people vented frustration at the re-imposition of restrictions.

The prime minister’s inclusion of senior government bureaucrats in a Labour Party video, which skirted electoral restrictions if not actually breaking them – was also a bad look. The video was quickly taken down and changed after opposition complaints, essentially an admission that it was a mistake.

Credibility is hard won and easily lost. There are bound to be more problems for any government dealing with Covid-19. But what we need is an efficient, coordinated system that allows us to go about our business safely, with consistent across the board application of restrictions, and minimum disruption to the businesses struggling to stay alive.

The well-worn phrase “a week is a long time in politics” is usually attributed to the late British prime minister Harold Wilson, though it remains unclear whether he was actually the first to say it.

But it is, like all clichés, a truism. It might be even more appropriate to recall the words of British Liberal politician Joseph Chamberlain, who is recorded in 1886 as having said: ‘In politics, there is no use in looking beyond the next fortnight.”