The price for deception 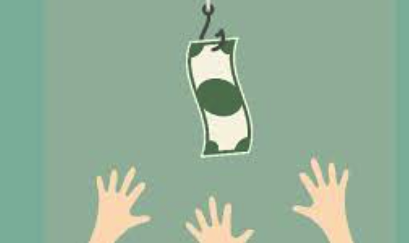 We have all heard the saying, I wouldn’t do this or that for a million dollars. In my experience this is seldom true, save for the physically impossible or morally extreme behaviour.

After 13 years in the credit management and investigations field I have found that there are certain financial levels that are dependent on the debtor’s relationship with the creditor.

I often hear from creditors: “I’m sure he will pay, he is a mate” or “I never expected this from her seeing as we are family”. Then when I see the amount, it will normally fall into a familiar range.

The pattern that I have observed is that otherwise seemingly honest debtors (without major addiction drivers) will be willing to sacrifice a friendship for no less than $2500, and a familial relationship for no less than $10,000. One important caveat to this, particularly in the Bay of Plenty, is in the case of Methamphetamine addiction, where we have seen some horrendous acts of dishonesty for sums as little as $100.

What makes these deceptions easier and the event more frequent as well as harder to remedy, is that the closer the relationship, the less likely the parties are to have a binding written agreement between them.

This is even in cases of one party personally guaranteeing a loan for the other from an institutional lender (usually auto loans). In such cases, the lender normally has a rock solid agreement that binds the guarantor to the debt. But in cases that there is no agreement between the principal debtor and the guarantor, the cost and difficulty of resolving the debt is multiplied.

The lack of documentation also serves another negative purpose. It removes the right to register of a legally valid credit default that will impact the debtors’ ability to access lending in the future. And that makes F&F (friends and family) lending more likely, perpetuating the cycle.

The only way to enforce these unwritten agreements and be able to default list is to obtain a legal judgement, often at the creditors’ cost. This is all well and good, but if you consider that the debtor has already ignored their obligations to a party that they have an outside relationship with, how likely are they to comply with a faceless organisation or a legal administrative office?

What private lenders must always remember is that familiarity does not always equal importance in the mind of the debtor. In my experience, the closer the relationship can often just make it more likely the lender is expected to “write off” the debt in deference to the relationship.

A somewhat difficult or uncomfortable conversation at the start of a loan will always be easier to handle while both parties are on good terms and the debtor is more interested in getting the funds than being offended by a piece of paper.

There is also death to consider. Undocumented pre-mortum loans are often the subject of estate litigation. If any readers have been involved in such litigation in their lives, they will know that this often spells the end of any kind of retrievable relationship. In my experience success in such litigation is greatly compromised if the debtor claims that the “loan” was in fact a “gift”. The unwritten intentions of those who have passed away are, in my experience, impossible to prove beyond a doubt.

A somewhat difficult or uncomfortable conversation at the start of a loan will always be easier to handle while both parties are on good terms and the debtor is more interested in getting the funds than being offended by a piece of paper. And as I always say, if they won’t sign, they won’t pay.