It’s no secret that Tauranga is a city in crisis. Decades of underinvestment from what has been at times a dysfunctional Council of elected members has resulted in a deserted CBD, record property prices despite ageing city assets and civic amenities, and a correlating severe shortage of zoned and serviced land for new housing.

The Urban Task Force (UTF) was founded in late 2020 to promote positive planning and investment decisions on behalf of the city’s increasingly frustrated business and development community. In just over 12 months, we’ve made some significant inroads to become a strong voice of reason with local government, contributing to important debates such as city planning changes, Tauranga’s Long-Term Plan, parking strategy, CBD strategy and Tauranga’s building consent process.

Now that the Commissioners’ term has been extended and with a fresh local MP representing Tauranga’s interests on the national stage, our members feel the momentum for positive change is starting to pick up. However, there’s still lots of work to do.

One of the key areas we’re advocating is in adopting innovative funding structures to ensure we get the services the city needs without crippling our ratepayers. We’ve taken a lead from the experiences of cities such as Perth, Townsville and Hobart, which have negotiated cross-Government City Deals, a collaborative model that secures long-term finance for important projects.

Our rapid growth means Tauranga has big-city problems coupled with a provincial town infrastructure and at times, mindset. We’ve buried our heads in the sand for too long and it’s time we established stronger working relationships with not only central Government, but with neighbouring local government and regional Council organisations as well.

Collaboration is the key. UTF was founded on the premise that as a city we can do better and that Tauranga’s business community have a significant part to play in the future of the city. Our members have years of specialist expertise to contribute to critical decision-making and we’re committed to sharing those skills with our local council to build a better, smarter city.

UTF members see a bright future for the city and all its residents. We believe it should be the heart of the region – the best place to live, learn, work and play in the Bay. To get there we need transformational change.

We need council planners who provide certainty a project can be consented within the times specified by the Building Act. We need a council that encourages growth, manages the expansion of infrastructure, and works collaboratively with the construction industry to ensure all our whānau have a roof over their heads. We need brave and bold leadership backed by the support of the business community.

We need mixed model partnerships that allow a range of private and public investment, which will allow us to catch up on the must-haves so we can start to work towards the nice-to-haves.

Tauranga has had its fair share of leadership struggles. Now is the time to come together, work alongside each other and share the wealth of skills and knowledge that business, iwi and council can bring to determining the future of our city.

Our members and the wider community have given us consistent and strong feedback that as a city, we need to make decisions, the right ones, and just get it done.

UTF is an incorporated society with membership open to the city’s property owners, developers, managers, and business professionals associated with the sector. 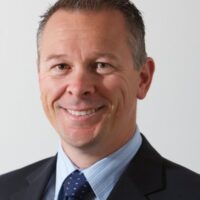