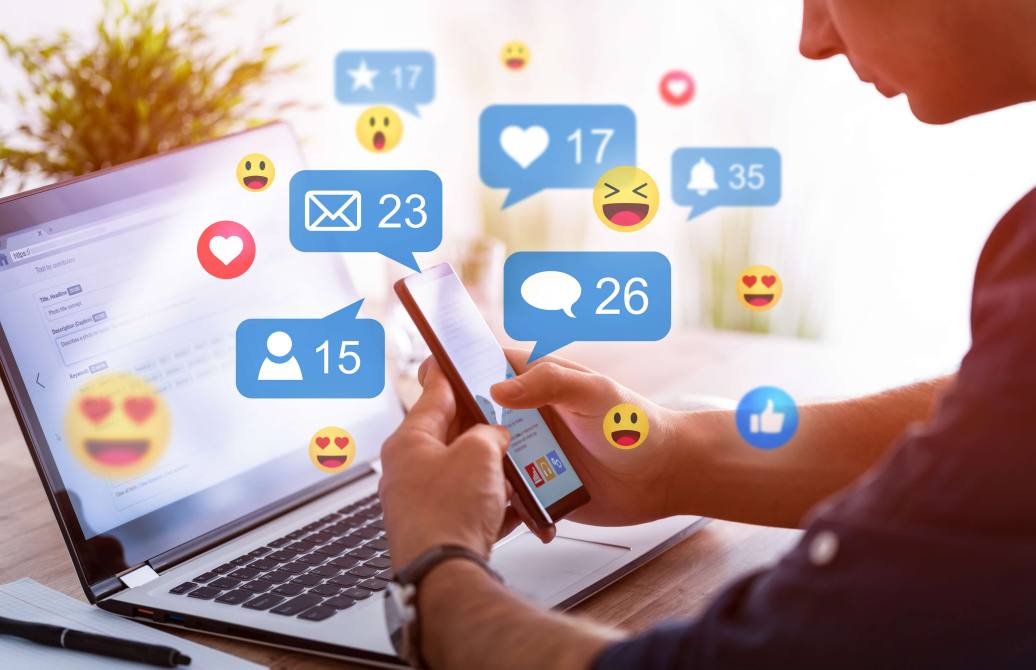 On one hand, we’re more connected than ever before – we can keep up with the happenings of friends and family almost in real-time, and limitless information is at our fingertips.

On the other, many of us are addicted – we scroll mindlessly through our Facebook or Instagram news feeds, often to the detriment of our relationships with the people we live with.

Not only that, but the rising popularity of social media platforms as a primary source of news means many of us become stuck in a virtual echo chamber, exposed only to the views of friends who think in the same way we do, and to information we’re most likely to agree with.

The problem with the business model

The business model social media platforms run on is the root cause of the issue, according to many of those quoted in the popular documentary The Social Dilemma, which was released on Netflix recently.

Everyday users aren’t charged to use them, and they instead rely entirely on advertisers – with their own set of interests – to make money.

The advertisers are paying to have users’ eyeballs on their ads and promotional content, so it’s in the interest of Facebook, Instagram and other channels to do everything they can to keep users coming back for more.

The more impressions and engagement with those ads, the happier advertisers are, and the more money they make.

The implication of this is that Facebook, Instagram and other social media platforms target content, create notifications, and develop their platforms in ways that cause users to commit the greatest amount of time to using them.

Users’ attention has become the product being sold to advertisers, and there’s little in the way of regulation controlling how this can be done.

What’s more, a growing number of young people are basing their sense of self-worth on the number of likes and comments they receive on photos and videos they post.

According to The Social Dilemma documentary, non-fatal self-harm hospitalisations among girls aged 15-19 in the USA has risen by 62 percent since 2009 – the year that Facebook became the most popular social media platform in the world. Among US girls aged 10-14, the increase in non-fatal self-harm hospitalisations was 189 percent in the same period.

Data obtained by Newshub last year suggests the problem is similarly significant in New Zealand. The number of people discharged from hospitals for self-harm across all age groups and genders increased from 2,808 in 2009 to 4,878 in 2017.

What is an ethical business to do?

If they are to be believed, most of us would agree that impacts such as these are horrifying. But at the same time, many of us have benefitted from the reach and laser-sharp targeting social media advertising can provide.

Many businesses have placed a considerable portion of their marketing budget into social media platforms, for the very reason that they are effective and are making a tangible difference to their success.

The question is whether harnessing a tool that poses such significant risks for society and mental health is morally conscionable. Your business’ advertising isn’t causing the problem on its own, but is it propping up a business model that leads to undesirable and damaging outcomes?

Some businesses that have decided to make a stand are Coca Cola and Lego. The two multinationals are among a group of companies that have suspended their advertising on Facebook and some other social media platforms in some parts of the world, arguing that the company needs to do more to end hate speech and misinformation.

If suspending advertising is more than you can stomach, another option may be to reduce your spend on social media.

While some may perceive this to be “sitting on the fence” or not doing enough, it may be more palatable if your business is heavily reliant on sales and leads generated through social media channels.

Ultimately, better regulation of social media platforms may be required. This might include rules around the methods used to keep people’s attention – to reduce addiction – and rules around who can be targeted, and how.

In the meantime, those that see a problem might want to voice their opinions about the need to change, and to put a little more of our advertising dollars into other channels that are better regulated, tried and true, and less morally dubious.

I’d love to hear your views on the matter. If you want to share, please feel free to email me on the contact address listed below.

When chicken hits the fan: what is good crisis comms?