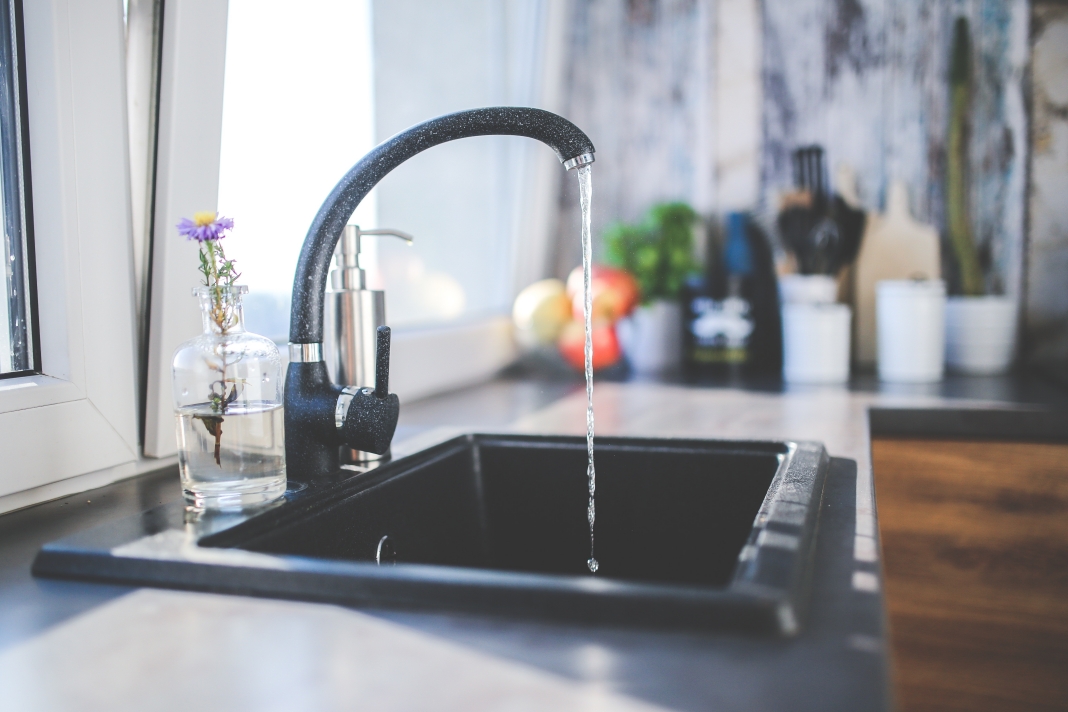 Tim Hunter’s excellent piece in NBR, 20 August, The flaw at the heart of water reform called attention to the disjunction between councils’ 100 percent ownership of the infrastructure with their 50 percent control of the oversight boards. This understates the impact of the three waters proposal.

Councils now own drinking water, wastewater and stormwater assets, directly or indirectly. That will change. Only iwi/Māori will have ownership rights. Directly in some respects, indirectly in others. Local authorities will have none.

Legal scholars argue about what is meant by ownership, but it is certain that if one has no rights in relation to a thing — e.g., no right to use it, to enjoy it, to gain a return from it, to dispose of it, to destroy it, to control it or to control its use — one does not own the thing.

The government, whilst claiming that the new entities would be publicly owned, did not say how. Under pressure, by the end of June the Minister, Nanaia Mahuta, was saying they would be owned by local authorities, by being listed as owners in the legislation.

As the proposal deprives local authorities of all the rights of ownership, this “ownership” is a fiction. It is “spin” on a grand scale.

At least the Minister is sort-of upfront about what she is doing. As you can see, the title is premised on iwi/Māori already having rights and interests in what councils now own.
Analysis of the Cabinet paper shows a clear intention to establish a system dominated by the “rights and interests of iwi/Māori”.

It commences with a preamble from Michael Webster, Secretary of the Cabinet, setting out what has previously been agreed and what will be agreed at the Cabinet meeting.

The first paragraph of Webster’s preamble asks that it be noted that government has ambitions to improve the safety, quality, resilience, accessibility, and performance of the three water services, in a manner that is efficient and affordable for New Zealanders “and which protects and promotes the rights and interests of iwi/Māori in the proposed new three Waters service delivery system.”

It says [they], “can be a taonga of particular significance and importance to Māori and the Crown has a duty to protect iwi/Māori rights and interests under the Treaty …, and existing and subsequent Treaty settlements…. The Crown has responsibilities under the principles of Te Tiriti to protect such a relationship and allow for an appropriate exercise of tino rangatiratanga alongside kāwanatanga.”

Note the sleight of hand. Water can be a taonga for Māori. Perhaps it can be, but the question is, is it in this case? Specifically, is drinking water in a Council dam, reservoir or pipes taonga? Wastewater in sewers and sewage ponds? Stormwater channelled from the streets to the sea?

According to māoridictionary.co.nz, taonga is “treasure, anything prized — applied to anything considered to be of value including socially or culturally valuable objects, resources, phenomenon, ideas and techniques.”

Water is taonga for all

If taonga is to be the basis for an alleged right or interest, the Cabinet paper should explain why these specific waters have that status, and why iwi/Māori are being singled out as the only ones within the country who have the right or interest.

Paragraph 8 also referred to the Crown’s duty to protect iwi/Māori rights and interests under the Treaty.

Appendix B purports to be an analysis of iwi/Māori rights and interests, but it does not analyse relevant rights and interests. The analysis should have been directed to Council provided drinking water, wastewater and stormwater systems and the associated Council (not Crown) owned assets (“council services”).

It’s the old trick of asserting something without proof, and then moving quickly on in the hope that no one notices that an unarticulated foundation has never been proved.

The first item in Appendix B notes Article two Treaty right to make decisions over resources and taonga, which Māori wish to retain and assumes, without proof, that this applies to Council services. Council services were created by councils using ratepayer funds.

Māori cannot “retain” something Māori never had. This is a confidence trick. It is not retention of rights; what the Minister proposed, and Cabinet agreed to was acquisition of rights.

The second item relies on Article 3 and states “Implicit assurance that rights will be enjoyed equally by Māori with all New Zealanders. This may warrant special measures to attain that equal enjoyment of benefits.” Another confidence trick. Equality for all is translated into special considerations for some.

Litigation risk to be created

Hunter referred to the litigation risk justification for the proposals. Paragraph 22 of the Paper says Crown Law advice was that there are two significant applicable Treaty principles: partnership (requiring the treaty partners to act reasonably and with good faith to each other) and active protection.

It is not in doubt that the Court of Appeal decided in 1987 that those obligations exist. The Cabinet paper asserts in paragraph 23 that “Failure to meet those obligations would undermine the Māori/Crown relationship and would create a litigation risk for the Crown,” noting that the risk is greater in the Waitangi Tribunal which “would likely deal with a claim about the three waters in its National Freshwater and Geothermal Resources Inquiry.”

No doubt the three waters will now be raised in that Inquiry, but unless and until the Tribunal has identified exactly how iwi/Māori have a right or interest in Council services any different to the right or interest of every New Zealander, there is no possibility of examining the legitimacy of the claim.

In fact, of course, paragraphs 22 and 23 are political, not legal statements. The Treaty is not part of New Zealand’s domestic law. The principles identified by the Court of Appeal require consideration and implementation only if legislation requires this to happen.

As the Treaty principles have not been incorporated in legislation relating to the three waters, it can be expected that an attempt to rely on the Treaty in the ordinary courts would need to overcome that argument.

No doubt this explains why the Paper describes the risk before the Tribunal as greater — to imply that there is still a risk before the ordinary courts, when without a departure from current precedent no such risk exists.

Whilst there is no real risk today, this will change if the Minister gets her way. She proposed that the legislation require the new entities to conduct themselves in accordance with Treaty principles and be a good Treaty partner: paragraph 82.

And she did get her way. Cabinet agreed the legislation would contain a reference to the principles of the Treaty requiring the new entities to maintain systems and processes to ensure they have the capability and capacity to give effect to the principles of the Treaty and to engage with Māori and to understand perspectives of Māori: Webster’s preamble, paragraph 7. Litigation risk which does not exist now will be deliberately created by the proposed legislation.

Paragraph 7 also recorded agreement for Te Mana o te Wai to be included in legislation. This means that “water service entities will need the ability to connect governance with delivery on the ground at a hapū/whānau level” (paragraph 16).

The Cabinet paper contains no principled basis for making the provision of the three Waters services subservient to iwi/Māori. Its impenetrable language is a smokescreen for a political determination to put these assets under effective iwi/Māori governance and control by the structure the legislation will create.

Sound a good way of choosing directors to make decisions about delivery of water services?

Judge for yourselves from what Cabinet agreed.

The board of each water services entity is required to have general collective competence in understanding the principles of the Treaty and mātauranga Māori, tikanga Māori, and te ao Māori, and members with specific expertise in supporting and enabling the exercise of mātauranga Māori, tikanga Māori, kaitiakitanga, and te ao Māori with respect to the delivery of water services. As noted above, the entities will also need “the ability to connect governance with delivery on the ground at a hapū/whānau level.”

The Minister’s aims are clearly revealed by paragraph 26 where she says, “my reforms of the three Waters system provide the opportunity for a step change in the way iwi/Māori rights and interests are recognised throughout the system.”

The three waters proposal has been deliberately designed to give iwi/Māori the predominating governance influence. In addition, as Hunter pointed out, it was agreed that the water services entity would fund and support capability and capacity of mana whenua within an entity’s boundary to participate in relation to three waters service delivery. Bear in mind that getting a return from an asset is a right attributable to an owner. Therefore, the proposal would confer on iwi/Māori, but no one else, a direct attribute of ownership.

We live in a “free and democratic society”. For example, the rights and freedoms contained in our Bill of Rights may be subject only to such reasonable limits prescribed by law as can be demonstrably justified in such a society. Yet, the proposals are advanced notwithstanding the “democratic deficit”, as Tim Hunter put it.

This will indicate to many that there is something deeply wrong with the proposal and that it shows that those advancing it are prepared to sacrifice something that should be dear to all.

Unfortunately, it is not dear to all as the manifestly undemocratic nature of the three waters proposal demonstrates. Philip Joseph in his Constitutional and Administrative Law (5th Ed, p 90) records that at the Constitutional Conference in 2000, “Vocal Māori advocated entrenching the Treaty as supreme law and rejected the Western political ideal of “one person, one vote”. Representative democracy was a Pākehā construct that continued the subjugation of Māori.” The government has succumbed to sentiments such as those, for if a free and democratic New Zealand were their concern, they could not have gone down this path.

Here we have the Minister recommending and Cabinet agreeing to a section of society being given significant control of assets and substantial influence over the delivery of services which are vital to the health and well-being of all New Zealanders. This goes well beyond any obligation on the Crown to act reasonably and with good faith to Māori.

If Māori are seeking this — and it is not at all clear they are, for the Paper suggests less than enthusiastic involvement by the Māori who have had to be persuaded to consult and will be paid for their involvement if the system is established — they will hardly be discharging their obligation to act reasonably and with good faith in their dealings with the Crown (taking the Crown to be representing all New Zealanders).

The government has an ideology-driven desire for centralised bureaucratic control. They do not care if it divorces providers from the communities they are supposed to serve and reduces accountability. In doing so they are taking the opportunity to indulge a sectional political constituency at the expense of the principles of democracy and the community.

* Gary Judd has been a Queen’s Counsel since 1995. He was chairman of ASB Bank from 1988 and its associate life assurance company, Sovereign, from 1998, until 2011. He was chairman of Ports of Auckland for three years and was a prime ministerial appointee to the Apec Business Advisory Council (ABAC) 2009-12.