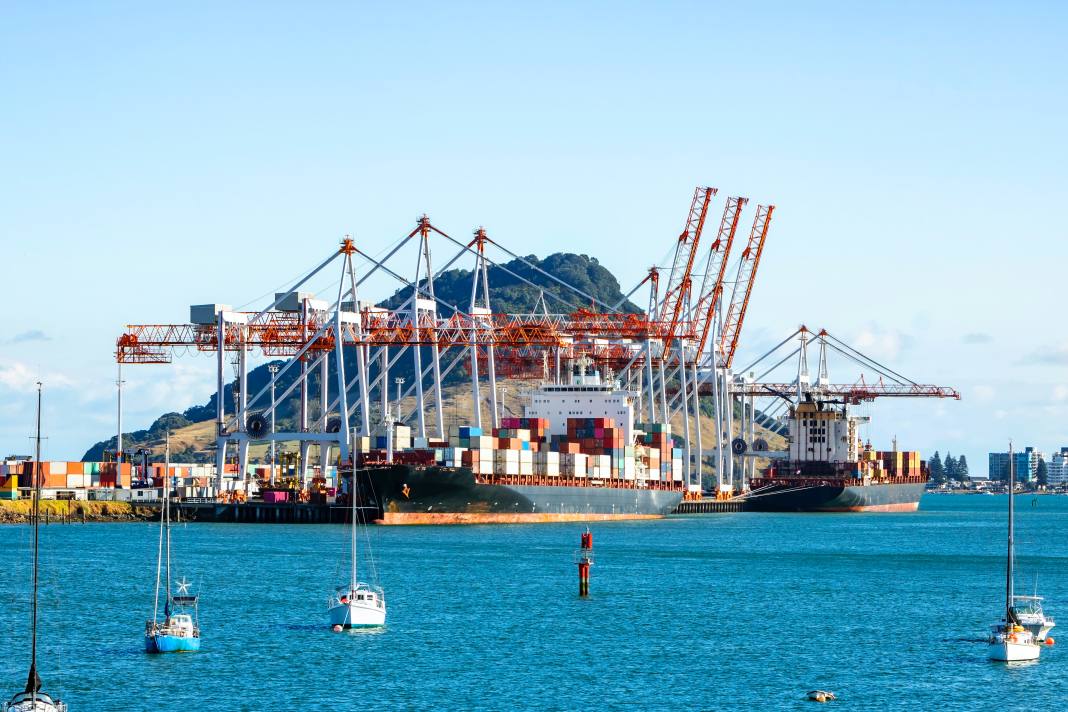 The country’s biggest port here at Tauranga risks running out of capacity if it doesn’t get the green light very soon for a long-mooted container berth extension.

The extension has been planned since 2018 and is considered by export and import leaders to be “critical” in New Zealand’s infrastructure as freight volumes balloon. The consent is now awaiting a resource consent hearing date in the Environment Court, according to a New Zealand Herald report by Andrea Fox.

It was declined for the government’s shovel-ready and Covid fast-track infrastructure project programmes in 2020 and 2021 respectively.

The project has lost a year through these unsuccessful processes, and now the port is “running very tight in terms of capacity matching volume demand”, according to chief executive Leonard Sampson.

It was likely to run out of capacity in 2024-2025 if current annual compound freight growth continues. The berth will take up to two and half years to build.

Leaders of some of the country’s biggest earning export industries say they’re concerned about the threat to the port’s container handling capacity. They’re urging the Government to urgently recognise the delay issue. The NZX-listed port handles 42 per cent of New Zealand’s container traffic.

On the drawing board since the Sulphur Point container terminal was developed in the early 1990s, the 220 metre extension would allow more big ships to berth and provide capacity for an extra 800,000 to 1 million containers to be handled – or as Sampson puts it, a decade-plus of growth headroom.

In 2018 when Port of Tauranga called in Netherlands-based global container terminal experts TBA to analyse its capacity, the port was handling just over 1 million containers a year, said Sampson. It’s now handling 1.25 million.

“They identified in terms of the current footprint that without the additional berth we had capacity for around 1.5 million TEU (20 foot equivalent) containers.

“Compound annual growth over the past five years has been 7.4 per cent … delay in getting consent means we are running very tight in terms of capacity in matching volume demand,” said Sampson. “If we continue growth of seven percent we will run out of capacity in around three years.”

“We have a construction 2 to 2.5-year timeframe so we have a very short period of time before it starts causing challenges.”

The port’s resource consent application is for a total of 380 metres of berth development at Sulphur Point and the Mount Maunganui wharves opposite. But the priority job is a first stage 220 metre extension to the existing terminal wharf at Sulphur Point. The $68m build would create 368 jobs during construction and 81 permanent jobs on completion, according to the New Zealand Herald report.

Sampson said there are no plans currently to develop the Mount Maunganui side, but the port needs to be ready to develop other berths according to cargo demand.

“Most people don’t seem to realise we are just talking about a berth (at Sulphur Point) on an existing (structure) which is already being used for the port. There’s a big rock wall there at the moment, part of the sea wall reclaimed when Sulphur Point was built. Some dredging is required but only a small amount. Most of the dredging is already consented.”

Meanwhile, major port users are concerned about the delay in a start on the berth, which when added to the existing 770 metre container wharf, would make the quay about 1000 metre long, improving tie up space for current sized big container vessels, but also providing for future ship size growth.

Related: Port of Tauranga invests in the future