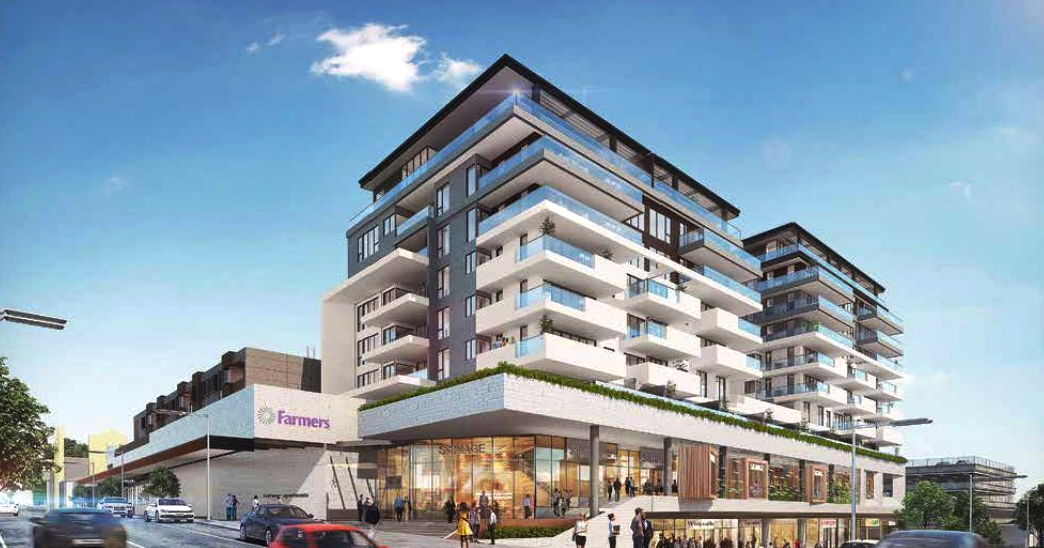 Despite reports that this year may see a slowdown in economic activity in New Zealand, it doesn’t seem to have hit the wider Western Bay yet.

But there is concern on the part of smaller retail operators in Tauranga’s Downtown CBD that the current flood of commercial property investment and strong retail growth outside the CBD could make trading conditions even more challenging.

Priority One’s latest building consents report showed Tauranga City Council issued the highest value of commercial consents ever in March. The majority of the record $68.7 million in Tauranga commercial building consents was for retail development. The largest consent was for $23million as part of the ongoing Farmers development on Elizabeth St, which has moved to Tauriko Crossing for the duration of the build.

There were also 29 individual consents totalling $4.5million for tenancy fit-outs at Tauranga Crossing in Tauriko.

Outgoing Tauranga Chamber of Commerce chief executive Stan Gregec said the city’s commercial building sector was in good heart and the development of shopping malls and the new Farmers’ building in the CBD were going full steam ahead.

But Gregec also expressed concerns that the strong retail development in areas such as Tauriko Crossing risked sucking the life out of a CBD that is already being buffeted by major disruption in terms of roadworks and new building.

“You’ve really got to be quite sharp as an operator to be able to survive in this kind of environment,” he said. “The smaller owner-operators are feeling the most pressure.”

Gregec said much of the disruption would be temporary. For example the new University of Waikato campus in Durham Street was a huge plus for the city. But Durham Street was currently a shambles from store owners’ points of view and has limited their access to customers. Essentially, the new campus development had been accompanied by the updating of underground services the length of the street, which was logical, but had gone on longer than expected.

The chamber and Mainstreet Downtown Tauranga, with support from the TCC, has been putting in place a support programme to help the businesses manage the current challenges.

“We’ve got lots of different types of businesses downtown that have been quite successful over a number of years now having to rethink how they adapt to new circumstances,” said Gregec.

“We put our hands up and looked at what we could do to support these smaller independent stores to manage this disruptive time. We’re getting them to look at how they run their business and what more they could be doing to counter these other trends.”

So far, the programme has included a recent workshop by well-known entrepreneur and retail expert Suzie Johnson, who created the Oosh fashion brand, which attracted 30-to-40 local businesses.

To do business in any retail area across the world now you have to be really savvy and innovative. You can’t trade the way you traded even a few years ago.”

“The Downtown CBD is going through a transformative change,” she said, noting that there had been some dislocation with the building work.

“But we always say that if your offerings are brilliant people, then people will still come. The offerings are still there, we have a beautiful waterfront with waterfront steps, the university has opened, and Durham Street is being transformed. The Farmers’ development is a hole in the ground at the moment, but when it’s completed it will be amazing.”

Cooke emphasised that while Downtown Tauranga had been the conventional retail hub of the region, it was not only a shopping precinct.

“It’s a mix of retail and commercial. The commercial sector is fine as it’s not affected by foot traffic and the like. Some people have moved out – but others are moving in. You can’t take that many businesses out of the city centre and not impact foot traffic. But there is vibrancy in the city centre.”

Cooke notes that the movement has largely been a result of the considerable amount of earthquake re-strengthening across the city, not because people were giving up on the downtown.

“We still have businesses in the city that are doing really well. To do business in any retail area across the world now you have to be really savvy and innovative. You can’t trade the way you traded even a few years ago. We are going through this massive growth and transformation phase. Yes there are growing pains and it’s a period of reshuffling while businesses move around.”

She added that the return of Farmers to the central city in a couple of years would make it much easier to attract some of the bigger brands back to the downtown area.

Priority One’s Annie Hill, who closely tracks property investment in the city for the Tauranga economic development agency, said the list of developments underway, planned or completed in the city centre from July 2018, comes to approximately $370 million-plus.

Hill said that Tauranga was following an international trend, with a CBD that is transitioning from being a retail destination to a more mixed- use area driven by office-based businesses, residential accommodation, education, entertainment, hospitality and arts and cultural offerings.

“We have seen a trend of professional services firms moving back into the city centre as their staff want access to more activity and amenity options, and there will be a significant increase in vibrancy as the development potential for more apartment living is realised.”