Communication is the key 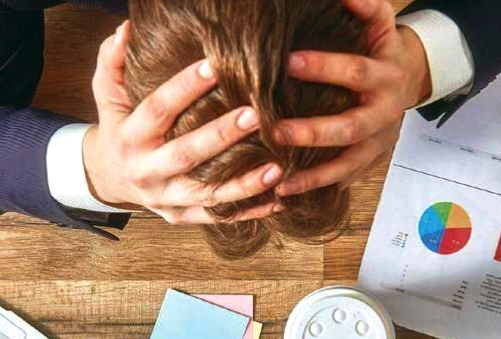 In the 13 years I have been working in credit management in Tauranga and the wider Bay of Plenty, I keep hearing the same phrase time and time again regarding seriously overdue accounts – “If only the debtor would talk to me we could work something out.”

After a certain period of time, small issues get magnified and it often becomes more about the principle of the situation rather than the actual amount of money owed.

One case that illustrates the above is a debtor of a construction supply company that I work with.

The debtor owed $2000 and didn’t get paid by a client, so found themselves in a position where they could not pay the Invoice within Terms.

The debtor had an otherwise good trading history and a good relationship with the supplier, but out of embarrassment he dreaded making the call to our client explaining the situation and working out a plan.

Fast forward one year filled with numerous communications from our client, all unanswered and we ended up getting the file and our collector made contact.

The debtor said: “I could only afford $50 a week against the invoice, but I didn’t think they would take it.”

Our instructions from the client who loaded the debt said that they were happy to accept a payment plan of $50 a week until paid in full.

If only the debtor had answered the calls or made a call and offered the payment plan, the debt would have been paid in full already and he would still have a valuable relationship with a good supplier.

Of course, being paid on time and in full is something that businesses should have the right to expect.

But in life and indeed in business, we all understand that things happen that are unexpected – the death of a loved one, a health scare, an accident or relationship split.

If customers are upfront with suppliers about what is going on, they will find that an overwhelming majority of suppliers will work with the customer and find a way to go forward.

This also strengthens the relationship and creates customers that are not just referrers, but advocates.

There is a huge difference between a habitual debtor and a situational debtor.

Using credit reporting tools like Equifax, Centrix and others can show suppliers the difference.

One is a good credit risk who is having a minor and temporary cashflow shortage or hiccup.

The other is a predatory money vampire who could bleed your business dry.

Businesses who cannot tell one from the other, run a real risk of actively driving away good longterm accounts that could pay dividends for years.

There are a great number of debtors I have encountered who are relieved after we have collected the debt and tell me they should have cleared the amount ages ago because it had been preying on their mind.

There are two sentences that are crucial in communicating on debt issues – “this is why I couldn’t pay that invoice” and “this is how I propose to get it cleared up.”

Having an all or nothing mentality when it comes to late payment situations often ends with nothing rather than everything, because every day that goes by makes resolution less likely.

I do not know one supplier who would not take an offer of a plan that gets them paid in full over a reasonable period of time, rather than nothing, ever.

As long as communication is timely, proposals are realistic, payments are made as promised and situations are not repeated, you can often prevent a speed bump becoming a brick wall.