All flash and no cash 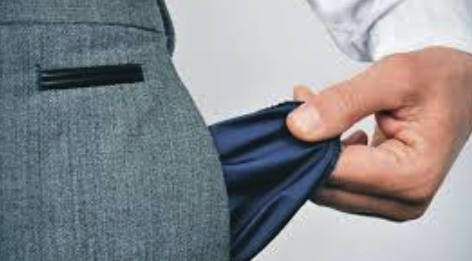 In my 13 years in the credit management and investigations industries I have noticed many behaviour traits that I see as counter-intuitive, but they keep presenting time and time again. One such trait is found in some business debtors, who seem to get flashier the more insolvent they are.

I can best explain the above by recounting a situation in my own life (some details have been changed for privacy reasons), A very good former friend of mine had his own company. It had a great reputation for workmanship, was turning over $2.3 million per year, was being offered more and more lucrative work every month, and from the outside looked to have made it in the world of business.

To visit my friend, you would have thought that he had won Lotto. He had every toy that a person could want, a very supportive wife and great kids who were privately educated and had the very best of everything.

With the benefit of hindsight, it is clear what was happening. He was spending more and more money at a time when he had less and less of it. People were constantly commenting on how successful he was and how envious they were of his lifestyle, when all along his business and life were crumbling.

It got so bad that he would borrow money at outrageous interest rates and then travel to a casino to try and multiply it, lose and then borrow more.

I sat with him one day after his company was put into liquidation, his three new European cars were unceremoniously repossessed, he lost his house and his marriage, was personally bankrupted.

I asked him why? Why did he not use the money that he flaunted to pay his suppliers? Why could he not be honest with his wife and say no when she wanted to go overseas or buy expensive furniture or cars? Why didn’t he ask for help in turning his fortunes around, rather than pretend all was fine and make the situation worse?

In my experience, this approach always ends the same way. To avoid eating a bit of humble pie and saying “things are a bit tough right now” and working a way out of strife, some people say rubbish like “yeah business is great, just spent 200k on a new Range Rover”. And then months later, wave good bye to it on the back of a repo truck.

So why do people behave as my friend did? It is more common that one would think, especially in my friend’s industry in the Bay of Plenty.

Of course there are the good old addiction drivers, such as meth and compulsive gambling, which can bring about financial disaster. But sometimes it is the flow-on effect of a loss event such as underquoting a job or project and contracting into making a loss so they then have to pull funds in from future work or deposits.

These then squeeze the margins going forward, so they again have to pull funds from future work or deposits, compounding the loss until the company becomes insolvent. When instead, this was the time for cutbacks to even out the profit margin.

Some business owners upgrade, expand or rebrand to hide the troubles that they are in, burdening themselves with even larger costs. In debt collection and liquidation investigations, we often see a large bubble of expenses leading up to an insolvency event.

In one building company liquidation case that we worked on, the owners spent $100,000 on credit cards in one month, when their normal expenditure would be less than $15,000 over the same period.

A professional services firm that went into liquidation doubled their staffing levels just three months earlier. Is it a desire to explode rather than fade away? Or a case of “we are in so deep, let’s throw everything we [and our creditors]have at trying to save this”.

In my experience when you have walked a bit too far out towards a financial cliff, taking a step back will always be preferable to taking the step over the edge.