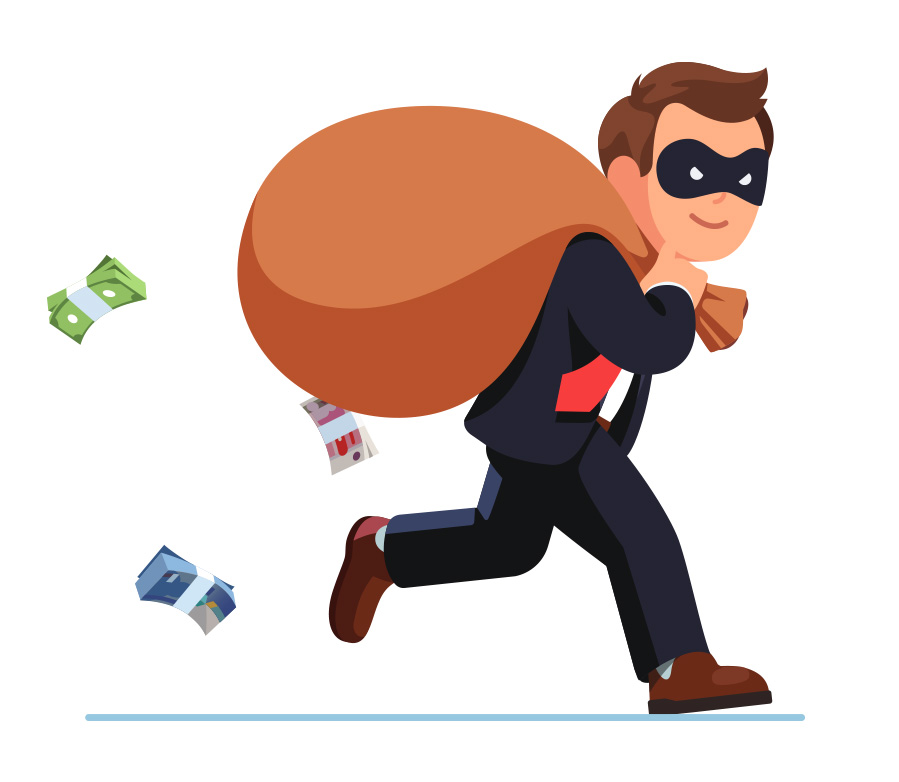 As a private investigator and debtor behavior consultant, I am always surprised at how people seemingly walk blindly into situations where they lose their shirts when all the warning signs were there.

I used to be surprised when people suffered losses caused by people close to them that they would never suspect. Now that I have somewhat worked out the science behind trust I am no longer surprised.

What we have noticed as a disturbing trend in over 3000 cases is that there appear to be levels of greed and opportunity that can even eclipse the trust in the closest of relationships.

The aforementioned are the levels of enrichment, or potential enrichment, at which we have found people’s moral bonds to others become malleable and greed is able to overtake loyalty.

In my time I have seen children mount campaigns of destruction against their parents to take now what would probably be left to them if they had the decency to wait.

I have seen business partners drive their business onto the rocks on purpose so they can take the remnants for themselves in the hope that they can rebuild, then take all the profit, destroying not only their business but their own reputation in the process.

Here is an actual example from the first scenario: I was investigating a person in a certain industry for a fraud allegation;

We found proven fraudulent activity concerning his conduct with six of his previous employers and over $4 million of provable losses due to his actions.

A client rang me and said he was looking at getting into business with the very person I was investigating – I told him what I knew and advised him not to entertain doing business with this particular human.

I asked the client why he would want to be in business with someone who had proven themselves to be untrustworthy. His response was that there was potential for him and the investigation subject to make a million dollars in their proposed ventures.

I explained that the last six times he had joined with business owners they had lost over $600,000 each, rather than making the $1million promised.

Although my client had the clear information presented by an objectively credible source he still decided to work with the investigation subject and lost $250,000, his reputation and a good deal of his business network.

So what is the answer?

What I have found is that the best advice regarding a situation is garnered from those who have nothing to gain or lose whether the advice is followed or not. Being able to give value in such a situation comes from not only knowledge but from objectivity and a lack of attachment to the outcome other than the wellbeing of the person asking the advice.

Some of the best advice I have ever received regarding business and personal issues have come from complete strangers with no prior knowledge of either the participants or subject matter.

As human beings we cannot help our experiences or personal bias colouring the advice we give. The more of this we remove from the situation the more pure and valuable the advice is.

If you feel that a proposed partnership or business decision has both risk and reward seek the advice of someone who does not benefit from your downfall, and
for goodness sake……..listen to them.

Related: Know when it is time to quit