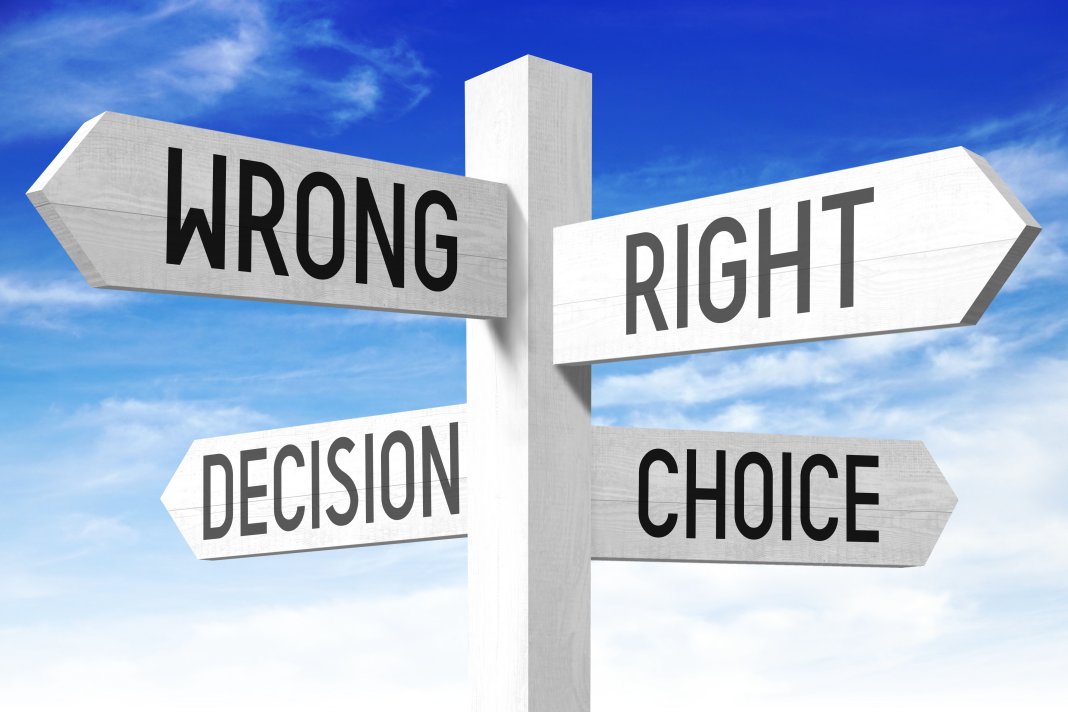 In my work I often hear people attempt to justify sometimes horrendous acts or very poor decisions due to it being something that they had to do to serve a greater “good” or they were contractually obliged to do so.

There comes a time when the excuses that you give yourself no longer work and you must face the fact that doing something that you know is wrong for the “right” reason is simply doing something wrong.

There was a bit of a case in the early 20th century where certain members of a particular European country’s military regime committed unbelievable atrocities against entire people groups that would go against the moral fibre of all but the most depraved humans.

To a far lesser extent I have seen this attitude in the world of professional B2B selling where a salesperson has a target or a goal that they have to achieve and it seems the closer to the time limit of this target the more likely it is for doing the wrong thing (in my opinion) to seem ok.

“Attempting to serve two masters with convergent goals and requirements will always create conflict and an inability to ever fully satisfy either.”

One real life example is a salesperson that sold a company an employment and insurance solution that totaled almost $50,000 (over a payment plan).

According to the business owner the salesperson told him that if he didn’t do it he was risking bankruptcy and possible jail.

The business owner, obviously wanting to be compliant with the law and operate at best practice level, signed up and paid the monthly instalments.

He called me and asked me to look over the paperwork to see if he was doing the right thing.

After reviewing the paperwork and interviewing him about his business I discovered that not only did he not have any staff at all (he only used limited liability subcontractors therefore did not need to have employment agreements), but if he did have staff he could have got the entire solution from a top local employment lawyer for under $10,000 and have a relationship formed that could provide support as and when needed.

I myself have faced a similar conundrum, whilst contracting for a large company. We, as contractors, were asked to encourage clients to load files for action at the same time as setting up systems and processes that would make the need for actioning the files rare if not redundant.

As we became more and more well known for the systems and processes, this issue became more and more evident, resulting in frequent marketing action out to clients encouraging files to be loaded ( to the point where client would block all communication) until the conflict between these two activities became untenable.

The moral of this story is that attempting to serve two masters with convergent goals and requirements will always create conflict and an inability to ever fully satisfy either.

Read more: Relationships and other complications

Why debt collection is often a waste of time