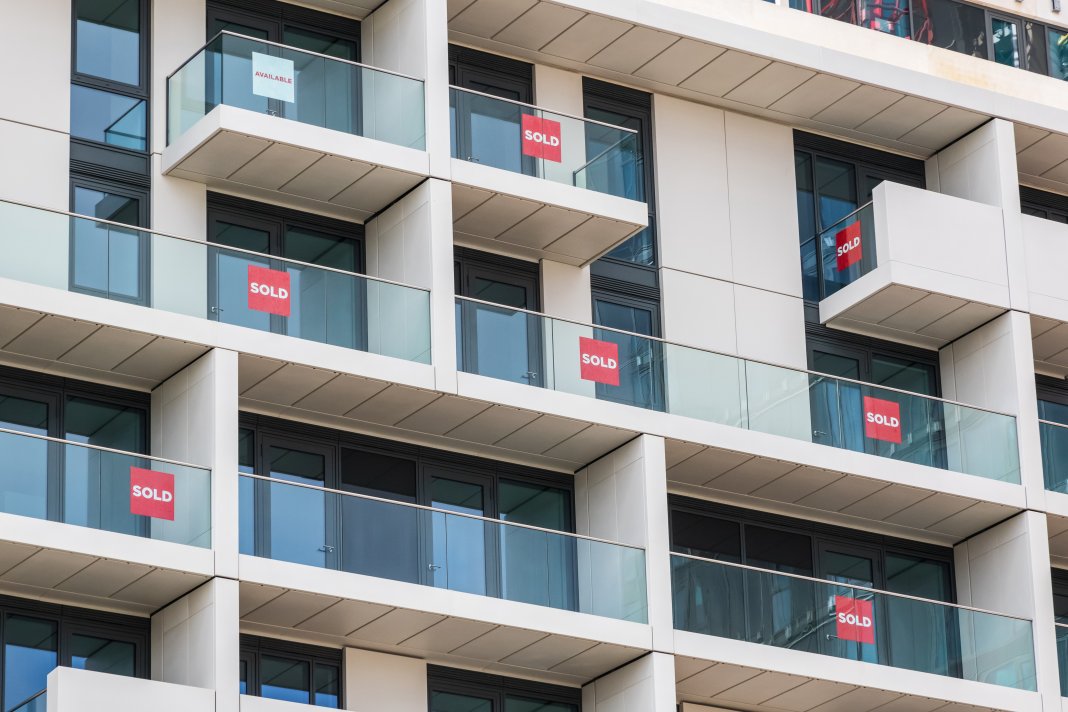 The Bay of Plenty is by no means alone in facing a critical housing shortage – nationwide home buyers have been facing many of the same issues. But what seems to be an especial problem in the Bay is that the shortfall is very much a mixture of two key issues.

One is the increasing attractiveness and prosperity of the area for incomers, and other is the difficult topography across the region, which has made housing growth expensive and difficult to produce.

As developers note, it isn’t easy to get new projects going here and some are deeply critical of past councils for not moving aggressively enough. There are some who in fact have welcomed the Labour government’s decision to put commissioners in charge of running Tauranga City Council, and many applaud the commissioners for making hard decisions about the future that had been put off for too long.

One of New Zealand’s most astute commentators on the property sector, Tony Alexander, worked as chief economist of the BNZ for 26 years before resigning in 2019 to hang out his own shingle. A widely quoted economic commentator, Alexander, recently addressed the Tauranga Property Investors Association in a Zoom seminar, and said that he expected house prices to continue going up at least into next year.

“If you can get your foot on the ladder then do so,” Alexander said he advised young people. “I don’t think prices will fall, but you’ll have a better range to choose from by summer. I think there will be some extra vendors coming forward over 2022.”

Alexander said he believed some house owners would be hoarding, but a lot would be thinking about selling. “The interest rates will go up a bit, and the sentiment will change,” he said.

“It’s that sentiment that has driven prices up so much.” However, Alexander said, he believed prices might be flattening out and that house prices would be more interesting for buyers by the second half of next year.

Nigel Tutt, chief executive of Western Bay of Plenty development agency Priority One, reinforced the view that there were two major reasons why housing growth rates had been so high.

“For the last six years the growth rate has been around 3.5 percent a year – double the national average,” he said. “If you grow that quickly you’re going to have challenges.”

The second reason was simply that the Bay wasn’t an easy region to develop in.

“It’s full of peninsulas and the geography doesn’t lend itself to your good old city type development,” he said.

“Development is not easy. You’ve got some pretty low-lying areas as well as peninsulas. And we’ve also collectively failed to build up as well as out. There’s no real incentive to change away from the traditional style of housing, even though the infrastructure costs are far too low.

“To build more high rises, the planning roles will need changes. But the costs for a developer are pretty much the same. Land is the big problem. Right now we can’t provide the capacity needed for what I believe is a very reasonable population growth estimate.” 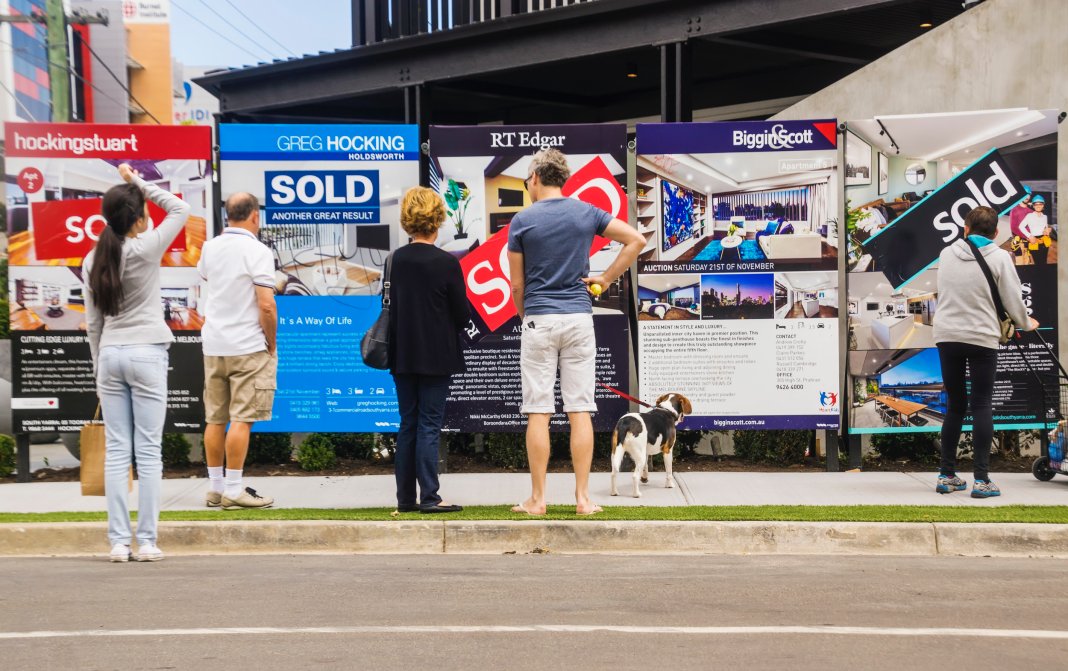 Scott Adams, who heads up one of the region’s biggest property developers, Carrus Corp, told the Bay of Plenty Business News there were a number of conspiring events coming together as a perfect storm.

“The first one is political. We’ve had decades of under-investment.”

Adams was dismissive of the past efforts of many city councillors, stating that they tended to be wedded to supporting the general view of older house owners and voters calling for “fixed rates for life”.

‘You end up with these guys who have no commercial experience, no qualifications and have never taken a risk,” he said. “Some of them can’t read a balance sheet. You end up asking people to run a multi-billion dollar city, but there’re no meaningful decisions getting made.”

Certainly not when growth and infrastructure are concerned, he said. Yet he felt the new commissioners had made some really tough decisions to move things ahead.

Adams is one of the leaders of the newly formed – and somewhat property-centric – Urban Task Force, which has recently sent off a letter to local government minister Nanaia Mahuta. It commended her for putting the commissioners in place. Adams also said he endorsed sentiment being voiced about extending the commission’s term.

“I want us to go back to a democracy, but we’re not ready for that yet so we need another three years with these guys at the helm,” he said. “And hopefully that period will start to attract better quality elected members who can actually govern the city the way it needs and deserves to be.”

Adams noted that one of New Zealand’s fundamental flaws was that local government was responsible for the planning and implementation of trunk infrastructure. In many other countries, it tended to be the central or state government that put the infrastructure in the ground. In addition, the Local Government Finance Act caps the amount of money that can be borrowed. “That will have to change and I think the government has realised that, and that’s why you have all these reforms coming in to change it.”

Adams takes the view that a particular problem for the Bay of Plenty goes back to the high cost of land. “You’ve got very rich horticultural soils here and people are starting to pay big bucks for canopy ha,” he said.

“Then you have to get it rezoned, which takes time and involves a minefield of national policy statements to be navigated.”

His view was that it was difficult to find a way through national policies on issues such as the environment in order to carry out urban development.

In the end developers might be best off to pay massive premiums for land that is already zoned residential. “You still pay massive amounts of money and just sit there land banking for years,” he said.

Peter Winder, who recently tendered for and took over as chairman of Smart Growth from Bill Wasley, who was appointed one of the Tauranga commissioners, said there were a number of property rising issues facing the region.

Winder said these were “… fundamentally rapid population growth and high rates of previous pre-Covid immigration, as well as quite significant domestic migration towards attractive places to live, like Tauranga and the Western Bay”.

The increasing acceptance of home offices was one element he said, noting that the ability to work from anywhere means that people have more choice as to where they live than they might have had previously.

“Other things for the region include the fact that we have had a very strong export economy and the resurgence of kiwifruit,” he said.

“All of these things that are part of the BOP economy have contributed to that. Even in a post -covid world, where net inwards migration from offshore has been zero, the potential for ongoing moves out of Auckland towards places like Tauranga remains high.”

Winder said that, on the one hand there had been very strong growth and on the other, Tauranga and Western Bay were quite complicated and constrained in terms of their topography and the availability of lands that can sensibly be developed for housing.

“And that’s not necessarily a result of crazy planning rules. It’s a reflection of the particular geology and topography and it’s part of what makes the area attractive. We have wonderful beaches and a beautiful harbour, but it’s a tricky place to build.”

Tauranga City has recently written to the Ministry of the Environment and made it clear that in the medium term it is unable to meet the requirements of the national policy statement. However, said Winder, there was regular ministerial level engagement with the Western Bay and a number of groups supporting Smart Growth.

The work on Smart Growth provided an opportunity to deal with a range of really complicated questions in one of the areas most challenged by growth, said Winder..“Yes, we will see progress, but it won’t be overnight.”