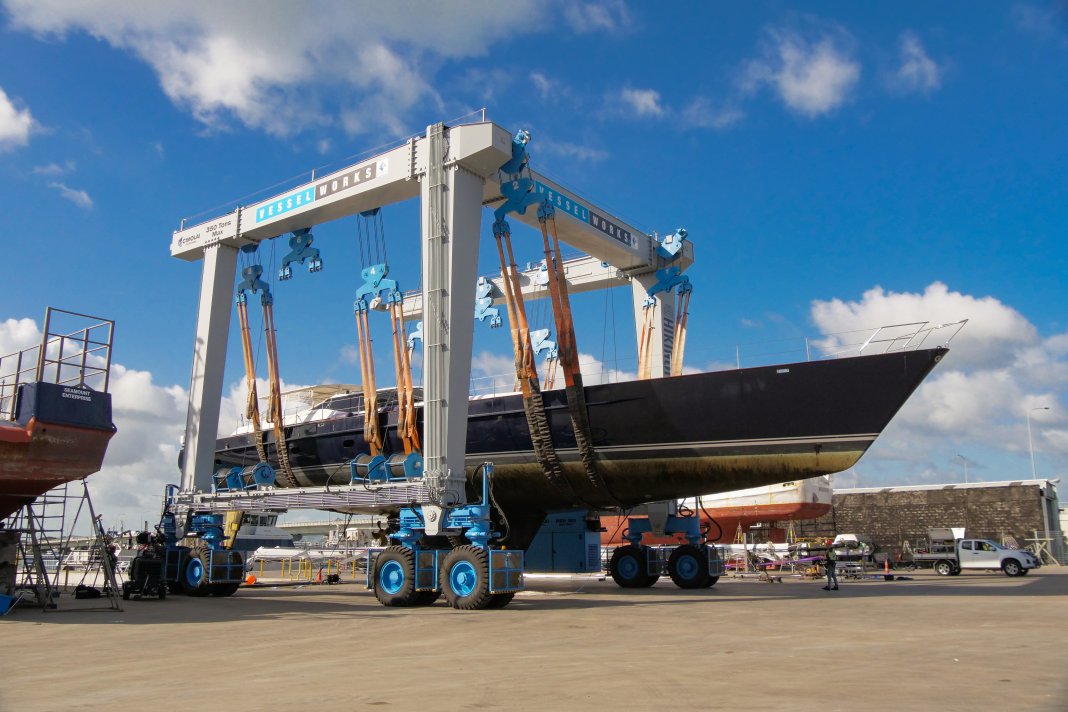 Super Yacht Coatings has been a key contributor to the success of Vessel Works’ Marine Precinct.

The company, originally established in Auckland, had already built a worldwide reputation for its professional paint jobs when it became one of the original tenderers to the new Vessel Works operation in Tauranga.

It has also retained its operation in Auckland as well as diversifying into Tauranga.
Other companies based at the Marine Precinct have praised the company and noted that it has successfully drawn high level jobs and helped create work for other contractors at the site.

Woodward and Hanna have a combined experience of almost 40 years in the business.

Steele noted the yacht was originally built in New Zealand by Alloy Yachts in 1994, but had subsequently been owned overseas before being brought back for the the major New Zealand refit.

“This is a major restoration for Miss Silver,” said Steele.

“We’re delighted to be able to work on a yacht of this calibre in Tauranga, especially with its New Zealand history.”

Steele noted that the work on Miss Silver was providing work for most companies within the Marine Precinct as well as Super Yacht Coatings, which currently employs 40 staff, and has worked on a variety of major yachts on the Vessel Works hardstand since it began operations a couple of years ago.

Super Yacht Coatings is currently finalising its new facility and has worked on a number of significant New Zealand vessels since setting up operations in Tauranga.

Steele said having Miss Silver occupy the shed for six months was a positive for the company and the wider Tauranga Marine industry.

He said that said that obviously Super Yacht Coatings had been a bit worried as was everyone else when Covid-19 struck.

But the company had experienced a decent 12 months, especially from September onwards, both in Auckland and Tauranga.