The strong surge in kiwifruit volumes in coming years is bringing a need for more capital to be invested in the post-harvest sector and new ways of financing it.

A Rabobank report estimates the sector will need an investment injection of $750 million within three years to cope with a near doubling in fruit volume between now and then.

The 2020 season processed 155 million trays. Much of the surge in volume has come from the growth in SunGold plantings, totalling 700 new ha per year.

The fruit is also proving to be a heavy cropping variety, capable of generating over 15,000 trays a ha.

Rabobank senior horticultural analyst Hayden Higgins said the main sources for that investment would be debt and shareholder equity, and he was encouraged by the healthy balance sheets most post-harvest processors had to help fund the expansion.

Apata chief executive Stu Weston said Rabobank’s estimates were accurate, and the burden of expansion was shared by all processors.

Weston said calculating growth in fruit was a relatively straightforward mathematical equation, compared to estimating volume growth in some other primary sectors, such as dairy production.

“This is particularly the case with SunGold – it has less winter chill reliance and pollinates well, and it is easy to see five years out where we will be.”

On average, every additional 750ha of new licenced land sold by Zespri results in an increase of 10-12 million trays of SunGold fruit. 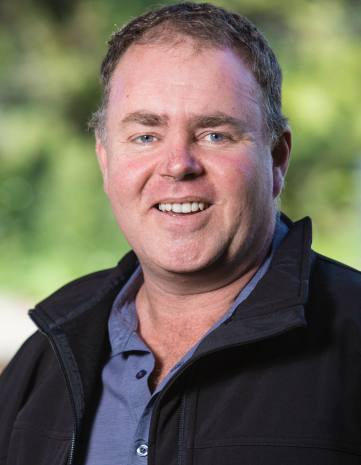 The sensible thing is for growers to own the post-harvest processing as they do the marketer, and I expect the majority of investment will come from growers. They won’t be that keen to give it to outside interests.” – Stu Weston

Debt not a bottomless pit

While debt was the easiest source of finance for the sector it was not a bottomless pit, said Weston.

He noted a conflict between orchardists who may be prepared to put money into the sector to expand infrastructure, and those who may not.

“Those larger younger growers would like to, but already have committed to investment in their orchards, while the older mum and dad investors have the funds, but don’t want to at that stage of their life.”

However, all orchardists had one thing in common and that was a reluctance to see an injection of external capital from large outside shareholders. “The sensible thing is for growers to own the post-harvest processing as they do the marketer, and I expect the majority of investment will come from growers,” said Weston.

“They won’t be that keen to give it to outside interests.”

One solution could be for post-harvest companies to have one class of share open to all investors, both growers and non-growers, with processors charging a higher service fee for processing fruit.

The additional revenue would feed through to higher dividends, encouraging more share purchases and with that more capital available for expansion.

“There is no free lunch, the service pricing on processing will have to become higher.”

The Rabobank report maintains that in theory growers could fund the entire $750 million, an amount Weston said was not unsurmountable when compared to the capital value of orchards.

But Rabobank estimates the post-harvest sector will probably need to source about a third, or $250 million as equity funding.

“But by hook or by crook, the fruit cannot be left on the vine and we have to figure out a way to fund the expansion that all post-harvest operators face,” said Weston.