From concept to reality to meet community needs 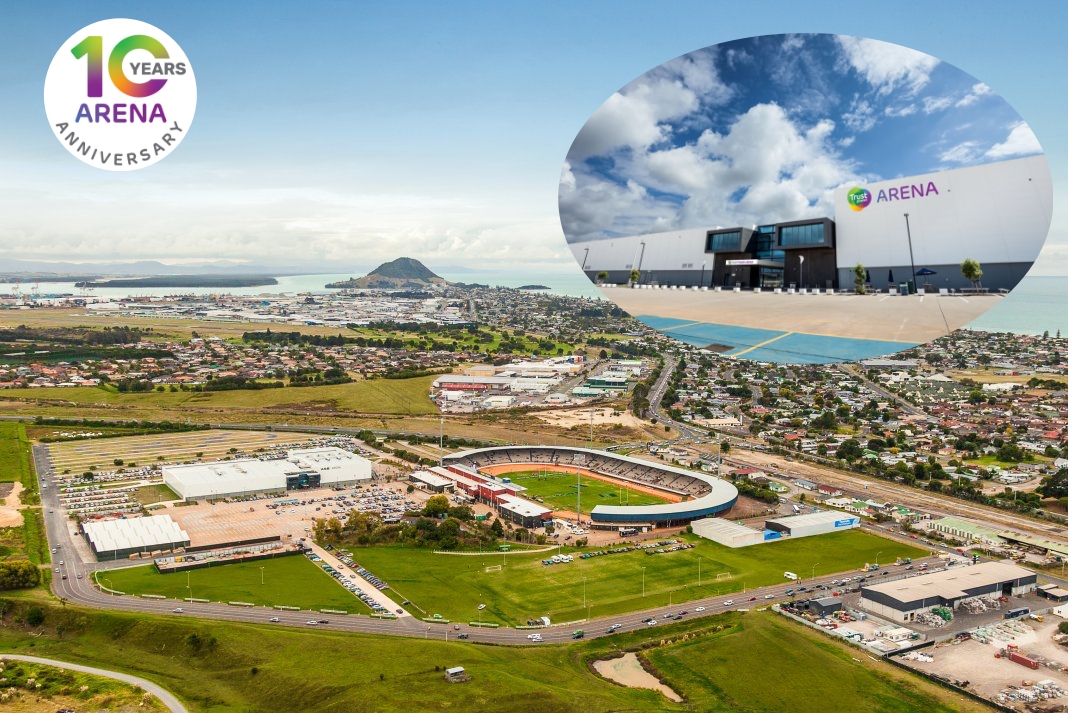 By 2005 the need for a new recreation, event and exhibition space for the growing city of Tauranga – which at the time had a population of approximately 100,000 – was identified.

At the time there were several single court facilities dotted around the area in addition to the QEYC. There was also the Mount Action Centre and a four-court facility in a converted storage warehouse – these were a gauge of the city’s requirements for more court space.

Meanwhile Baypark speedway had been re-established at the Baypark site on Truman Lane. The site boasted some 17 hectares of useable space, had great carparking and was a relatively central location.

The decision was made to build a new facility, initially named TISEC – Tauranga Indoor Sports and Exhibition Centre – at Baypark. It was intended to be a multipurpose facility for the region, accommodating community sports and other events.

Research was undertaken in contemporary venues throughout NZ and a concept was settled upon. Architects and contractors were engaged and in early 2010 the first earthworks commenced, officiated by then Mayor Stuart Crosby.

On time and within budget

In late August 2011 the new venue, named the TECT Arena to recognise TECT’s financial contribution to the project, was opened, on time and within budget – testimony to those managing the project.

The first event was the NZ Wrestling Championships, followed soon after by the massive Police Charity Luncheon, the first catered event in the new venue with just over 1000 people in attendance. Community sports such as netball, basketball, football and volleyball soon followed. The community immediately responded with over 250,000 users in the first 9 months of operating. This figure grew to one million visitors in early 2014 (in July 2021 visitors numbered 4 million).

Although something of a ‘baptism of fire’ for the operators, the launch was a huge success and the venue has gone from strength to strength since that time. Since opening patronage has increased every year (until rudely interrupted by the covid outbreak in 2020).

Build it and they will come

The classic, “build it and they will come” approach applied perfectly to the venue development. It has provided opportunities for a vast range of community participation events and event promoters, sports administrators and business organisations have brought a vast range of entertainment and commercial activities to the city.

The Arena has on many occasions hosted the Silver Ferns and netball tournaments, international basketball fixtures, NZ basketball finals, NZ gymnastics, NZ weightlifting, NZ wrestling and volleyball championships. One of the early highlights was the setting up of an indoor tennis court for an international tennis Davis Cup match.

Meanwhile the demand for community sports and activities continues to grow with major local, regional and national tournaments a feature of the calendar.

The venues contemporary design has seen it stand out and ten years after opening it still represents the high-water mark of such facilities in NZ. It is however now bursting at the seams with the growing population and associated increase in demand for space; The time is now right to expand the city’s amenities further. Planned expansion now could be every bit as inspirational as when the Arena was originally launched.

Read: A facility for the whole community