A facility for the whole community 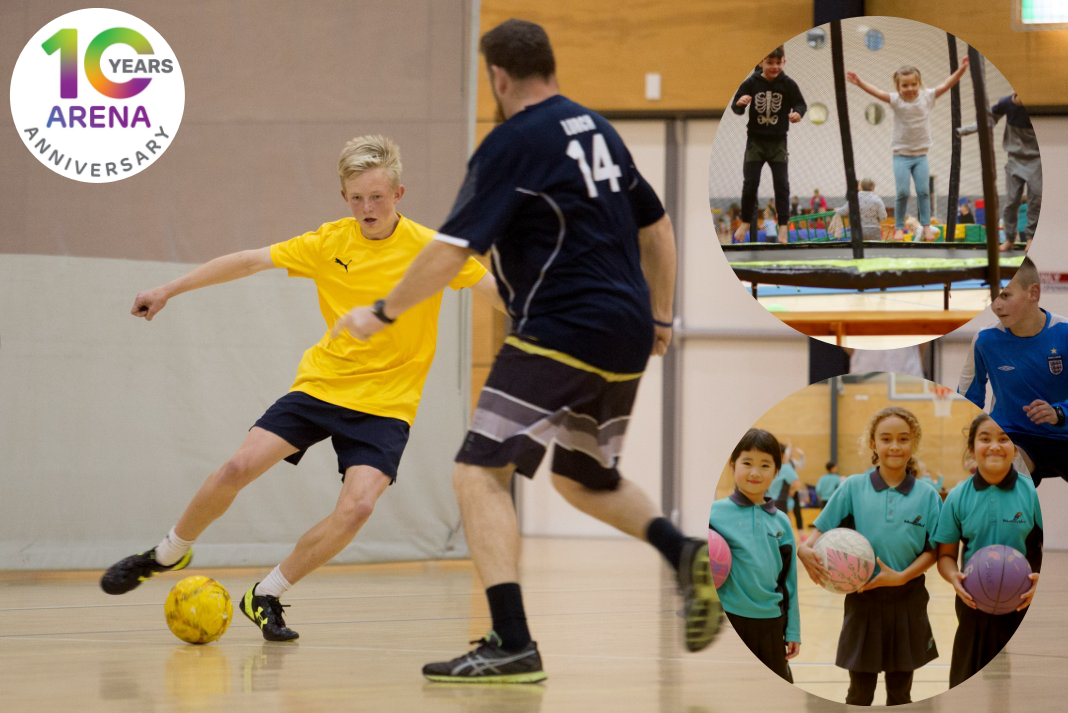 The Trustpower Arena is not only home to local indoor sporting codes, it also hosts numerous regional and national tournaments.

Almost every day the six-court side of the venue is abuzz with a variety of community activities.

Most weekday mornings start off with Tumble Time, a play-based programme for pre-schoolers, where the number of caregivers and toddlers can be up to 100 per session.

During the day the courts can be filled with primary school-aged children attending one of their favourite outings, Funky Fun Days, where the Arena programmes team facilitate a range of sporting, recreational and play activities which have school students coming back for more each term.

Space for people to drop in and shoot hoops

On other days Pickleball, or Walking Basketball take centre stage, both sporting activities for active retirees with space for people to drop in and shoot hoops.

The afternoons attract teams of youths turning up to play basketball or volleyball.
Then come the evenings when secondary school students and adults get their chance to participate in their chosen indoor sport, be it basketball, netball, volleyball or football.

Alongside the traditional structured sporting codes, locals can also participate in pay-for-play sports leagues – a great way for groups of friends, families or work mates to participate in social sport.

Sporting groups like Tauranga City Basketball have grown from strength to strength since the opening of Trustpower Arena.

When the facility was first built, basketball occupied the space just one or two nights a week, but now basketball is being played every weekday during autumn and winter and often in the weekends.

A feature of the annual calendar is the AIMS games, which utilises all the Arena spaces for the week of the games.

Trustpower Arena contributes to the fabric of our community. It is a place where people can come to compete, recreate, socialise, hone their skills, eat and build connections with others.

The New Year is well under way at Trustpower Baypark