Sampson takes over top role at Port of Tauranga 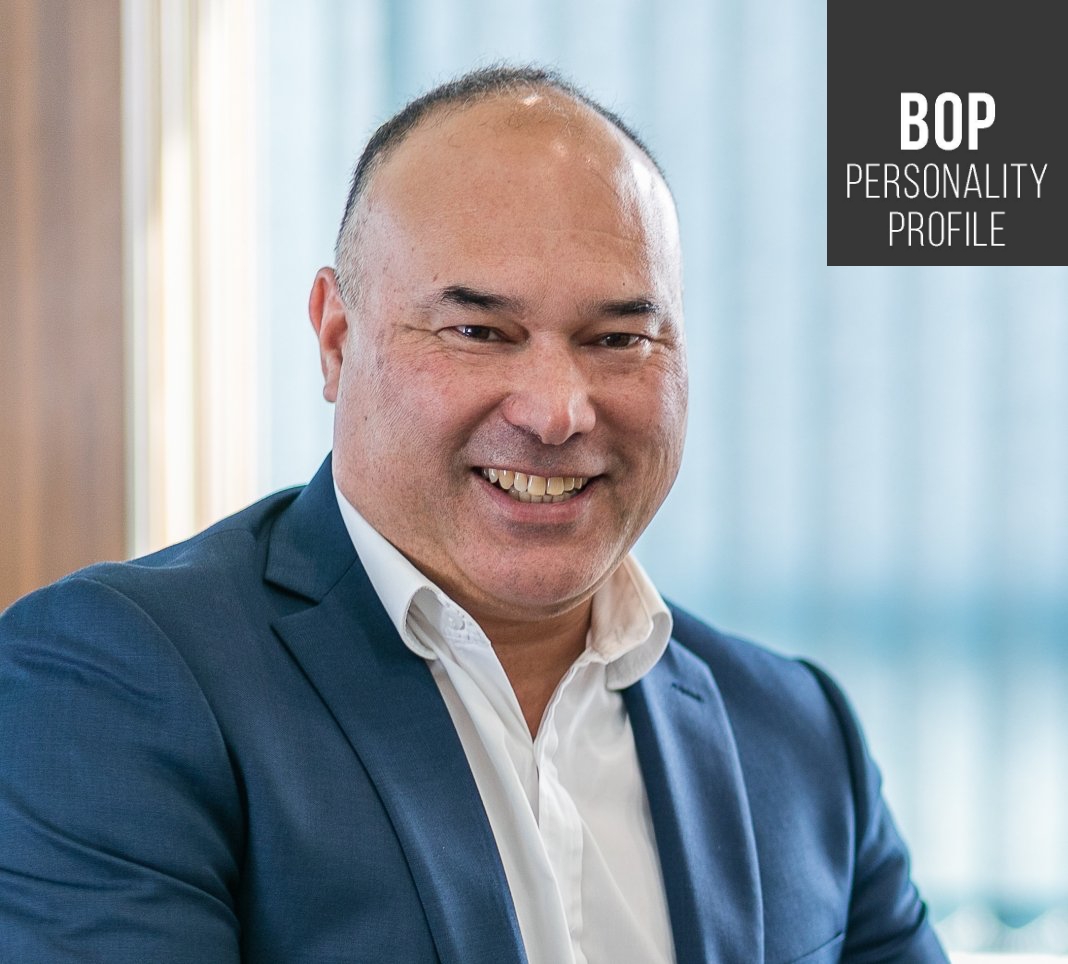 Leonard Sampson – who has just taken over from the long-serving Mark Cairns as chief executive of Port of Tauranga – was quick to remind the Bay of Plenty Business News that he had known and worked with his predecessor for many years.

Before joining the Tauranga port in 2013 as commercial manager for six years, he held senior roles at KiwiRail, Carter Holt Harvey and Mainfreight. He was subsequently the port’s chief operating officer for 18 months before taking over Cairns’ role.

Cairns told Bay of Plenty Business News in a recent interview that he was a strong supporter of Sampson’s elevation to the top job and also encouraged him to take up a recent three-month intensive Harvard Management Programme on-site course in the US.

“I already knew the port quite well and negotiated contracts with the Metro port in Auckland and knew Mark well,” Sampson said when he sat down with us for his first interview in his new role.

The new chief executive noted that he was already involved in a lot of the strategy of the port’s business and its delivery.

‘It’s difficult to say we’re going to need wholesale change and not also assume responsibility for things that are already being done,” he said.

“From a business perspective we’ve got some really good strategic initiatives underway. We’ve got a lot of growth in the industry. For example, the kiwifruit industry is growing and we need to be able to respond to those changes.”

Sampson noted that there were still changes evolving in shipping dynamics with vessels continuing to get larger.

“We will continue to see the consolidation of carriers,” he said. “In our view, essentially as the vessels get larger there will be fewer ports and greater levels of transhipment. “

Port of Tauranga is already now effectively the busiest port in New Zealand, he said.

“We have 2 million containers through the terminal a year at the moment,” he said. “We are the largest container terminal nationally by 45 per cent. We move 45 percent more containers than Auckland.”

Sampson was cautious in being drawn into comment on Ports of Auckland activities. However, he said Auckland clearly faced some challenges.

“From a NZ supply chain, and from a Port of Tauranga perspective, we really need them to get back to some level of productivity, but they’re not there yet unfortunately,” he said.

“That’s a combination of automation challenges and labour issues. It doesn’t really matter what they are, but from our perspective we just need them back.

The onset of Covid-19 has clearly played a role, but there were also delays in Auckland, he said. Most observers have noted the increased incidence of vessels being moored outside the port awaiting access to space at wharves inside Tauranga.

“The reality is we have had 100 less container vessels through the port this year compared to the same period last year,” said Sampson.

“Our schedule relies on the ship calling on Auckland first then discharging at other ports and picking up empties, and then moving on to Tauranga. Once it does that and it’s late, then everything is late.”

Sampson recently noted the chair of an international container lines committee in NZ stated they were accessing eight less voyages a year because of the delays.

Sampson was quick to point out that the Tauranga port had been fortunate to have quite a good diversity of cargoes that had performed strongly this year. “It’s been a tough year, but one that will be OK,” he said.

Covid-19 was certainly causing delays and congestion in some other ports in the world, including China and Singapore, he said.

“By the time the vessel reaches NZ there is typically a transit time – this affords the ability to catch up on some of those delays.

“They might get to New Zealand to three days off schedule. But that’s not the significant difference. When the vessel calls into Auckland first and discharges imports and then takes another seven days, the ability for us to catch up on time around the coast is difficult.

“There are more ships having to wait to get in because our berth windows are being extended – they’re all arriving off schedule.”

The Port of Tauranga recently attracted news attention because its announced plan to extend the scope of its berthage was knocked back. However, Sampson insisted the plan remained unchanged.

“Because of the growth and the response to the growing trade, we need to develop the Sulphur Point container terminal and as part of that we are going through a process to consent the development of up to 380 metres of a new container berth with the initial development likely to be 280 metres,” he said.

The extension is to the south of Sulphur Point.

“This has been in the longterm district plan for over 20 years.”

Last year the port was instead invited to participate with the extension in the government’s planned “shovel ready” projects.

Sampson noted there were some 300 jobs likely to come from the Sulphur Point extension, where geo tech work has already been undertaken.

“That’s because of the growth we are going to have there in terms of trade, but we were unfortunately declined through the ‘shovel ready’ projects,” said Sampson.

“We weren’t looking for funding, just to get going.”

Sampson said instead, this May the port expansion plan was admitted under the BOP Regional Council’s conventional consent process and it has also requested a direct referral to the environment court.

The relevant minister had suggested that was the path the port should look to undertake given the importance of the development.

“It hasn’t been knocked back, but just put on another path,” he said.

Read: Mark Cairns to step down from port role next year