Event company makes an impression at the Rotorua Awards

Established in 2002 by Jeff and Jacqui Alexander, who have a background in the hospitality industry, the company specialises in the styling, decor and execution of events.

Jacqui Alexander told Bay of Plenty Business News that it was the first awards the company had ever entered, and the goal had been to try and win their category.

“We decided to enter for the team – we all really work hard and the pressure is always on 24/7,” she said.

“We were delighted to win our category and just sat back after that. Then the MC read out our name for the supreme award and we were absolutely gobsmacked.”

Alexander said that, as a small husband and wife business without much external feedback, it had been cathartic for her and Jeff to go through the awards process.

“To put yourself on the line to be judged by strangers and have them come back and give you an appraisal of your business that puts you up as the Supreme winner was amazing,” she said.

The Rotorua awards had a total of 16 categories at stake with 48 entries and a record 634 registered attendees at the Energy Events Centre, with a 24-member judging panel determining the winners.

Bryce Heard, acting chief executive of organiser Rotorua Chamber of Commerce, said the strong support for the awards reflected the fact that the Rotorua economy was booming.

“The level of entries was very high and I know the judges were really struggling to separate some of the nominees at the top end,” he said.

The Business Person of the Year Award went to forestry sector veteran Peter Clark, who recently stepped down after almost four decades with PF Olsen – the last 20 years as chief executive.

The full list of winners and sponsors is in the accompanying table.

Heard said the awards tended to focus on the emerging businesses and the small-to-medium sized enterprises, with the larger, longer-established businesses tending to be the sponsors.

“Nevertheless we had companies like Red Stag taking away the community contribution award, which it richly deserves.

“And we had Peter Clark from PF Olsen’s awarded as the business person of the year.”

Heard – a longtime forestry executive and consultant – added that it was good to see the region’s important forestry sector represented amongst the winners.

“We also had a lot of Maori businesses in the award wins,” he said.

“Part of that reflects the fact that we re-jigged the award categories to make them more uniquely Rotorua. We put the primary sector in because they are the biggest contributor to the economy. We put in a bilingual award (won by Kahui Legal).

“This all restructured the awards so they reflected the makeup of Rotorua business. It seemed to pay dividends – it was a great night.”

“Red Stag does this by being a safe and caring employer of choice in the wood-processing sector, as well as through supporting Rotorua’s sports and culture – in particularly mountain biking – through facilities we hope all of Rotorua can benefit from as users or through the tourism dollars we help attract.”

Kilwell Fibretube: Won both the Innovation and Business Disruption, and the Judge’s Acknowledgement of Excellence Awards.

Peter Clark said the award had come as a surprise as he wasn’t aware he had been nominated.

“Forestry is a big part of the Rotorua and the wider Bay economy, so it’s good to see the sector recognised,” he said. “The more profile the better in order to interest young people and their parents and teachers in forestry as a career.”

PF Olsen was founded in 1971 by Peter Olsen. Clark joined the company in 1979 and became chief executive in 1999 after Olsen passed away. Clark noted in a recent company newsletter that he took up the role when PF Olsen was a relatively small business and had the support of key clients, staff and successive Boards to grow it into a substantial forestry services firm in New Zealand and Australia.

The company now has 200 staff and employs hundreds of contractors servicing forest establishment and harvesting operations across Australia and New Zealand.

Te Kapunga Dewes has recently taken over the chief executive role and Clark said he would be taking a short break and then looking at other opportunities in the expanding sector. He had come into the role at a time when PF Olsen was a relatively small business and had received the support of key clients, staff and successive boards.

“I feel I did my best in the circumstances for the company,” said Clark, adding that he had experienced a number of milestones in his career. He intends to take a short break then see how else he can best play a role in the fantastic opportunities ahead in the forestry sector.

“There has been a steady growth path for the company and you just have to keep on growing,” he said. “I’ve always been of the view that we as a nation do need some medium-sized and larger companies in order to compete globally. We’re nation of SMEs, but until you get to a certain size you really don’t have the resources to specialise, invest, innovate and compete.” 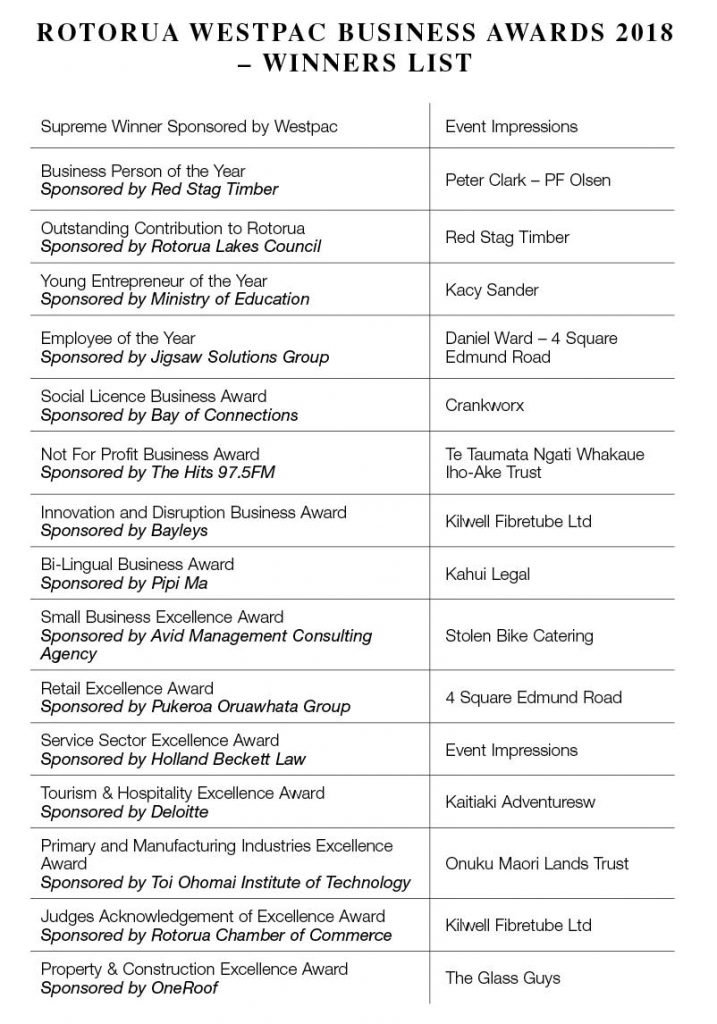