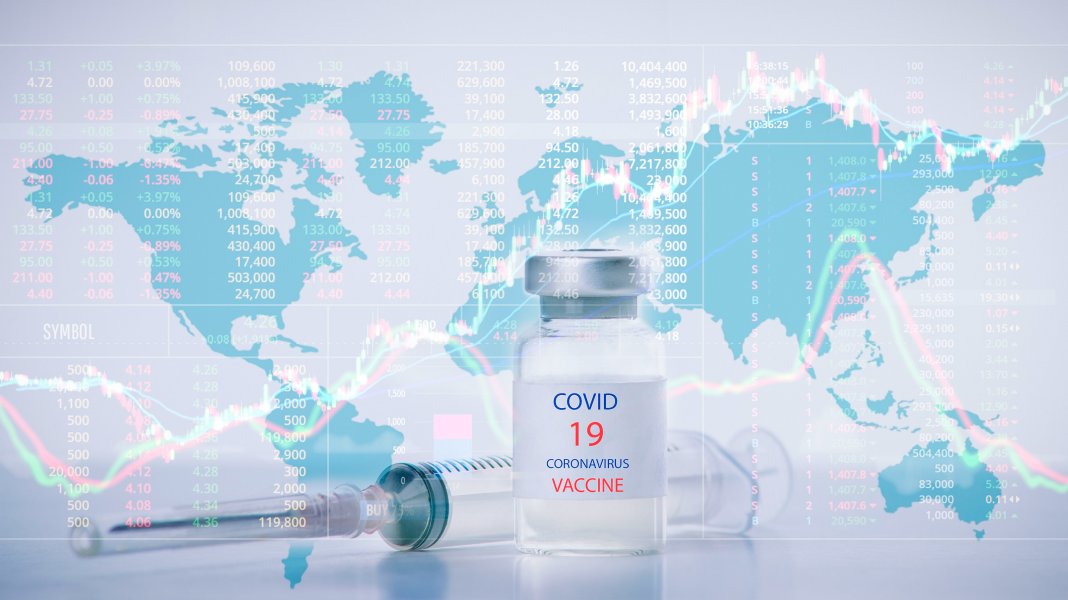 Global equity markets surged in November and December last year fuelled by two key events: (1) positive progress on Covid-19 vaccines, and (2) the outcome in the US election and prospects for significant further stimulus from the new Biden regime. Prices generally paused for breath in January.

The vaccine rollout has begun

The biggest news of the quarter was the positive trial results and initial rollouts of Covid-19 vaccines.

Israel leads the way with 57 percent of the population vaccinated as at 1 February, with the early evidence suggesting that vaccines are at least as effective as the clinical trials concluded.

The UK at 15 percent and US at 10 percent are the leaders of the major economies.

We’ll see a ramp-up of vaccine production and distribution through 2021 supporting slow, but steady, progress toward more normal economic conditions.

Democrats consolidate power in the US

After winning the Presidency and the House of Representatives in November, the Democrats secured a “Blue Wave” in January with unexpected victories in both Georgia Senate runoffs.

Vice-President Kamala Harris represents the deciding vote in the 50-50 split 100 seat house. Securing a Blue Wave should better enable President Biden and the Democrats to advance their policy agenda.

Biden has proposed a huge US$1.9 trillion stimulus package that will provide financial support directly to individual Americans, as well as assist in the distribution and rollout of vaccines.

President Biden is expected to push for another stimulus package in February focused on longer-term investments such as infrastructure and climate change.

Economic activity generally is bouncing back from easing lockdown restrictions.
In December, New Zealand’s third quarter GDP was reported up +14.0 percent quarter on quarter, the largest quarterly rise on record.

Despite border restrictions likely largely remaining in place, at least through 2021, we remain optimistic on the outlook for the local economy.

The key drivers should continue to be the boom in housing construction, as well as the recovery in global trade and rise in commodity prices lifting our national income.

Our “Covid-free” status is an advantage over many other economies in allowing normal domestic activity.

Globally, China’s economy was the first to rebound back to positive growth. The US economy has also recovered well with two back-to-back quarters of GDP growth in the second half of last year.

The rebound in US growth puts inflation-adjusted economic activity not far below the record high that was seen in late 2019.

The main impediment to a continued improvement in the global economy is, of course, Covid-19.

While the third wave has been rampaging through much of the northern hemisphere, recent data indicates it crested in the middle of January with both new infections and hospitalisations starting to ease.

The distribution of vaccines will support the recovery in activity led by consumer spending, and residential and business investment.

Optimism about the development and distribution of several vaccines along with expected substantial fiscal support from governments is paving the way for a recovery in economic activity in the year ahead.

We remain generally positive but we also expect the recovery to be uneven, which could cause market volatility in the year ahead.

For investors we focus on a number of key thematics and believe the following will be important:

The start of a year is often a time to reflect on your financial goals.

Your Forsyth Barr Investment Adviser is available to discuss your investment plans with you, at any time.