Zespri’s 2019-20 financial results have put the industry on a strong footing as it commenced its new season harvest amid the pressures of Covid-19 constraints and volatile market conditions.

The kiwifruit marketer announced its 2019-20 results in mid-June, with a record-breaking $3.36 billion turnover, including total fruit sales revenue of $3.14 billion. The results had the marketer returning almost $2 billion back to growers in payments, up eight percent on the year before.

“The coming season is one of our best-ever tasting crops and largest by volume, albeit with smaller Green due to the dry weather. – Dan Mathieson

Mathieson described 2019-20 as something of a milestone year that included the commercialising of Zespri Red kiwifruit, opening the new head office at Mount Maunganui, a brand re-launch and a focus on sustainability targets for coming years.

The industry had faced a major challenge heading into its new harvest season on the eve of the Covid-19 lockdown, forcing packhouses to close, re-configure and re-open with social distancing provisions in place.

Despite the restrictions almost all packhouse facilities had got back to 90-100 percent productivity on shifts, although some shifts had been compromised by a lack of staff to meet shift needs.

“The coming season is one of our best-ever tasting crops and largest by volume, albeit with smaller Green due to the dry weather.

Demand around the world is significant, driven by investment in sales and marketing and by demand for safe healthy foods which are high in vitamin C.”

The total volume of trays processed in the past year also represented a record, with 164.4 million New Zealand and non-New Zealand trays sold, delivering a net profit after tax of $200.8 million. Dividend return for this profit is expected to be 94c a share.

An early stumble in the wake of the Covid-19 lockdown was the loss of the taste profile testing capabilities from company Eurofins NZ.

The company had determined it was unable to meet the lockdown protocols and abandoned its testing contract with packhouses, leaving the industry without the taste profile test for the harvest season, which helps establish the final pricing they get from Zespri.

Sugar levels (brix) were used as a proxy indicator for fruit taste profile this season in place of the more specific taste test. But Dave Courtney, Zespri grower and alliances officer said the industry’s aim is to re-
commence the taste test next season.

“There has been no compromise this year. Quality and taste have been good thanks to a dry season. We are having a conversation now about how we will set things up for the new season.”

Courtney said most growers have been accepting of the loss of the taste premium this year, but the industry was keen to reinstate it, given its priority as a parameter for consumer acceptance. 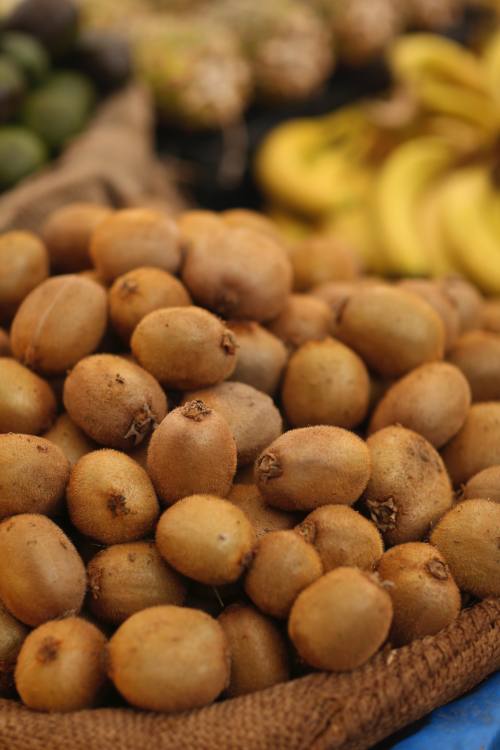 Meantime the tender round for the latest tranche of SunGold kiwifruit has just closed off, with a record average of $400,000 a hectare plus GST on the licence cost.

The jump of 37 percent in value on last year’s offering reflected strong continuing demand by growers for rights to grow the high value crop, with the offering oversubscribed by 900ha.

The tender included several large 20-plus ha bidders for the first time, reflecting the demand from larger scale investors on green-field or Green converted orchards prepared to pay above odds for access to the crop.

The average bid size reflects a continuing trend for orchards to increase in size, with this year’s average area of 2.4 ha up from 2.2 last year.

This year’s round also marked the first tender for the newly commercialised Zespri Red crop, with 150 ha allocated.

Courtney said the licence values reflect a level of on-going optimism by growers in the fruits’ future.

“We run a closed tender process and put out as much information as we can including a five- year outlook for people to make their own decision on wheat they value the licences at,” he said.

The value for SunGold licences puts it on a pedestal well ahead of other fruit licences, with the next closest being $100,000 per ha for Envy apples.

Courtney said Zespri has made no secret of the challenges in growing Red, including a shorter shelf life, smaller fruit size and lower yields.

However he was optimistic that in the hands of skilled growers these challenges could be overcome.

“The taste is good and demand is strong. On a per tray basis we believe it could be equal to SunGold, or a bit above that.”