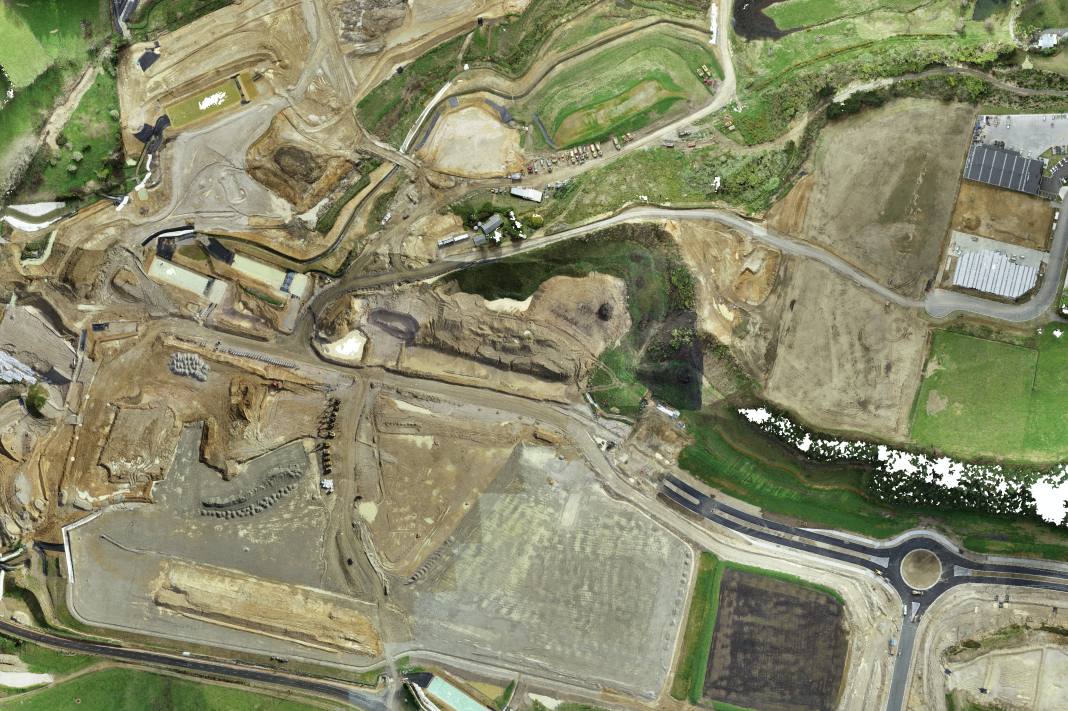 Tauriko Business Estate continues to experience high growth and demand, says Bryce Donne, Director of Element IMF, which has been developing the site since its inception in 2006.

With excellent access to the Port of Tauranga and the downtown Tauranga CBD, as well as Waikato and Auckland, Tauriko is comprised of approximately 200 ha.

Around 150 ha has been completed of net developed lots, and businesses are offered a choice of freehold purchase, design and build and ground leases.

The major constraint facing what has been one of the region’s most successful business estates, is the need for local and central government support for the infrastructure needed to develop further land options as the current zoned area of the estate has been largely developed.

“At the moment there is significant demand from business wanting to come here that we can’t cater for,” said Donne. “But for now we are still pretty hard out in earthworks and civil construction delivering what was sold over the past 24 months.”

Currently construction at Tauriko is focused in Stage Phase 3A – essentially the area between Gargan Road and Belk Road, while Element IMF is also focused on improving the amenities of the existing business estate.

“We are looking to improve our communication with our neighbours and other stakeholders, whilst also lifting our game in the estate in terms of more planting, walkways and general amenities,” said Donne.

Donne noted that the ability to bring on further land for development was dependent on advancing a number of local government processes, together with the provision of infrastructure projects, which require investment from both central and local government, in addition to developer funding.

The proposed Stage 4 at Tauriko Business Estate is about 100 ha predominantly on the south side of Belk Road.

We are still pretty hard out in earthworks and civil construction delivering what was sold over the past 24 months.” – Bryce Donne

This area is currently within Western Bay of Plenty District Council territory, but an application to move the boundary of Tauranga City to include this area is under consideration by the Local Government Commission.

If successful this change would pave the way for future delivery of infrastructure, but is only one of a number of processes and works required before the release of further business land could be achieved.

New infrastructure for the 3 Waters (drinking water, wastewater and stormwater) is required, but planning and design works to provide these in the time required are already well advanced, and are unlikely to be the factor holding back a further release of land.

“The biggest constraint to growth is the need for the connection of the internal Tauriko Business Estate road network to State Highway 29 at or around Belk Road. We realistically can’t release much more land at all until that happens.

This connection will also provide a safe and efficient replacement for the existing Belk Road connection which residents have been looking forward to for many years.”

Even right now there might be $500 million or more in private sector building projects that Tauriko could get going without any government money spent, if we could only get the State Highway connection built, said Donne.

“The estimated cost of the connection is in the order of $11 million, much of which will come from existing and future development contributions, requiring comparatively modest central government investment. To me that would look like money exceedingly well spent.”

“People want to come and locate where their contemporaries are.”