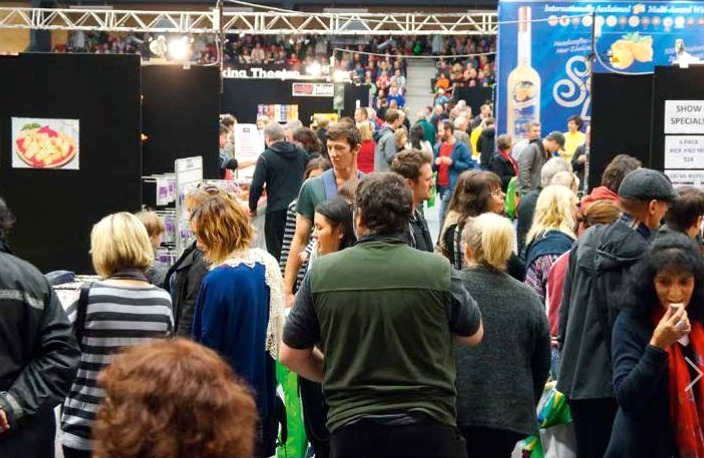 The Tauranga Home Show proudly launches its 20th anniversary show in 2019.  From humble beginnings, this iconic exhibition has evolved over two decades into the huge exhibition we see today.

Bay Events was established in 1995 by Raewyn and Graeme Martin, and has since put on over 60 trade events.

This includes the current ‘big three’, the Tauranga Home Show, the Seriously Good Food Show and the Spring Home Show, as well as previous events such as the Grow Expo, the original Tauranga Boat Show, and a handful of one-off expos.

In the beginning, the focus was on making shows successful for exhibitors.

“We quickly realised that we had to focus on visitors just as much as exhibitors,” says Graeme.

“We strive to create an atmosphere where visitors are happy to stay and enjoy the atmosphere, and from there they build relationships with the exhibitors.  Those relationships are the main driver for our business, and they’re why we are here today.”

The show, its exhibitors and its suppliers have grown together over the years, with some current exhibitors on board since the first Tauranga Home Show took place in the Mount Action Centre in 2000.

When Raewyn and Graeme discovered a group of dusty storage sheds at Baypark, they saw the potential for larger shows in what they later named the Pavilions, and moved their shows across town.

Bay Events was pleased to be involved in helping to evolve the Baypark site from a speedway venue to a community hub, including the Arena’s sport and exhibition centre.

“Baypark is incredibly valuable and meant a real step up for us,” says Graeme.

“It started out as 14 hectares of swampland, but with the facilities here the city has grown around it.  As a single-level venue with huge carparks and multiple loading zones, it’s one of the most workable event venues in the country.”

Raewyn and Graeme’s daughter Dana joined Bay Events in 2011 ready to drive the business further into the future, and recently their son Richard has also joined the team, creating a truly family business that is local and immersed in the community they work in.

Even in today’s digital age, exhibition-style marketing is strong and growing.  “Face to face marketing and dealing with real people is still key, it has become even more relevant,” says Dana.

“People are happy to buy online, but when you’re making big money decisions for your home, you want to look your supplier in the eye.

“At a home show, a supplier puts themselves directly in front of their customers, and as the organisers we aim to make that process an enjoyable one for everybody involved.”

Despite its growth and success, Bay Events still have the same ethics and goals that they did on day one.

“We succeed when our exhibitors succeed, and not before,” says Dana.

“By recognising that and striving towards it in everything that we do, we have created an incredible show that is now celebrating 20 years of helping the community build their dreams here in the Bay of Plenty.”