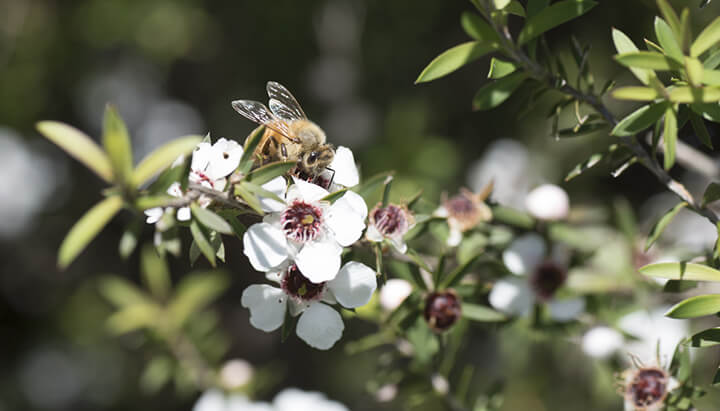 Ensuring Manuka honey is up to standard for overseas markets has been a vexed area for some years. And the new standards published by the Ministry for Primary Industries (MPI) earlier this year were criticised by many honey producers.

At the time an MPI spokesman acknowledged the anomalies and said the agency was working with industry to “monitor the definition’s performance.”

The first is around protecting the “Manuka” descriptor from overseas copycats and outright brand thieves. And the closest threat at present is just across the Tasman.

Despite having a local name for a similar honey, the Australian industry has been keen to ride on the coat tails of New Zealand’s success.

“Australian honey producers are taking court action after the UK Trademark Protection Council ruled that the term Manuka is a Maori term, and therefore unique to New Zealand.”

Rawcliffe said the industry here is digging in to protect what he sees as New Zealand’s first food trademark, hopefully the first of many.

The association has hired ex-diplomat and World Trade Organisation negotiator Ian Fletcher to push for greater trademark protection on Manuka.

European food producers in particular are adept at using Geographical Indications (GI) to protect products such as parmesan cheese or balsamic vinegar, defining their regions and methods of production.

Fletcher describes GI protection as the “Rolls Royce” of food product definition, which would put Manuka honey up alongside Scotch whisky and champagne.

At present New Zealand only offers this protection to wine and spirits – eg, “Marlborough” sauvignon blanc. Having the protection on a broader range of food products would close the gate on imposter products, including those from Australia.

Honey producers have had public support from Winston Peters, who at this year’s Fieldays openly questioned how Australian honey makers were able to get away with using Manuka for their
product.

“It is still some way off, but meantime we want to be loud and strong that Australia is off the mark trying to also claim Manuka.”

John Rawcliffe said his association was happy MPI was listening to the concerns the trial had raised. Officials were acknowledging the science was provisional and were open to joint efforts to implement improved standards,
he said.

Comvita’s Scott Coulter said he believed the release of the MPI’s Manuka standards and definition had given global markets greater confidence over the authenticity issues that have sometimes plagued the industry.

But he acknowledged the science behind the standards was always going to be subject to review as technology and knowledge grows.

“The next cab off the rank will be to bring the standards in for Manuka honey sold in New Zealand.”