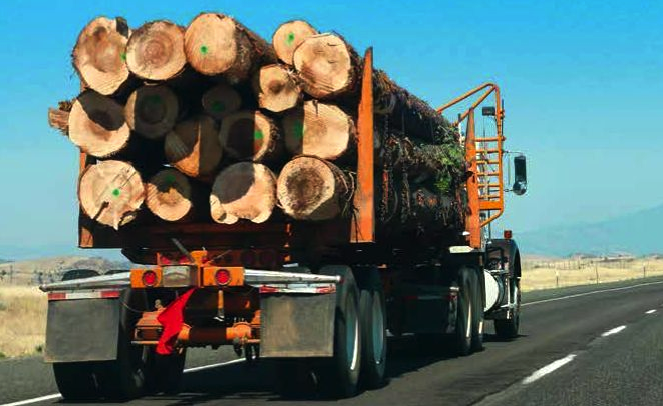 Is the recent fall in log export pricing a blip or a trend? We look at the sector’s long-term prospects.

New Zealand exporters have recently been hit by a major fall in log pricing in the key China market.

The drop has had a significant impact on both log exporters and some forestry contractors, especially those servicing smaller woodlot investors.

But although forestry analysts expect a recovery in the market, the longer term outlook remains uncertain for a key sector in New Zealand’s export trade.

And logs to China ($2.6 billion) was second only to dairy to China ($4 billion) as New Zealand’s top export commodities by destination.

Daily usage in China is still very strong. There is still healthy demand for our product.”

The reality of New Zealand’s forestry sector is that it remains a largely commodity business.

With few exceptions, New Zealand has in recent years been unsuccessful in developing further processing of forest products, leaving the country always vulnerable to downturns in the global commodity trade.

This was brought home again when CFR (Cost and Freight) sale prices in China for New Zealand logs dropped dramatically in the second half of June.

Scott Downs, business development manager for PF Olsen, says that from a sale price of US$130 JAS cubic metres (Japanese Agricultural Standard) the price dropped US$15 in one week.

Most exporters consider the market bottomed out in early July with the lowest A grade sales in the US$105-110 range. In his latest, August report, Downs says pricing has increased to range around US$113 per JAS cubic metre.

The market drop has predominantly been caused by an oversupply of logs and lumber, along with negative market sentiment caused by the China-US trade war, he said. In his latest report, Downs expects CFR prices to increase further, but says the trade war and now potentially a currency war between China and the US, could have an impact on log buyer confidence.

“There is still healthy demand for our product. The low was just at a time when there was too much supply, they were into their hot sticky months when they slowed down there, then wood started coming in from South America. That’s all stopping now.”

The average drop between June and July at wharf gate (AWG) prices was NZ$36 NZ per JAS cubic metre, and the drop in CFR, and resulting New Zealand AWG prices, was expected to have a significant impact on log supply. The domestic log price movements from July have stabilised and continued through August as Q3 log supply and price was locked in.

In his August report, Downs estimates a likely increase in sawn timber inventory in New Zealand as some sawmills have signed-up to a supply of logs at lower prices, yet don’t have the sawn timber sales to match.

Downs said that AWG prices were likely to pick up again. But he said that was in part a result of the supply chain momentum that is built in to the system.

“It’s because exporters have [pre-]booked vessels and they need volume to fill those vessels,” he said.

“With the reduction in wood supply, people are better off buying volumes. They might be losing some money on that, but not as much as with dead freight going all the way back to China.”

But September-October should see more of a market-driven increase, with activity usually increasing in China as their temperatures cool.

Glenn Mackie, technical manager for the New Zealand Forest Owners Association, agreed there was a definite momentum in the supply chain.

“Forest owners don’t like to shut off and initially at least they move to restricting how much they can produce,” he said.

“They can do that for a time, but obviously there are problems once a contractor isn’t getting as much as he had budgeted for. But you have contracts in place with logging companies and you can’t just shut them down. So there is momentum there. It takes time to restrict flow.”

“They are not unknown or unexpected. The question is how long will it take to recover – two of the last downturns took a year to recover. People are looking at this one to see if there is a structural change. But it is probably too early to tell.”

However, even though the corporate forest owners had not made significant changes and were still in a business as usual mode, the downturn has had a significant impact on forest contractors, said Prue Younger, chief executive of the Forest Industries Contracting Association.

“It’s quite hard to get a detailed definition about market prices and where they are going, but there has definitely been a sudden drop that was unpredicted and so subsequently there’s been a kneejerk reaction to that,” she said.

“Where [the latest price drop]has made a change is the smaller wood lot forest owners, who might be investors, where there’s been a significant and immediate reaction.

“The price had been quite high at US$130,  but they are saying well now it’s down, we don’t want you to harvest our trees till it gets back up to the high level. But we are predicting it may not get up to that same high level, so there is going to have to be a clawback on some of those forest owners’ expectations.”

It’s quite hard to get a detailed definition about market prices and where they are going, but there has definitely been a sudden drop that was unpredicted and so subsequently there’s been a kneejerk reaction to that.”

Younger said many of the smaller wood lot owners had halted activities because they had a product that was not really perishable, so it could sit there for another few years.

“The contracts have been immediately stopped for the contractors that have been harvesting these lots, so they’ve been put out to dry really,” she said.

“No one knows what the market is going to do – whether it’s just a three month blip and then is going to start coming back, or a six month blip – that’s the unknown to everyone. Contractors who have five to seven contractors in their crews are opting to either bite the bullet and see if they can hold them on, or pass it down the train and stand people down.”

Younger said she had heard of at least one sizeable contractor in the Bay of Plenty a number of contracts with several small crews, who was expected to stand down up to 60 people.

She said ironically the recent downturn had coincided with efforts to combat a labour shortage in the forestry sector. And she noted the downturn in pricing had to some extent eased some of the shortages in harvesting and transport.

“They didn’t have enough truck drivers, so in that sector of the industry they don’t need to look for drivers at this moment,” she said.

“But that’s a short-term view. We were going to engage in a recruitment drive… and we’re going to continue with this. There are always a lot of factors involved in the sector.”

Forestry Minister Shane Jones told Bay of Plenty Business News that he expected to see a correction in favour of New Zealand log exporters, citing large Russian forest fires that were expected to restrict exports from that country.

“But I don’t think we can rely on commodity cycles if we want to make the most of our ability to grow wood cost effectively,” he said.

“Commodity producers are always price takers and to avoid that trap we need to move as far up the value chain as we can.”

Jones said there were a host of reasons for that failure, starting with the huge cost to build a globally competitive processing plant.

“Feeding into that is the inability of processors to secure longterm supplies of wood at the right price, and issues with lengthy official processes relating to resource consents and overseas investment,” he said.

“I am optimistic though that at least some of these issues can be addressed, starting with the work this government is doing in both regional economic development and forestry programmes.”

PF Olsen’s Scott Downs observed that everybody would like to see more processing in New Zealand.

“But the reality is we’re always going to need both – a strong domestic and a strong export market,” he said.

“Red Stag Timber is a good example of how we can do it. But there’s not a lot of investment coming into New Zealand to make processing work. There are many areas, where they don’t have enough supply – and people don’t want to invest if they don’t have a guaranteed log supply.”

Bay of Plenty MP Todd Muller, who was recently named Opposition spokesman on forestry, said there was a range of well-documented factors that had impacted New Zealand log prices.

“The global changes demonstrate the strong market interrelations and reinforce that we have to work hard to reduce our vulnerability to these external shocks,” he said.

Unfortunately, the smaller woodlot contractors with three-to-five staff per crew that carry high capital investment, had been the hardest hit, he added, echoing Prue Younger’s comments.

No one doubts the potential growth opportunities for domestic consumption, but export receipts are integral to the success of the sector.”

“That said, forestry in New Zealand is a professional and well-organised industry. They appreciate and recognise the inter-connectivity of their success, which is why the industry is working tirelessly to ensure that they are maintaining as many contractors as possible throughout this time.

“Our focus must always remain on securing new market opportunities and strengthening our existing log export markets. We have capacity to further develop both the export and domestic markets for our sawn timber, pulp, paper, panels and other forestry products.

“No one doubts the potential growth opportunities for domestic consumption, but export receipts are integral to the success of the sector. That is the fine balance of almost all our commodities here in New Zealand.”

Recent studies by MBIE had shown that New Zealand forest products could compete with international markets. In my view, improving processing technology, increasing consumer demand and the growing awareness of the environmental performance of products, will only further boost our local processing markets in the coming years.

“I expect the export log price will recover, perhaps not to the levels seen earlier this year, but a substantial recovery. The future of forestry in New Zealand looks very bright.”