Kiwifruit looking to a record harvest for 2021 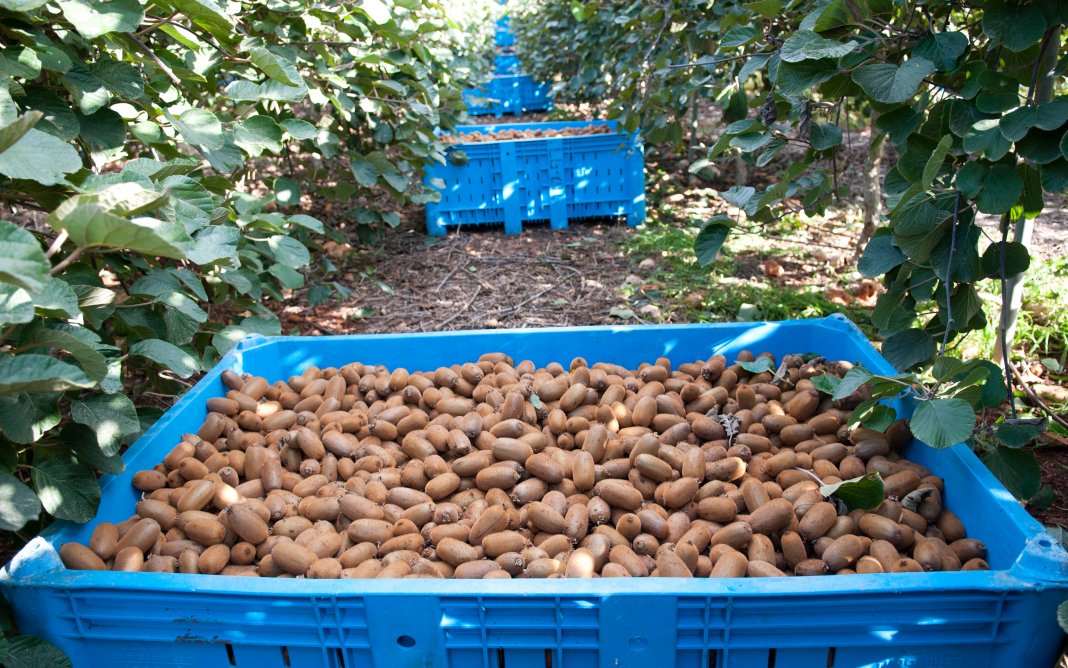 The kiwifruit sector is poised to break records this season, with an estimated crop volume of 177.5 million trays putting it ahead of estimates made only three years ago.

The February estimate for this season’s crop is a lift of 13 percent on last year and also has SunGold fruit outstripping Green for the first time, with estimates of 100 million trays against 72 million Green.

For the first time this season, the long-awaited Red fruit will also be available for purchase both here and in selected south-east Asian markets.

A relatively generous growing season with well-timed rain over Summer has ensured crop volume and quality is exceeding expectations, and there has been a considerable lift on the past two years where drought influence had impacted crop size.

Zespri’s global supply manager Alastair Hulbert says both Zespri and post-harvest processors have made adjustments to their storage infrastructure to accommodate the lift in fruit volumes. 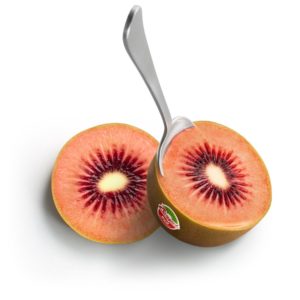 “For the first time this season, the long-awaited Red fruit will also be available for purchase both here and in selected south-east Asian markets.”

This also includes the recent commissioning of the first of three new dedicated kiwifruit charter “reefer” ships and another specialist fruit transport ship usually used to ship bananas from Ecuador.

In 2018 an industry commissioned report on labour needs for the sector estimated there would be 190 million trays of kiwifruit to harvest by 2027 that would require a labour force of 23,000.

However, another year of 2019-2020 growth rates will push the sector well over that mark five years early, in 2022. The industry’s goal of achieving $4 billion of sales by 2025 also looks assured.

The surge in volumes has industry executives feeling relatively comfortable about the task ahead. Hulbert says having the chartered ships committed to export destinations has taken a significant logistics weight off Zespri’s shoulders.

“Given the logistics issues around the world, having dedicated ships is like a type of insurance and gives us flexibility.”

The industry has long resisted the move to containerisation, with about 70 percent of the crop sent via reefer ships.

That confidence is also secured by strong global demand for the fruit, with consumers concerned about immunity and virus resistance, choosing high vitamin C fruit in the past year.

The result has been some larger but relatively stable markets like Japan and the European Union have surged ahead in demand growth.

Growth in the EU

The EU has reported growth from 55 million trays a year to 66 million, while Japan – long moribund at under 20 million trays – is now selling 30 million and is one of Zespri’s top three “20-million plus” country markets, alongside Spain and China.

US sales, while relatively small at 8 million trays a year, are building thanks to investment in a Zespri office on the West Coast.

China remains the giant in the room for kiwifruit sales, accounting for almost $1 billion of Zespri’s $3 billion revenue in 2019-2020, and for sales of about 35 million trays.

The growth in crop volume has also been attributed to New Zealand growers getting better and better at growing the high value SunGold crop, with yields of 15,000 trays a hectare possible.

Year-round shelf space has also played a part in securing year round sales, with about 10 percent of Zespri’s crop sold in China coming from off-season Italian fruit.

The Northern Hemisphere supply is being buoyed by more Green fruit out of Greece, proving to be something of a surprise performer for the marketer.

Hulbert says the country’s infrastructure for fruit growing and handling has been progressively improving, with about a third of Zespri’s licensed Green crop coming out of Greece, and likely to continue growing.

Italy continues to supply the bulk of the SunGold crop, and overall there is 4000ha in the gold fruit throughout Europe, compared to 6700ha here in New Zealand.