Kiwifruit in a growing queue for more workers 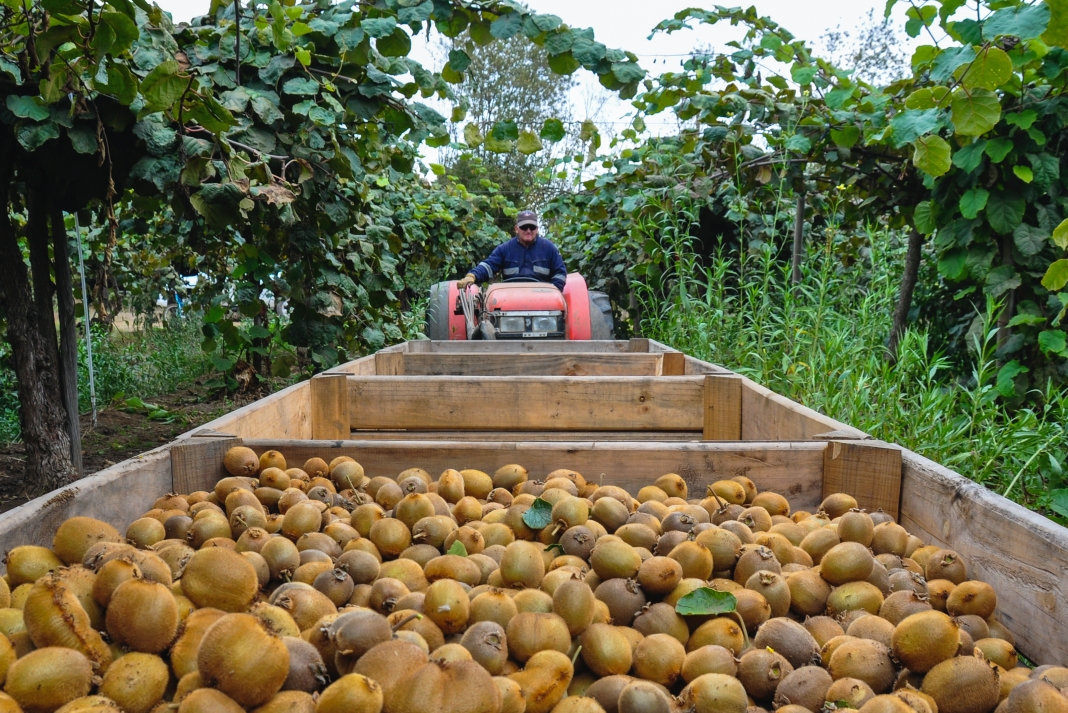 Bay of Plenty kiwifruit growers are nervously eyeing other fruit-growing sectors’ efforts as they wrestle with the potential impact of fewer seasonal workers for harvesting.

With the Covid-19 crisis locking out thousands of Recognised Seasonal Employer (RSE) workers from the Pacific Islands in the short term, the horticultural sector has been lobbying the returning Labour government hard to re-introduce workers from the Covid-19-free islands.

This season 14,400 RSE workers had been expected to come to New Zealand, but that number had fallen short by several thousand as the pandemic struck, leaving the kiwifruit sector short staffed, as one of the last crops to be harvested. It is estimated about 4000 workers remain in New Zealand, with a number still to be repatriated.

Government sentiment has been largely focused on ensuring New Zealanders who have lost jobs due to the pandemic have first opportunity to pick up jobs in the sector as they become available.

But despite the growing unemployment numbers in New Zealand, it is still proving difficult to attract New Zealanders to work that is physically challenging, short term, and may require relocation, when the alternative is a social benefit.

Prior to the election, signals were the government was unlikely to open the borders quickly to RSE workers. But despite having done so for other select groups of primary sector workers including machinery operators, vets – and most recently the controversial admission of Russian and Ukrainian fisherman, some of whom turned out to be Covid-infected – that does not now seem likely this year.

Minister for trade and export growth David Parker said allowing international workers to fill harvesting jobs would “probably not” happen this year, citing a Kiwis-first policy and constraints on quarantine facilities, despite the
Pacific Islands not having the disease. The period between October-December is the second-highest peak demand period for labour, with staff employed thinning new fruit as it forms.

New Zealand Kiwifruit Growers Incorporated chief executive Nikki Johnson said the group is working to attract New Zealanders to make up for the lack of overseas workers in orchard.

“NZKGI is currently offering potential employees the opportunity to get insight into summer season kiwifruit orchard jobs through one and two-day training courses. In BoP alone over 14,500 people will be required over the coming summer months to prepare vines for the 2021 season.”

Looking further ahead to harvest, NZKGI is confirming its labour attraction strategy, extending initiatives used in the past few seasons to attract locals to work in the industry.

Johnson said NZKGI is also working with government around mechanisms to allow the admittance of RSE workers to New Zealand before the harvest season.

“Access to RSE workers will be critical for the industry to pick and pack the fruit which contributes much-needed income, not only to kiwifruit-growing regions, but also supports the Pacific Island economies, currently suffering from a lack of tourism.”

Michael Franks, chief executive of Seeka, the industry’s largest orchard and packhouse employer, said the company was starting to put initiatives in place to draw in more New Zealand workers.

“We are engaging directly with Ministry for Social Development to maximise that, including pathways and training programmes in all the regions we operate in.

“To be honest I think our only hope of getting RSE workers is if we really need them, I do not think we can genuinely ask government for RSE workers yet.”

Franks said it had been a tough run, with the winter pruning programme well down on the usual numbers of skilled migrant workers that came for the job.

Packhouse and picking are very physical jobs, you have to keep up and not everyone is able to… The equation is that when people have a ‘next best’ alternative of social support, do they want to come and pick fruit if they are out of work? – Stuart Weston

A government-sponsored programme to train more that kicked off in June had drawn few participants to a skill that required at least two seasons to acquire.

Apata Group chief executive Stu Weston said that while the company had managed to find Kiwi workers for last season as the lockdown descended, there had been a high churn rate with New Zealand staff.

“Packhouse and picking are very physical jobs, you have to keep up and not everyone is able to.”

He said while it may seem simple enough to try and match unemployed workers to seasonal jobs, the two did not always match up well.

“It is very much a wildcard how things will match up for us. The equation is that when people have a ‘next best’ alternative of social support, do they want to come and pick fruit if they are out of work?”

He maintained it would take a massive pay rise to draw in more New Zealanders to the sector.

“But again it comes down to being fit to work in this sector, regardless of what the pay is.”

Richard Bibby of the NZ Master Contractors Association said there had been little communication from government about RSE proposals.

“We only just have enough RSE workers on the ground now to get through with thinning, but some growers are now making decisions about harvest, and are concerned they may not even be able to pick all their fruit.”

His company was based in Hawke’s Bay, and was presently discussion options to bring in workers and use his company’s worker accommodation as a quarantine facility.

“If nothing is done by November, we are in deep trouble, given the time needed to get visas and medical certificates worked out. If it is not done early, we will be looking at a major calamity.”

The impact of Covid-19 on business acquisition