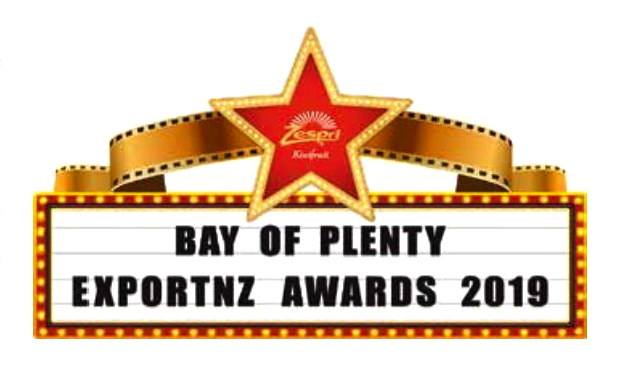 The finalists in the 29th ExportNZ Bay of Plenty Awards have been announced, from an excellent  crop of entries received across a broad range of industry sectors.

Convener of judges Barry Squires, orchardist at Golden Acres Orchard, said there had again been outstanding entries in all categories for the awards.

“The industries that entrants operate in range from inbound tour operators to high tech and manufacturing, demonstrating the diversity of our Bay of Plenty economy,” he said.

The judges are now hard at work on the difficult job of selecting the winners, which will be announced at the ‘A Night with the Stars’-themed awards on 21 June. Award-winning head writer of comedy show 7 Days, Nick Rado, will be the MC for a night of old-school Hollywood glitz and glamour.

A special award will also be presented on the night to the Service to Export Award winner, sponsored by the EMA. This award is decided by a panel and past winners and recognises a significant contribution to local exporting success.

Principal sponsor Zespri’s chief grower and alliance officer David Courtney said that every year ExportNZ Bay of Plenty did a great job of keeping everyone entertained throughout the awards night.  “Make sure you’re there to celebrate some of the Bay of Plenty’s best exporters, and embrace their pioneering spirit,” he said.

ExportNZ Bay of Plenty executive officer Joanna Hall said this year there were a wide range of strong entries, including some new faces.

“We are very excited to get the chance to tell their stories as the exporting stars of our fantastic region,” she said.

“Every year we are blown away by the unique and dynamic business in the Bay of Plenty and it’s a real honour to be able to share them on our platform.”

Tickets are available from http://www.bopexportnzawards.org.nz.