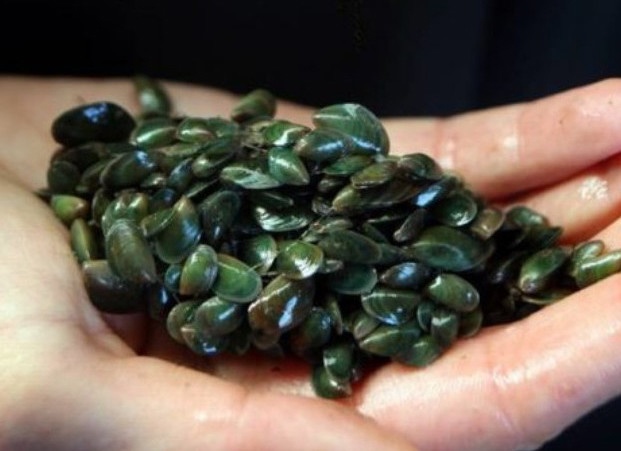 The Eastern Bay of Plenty has been making steady economic progress in recent years with GDP up over 10 percent in Whakatane in the last year, the new Whakatane marina now formally started, as well as a new harbour underway in Opotiki.

As noted by Karl Gradon – who recently ended a lengthy term as general manager for strategy at the Eastern Bay of Plenty’s Toi EDA to take up the post of chief executive at Māori dairy company Miraka Ltd – Whakatane and Opotiki are the only places with greenfield waters-edge portlike facilities underway in New Zealand.

And now, says Gradon, the region has embarked on funding and development for the Te Kaha mussel spat project, which he described as massive.

“It’s the biggest employment and economic opportunity in the town since the large-scale kiwifruit and manuka plantations have been developed,” said Gradon.

Haydn Dr Read, who has a PhD in infrastructure and has been advising the iwi on the mussel spat project, told Bay of Plenty Business News that the plan was well underway and on course.

The government is partnering with the community to help develop a hatchery in Te Moana-a-Toi Bay of Plenty, near Te Kaha.

Eastern Bay of Plenty iwi Te Whānau-ā-Apanui will get money from the new Regional Strategic Partnership Fund (RSPF) so it can develop a hatchery and research hub in Kaiaio, near Te Kaha.

According to Dr Read, the project has been successful in getting $6 million from government. Dr Read said the whanau had also been able to secure some funding from its own resources and now had around $8 million.

There is now a call for investors with an Information Memorandum (IM) to several interested parties who support the project, he said.
Economic growth priority

Accelerating the aquaculture industry has been identified as one of the priorities for economic growth in the Bay of Plenty, according to a recent newspaper report and comments from stakeholders and others involved with the project.

The government said recently the investment would deliver on a manifesto commitment to keep supporting regional economic development once the Provincial Growth Fund closed to applications.

This is the second major investment from the new fund, after the Government’s equity stake in the Geo40 Lithium Recovery project near Taupō.

Economic and regional development minister Stuart Nash said the investment would have a significant impact locally and nationally.

“Having a reliable source of quality hatchery spat is an important step in helping the nation’s aquaculture industry be more resilient, improving its supply chain and securing its long-term sustainability,” he said.

Dr Read noted the importance of the mussel processing factory created by the Whakatōhea company as well as the $100 million in Opotiki harbour development.

Whakatōhea is an iwi centred around Ōpōtiki, which had the aspiration to develop its aquaculture farm off the coastline of Ōpōtiki some 20 years ago. It was no easy feat – the consent process took over 10 years of legislative change and resource consent approval, followed by a further five years of research and feasibility trials.

Today – with iwi support, government contribution, and significant shareholder investment – Te Whakatōhea Mussel Farm is a reality, currently lying just over 8.5 km off the coastline of Ōpōtiki. The farm expands across over 3800 ha.

Spat are very young shellfish, and the raw material of mussel farms. Mussel spat develop from a floating larval stage. The larvae attach themselves to seaweed or ropes and develop into miniature shellfish 0.3mm long – about the width of a needle tip. They move from site to site until they are 0.6mm in length, when they attach themselves permanently to a settlement site. Green-lipped mussel spat are oval with brown zigzag markings on the shell.” – Te Ara, The Encyclopedia of New Zealand

Dr Read, who works for Rikirangi Gage, the chief executive officer for Te Rūnanga o Te Whānau, noted that both local iwi are also negotiating 5000 ha of seawater space as part of their settlement with the Crown, meaning both had space for future mussel farming development.

Gage has a wealth of experience in the marine environment. He served as a member of the Ministerial Advisory Committee for Oceans Policy and was prominent during the allocation discussions. He represented the Treaty of Waitangi Fisheries Commission at the Convention on Biological Diversity in Argentina in 1996.

“It’s basically land based, with a whole lot of ponds and tanks,” he said.

Working with mussel brood stock, male and female are brought together and fertilised to form a tiny mussel, and then fed algae in large tanks, before being settled on ropes and taken into the harbour to grow to full size.

“We’re going to grow enough mussel spat for the mature equivalent weight of 30,000 tonnes of harvested mussels,” said Dr Read. “That’s the equivalent to nearly one-third of the national production.” He noted that the Te Whānau-ā-Apanui had a team of research scientists working with at Cawthorne (Nelson). He also noted, a number of senior students at Massey and Waikato universities who were also interested in becoming involved in the project.

The team hoped to go to the first of the consent process in readiness or earthworks to commence in the coming spring. The team has targeted a completion date of late 2023 /early 2024. “When complete, we plan to have enough mussel spat put in the water to create opportunities for some 1000 people in suitable regions around the country.

“The sea space around New Zealand is in the order of 2 times larger than the land space farmed in New Zealand and our Exclusive Economic Zone is the fourth-biggest in the world,” said Dr Read.

“We’re growing an aquaculture industry which is going to set the tone for the next generation of economic growth in the region and nationally,” he said.