Destination Management funding a boost for the Bay 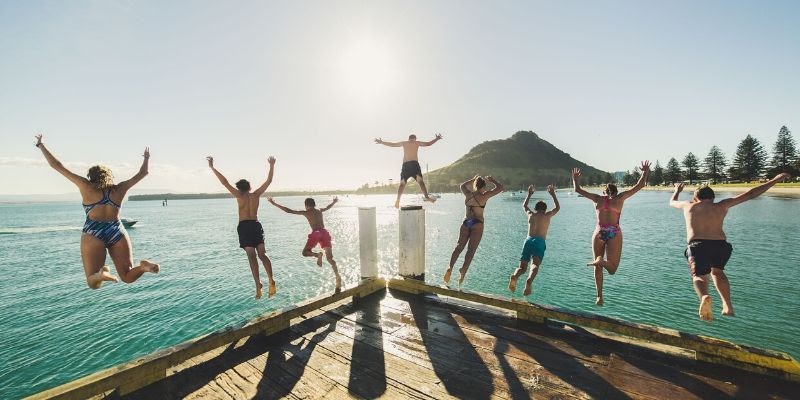 Earlier this year, Tourism Bay of Plenty secured a funding boost for its planned transition to a Destination Management approach to the sector. And with an anticipated record number of visiting cruise ship expected for the 2018-19 season the industry’s prospects are looking strong.

Tourism BOP was the first Regional Tourism Organisation in New Zealand outside Auckland to become a Destination Manager, after a 48 percent boost of $620,910 increase, approved in Tauranga City Council’s Long Term Plan.

Tourism BOP chief executive Kristin Dunne said the increase put the organisation at the forefront of the Destination Management movement in New Zealand.

Destination Management, a worldwide trend, is the strategic and sustainable management of visitor-related development, coordinated with residents’ interests, to preserve a region’s unique identity. It brings stakeholders together and provides them with the tools to work collaboratively to meet the demands of growing numbers of visitors. (See our March-April 2018 cover story BOP Tourist Industry explores new direction)

Dunne applauded both the Tourism BOP trustees and the Tauranga City Council for championing and supporting a sea change for the industry.

“This will enable us to become an insight-led organisation that knows who our visitors are and what they want – vital information to sustainably champion tourism growth regionally.”

In essence, this meant sharing “our place” with the world to the betterment of the community, not against it, said Dunne.

Tourism Industry Aoetaroa chief executive Chris Roberts noted that Tourism Bay of Plenty has had one of the biggest, if not the biggest, funding boosts of the 31 regional tourism organisations. It is also among the first RTOs to make Destination Management a clear priority in long-term planning, he said.

“TourismBOP has succeeded in getting the backing of their council funders because they have a great plan and vision, which has been shaped by extensive consultation with local and national stakeholders.”

This means Tourism Bay of Plenty now has the ability to shift the focus of the organisation from not just attracting visitors to the Coastal Bay of Plenty (which stretches from Waihi Beach to the Whirinaki Forest), but to better manage their experience once they get here, according to Dunne.

“With the additional funding we will be able to implement our Visitor Economy Strategy 2018 – 2028, growing tourism in a way that is both economically and environmentally sustainable.”

Visitors spent a record $1 billion in the Coastal Bay of Plenty last year – a level originally not forecast to occur for another 12 years. This figure is expected to grow to $1.45 billion

“A thriving visitor economy that is well planned and managed will bring with it greater social amenities and higher living standards. In short, we all stand to benefit,” said Dunne.

“It is important that regions anticipate the pressure of tourism before it’s too late,” said Ives.

“We are already seeing early indicators in some areas, such as overcrowding and a lack of accommodation. These are warnings of the impact tourism can have on us if we don’t have a planned, developed and managed approach. Destination Management is undoubtedly the way forward, and we will be watching Tourism Bay of Plenty’s progress with interest.”

Meanwhile, the traditional cruise ship season is looking at a significant uplift in numbers. The 2018-2019 cruise season will see a record-breaking 110 ships berth in the – up 35 percent on last season’s 81 ships, bringing an estimated 320,166 passengers and crew.

The cruise ship market is expected to contribute an estimated $63 million injection to the local region. According to Tourism BOP – despite the perception that many cruise ship passengers immediately head off to Hobbiton and Rotorua – more than 50 percent of passengers stay in Tauranga and Mount Maunganui, either through local tours or independent sight-seeing.