Comvita has added 2.3 million trees to the government’s official national tree count leaderboard over the past year, the company recently announced.

Celebrating Bee Aware Month in September, the Bay of Plenty-based company currently occupies second place on the leaderboard having planted 6.4 million Manuka seedlings in regional parts of New Zealand since 2016.

The company said its plantation programme, as well as helping to ensure the longevity of the apiculture industry, contributed to the biodiversity of the natural environment and to the wellbeing of bee colonies. Jobs are also created in rural areas where Manuka planting takes place, said Comvita. 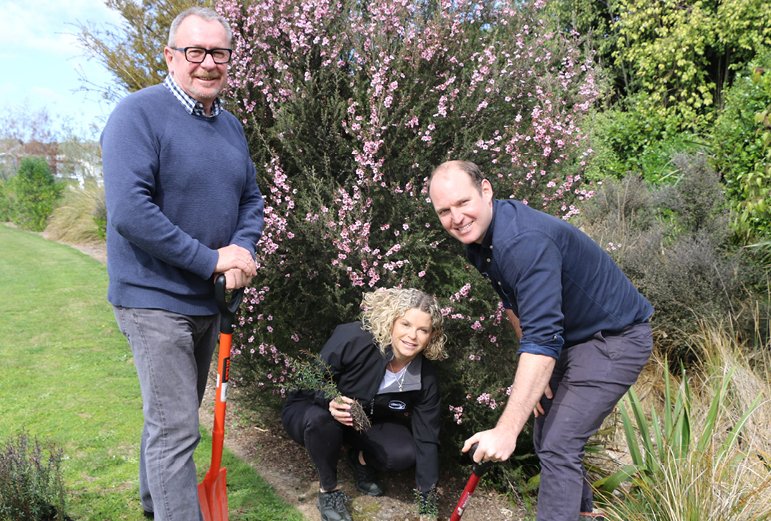 Over the past year, Comvita planted more than 2,000 ha of farmland in Manuka across six regions.

Once the plantations are established, Comvita will place their hives on the properties to collect a honey crop. Comvita’s accompanying Manuka Breeding Programme has been successful in producing high-quality UMF™ Manuka cultivars to suit differing environments.

These superior seedlings are used when developing plantations.

“We’re now undertaking companion planting, growing a range of other native plant species alongside Manuka to further assist with beehive health and biodiversity,” he said.

In 2018, the government established its programme charged with planting 1 billion trees by 2028 to create employment in regional areas, optimise land use, protect the environment and mitigate climate change while supporting New Zealand’s transition to a low emissions economy.

So far 110 million trees have been planted.

“We’re proud of our positive contribution to New Zealand’s future through our restorative plantings,” she said.

“Sustainability is at its best when doing good benefits the environment and the community, while also aligning with the commercial needs of a business. We believe our Manuka Plantation Programme is an excellent example of that in action.”

NZX-listed Comvita reported a $27.7 million annual net loss on its June 2019 year earlier this year, compared with an $8.2 million profit the previous year.

Comvita chair Neil Craig said the result was an extremely disappointing conclusion to a year of significant change.

The result included the third poor honey season in a row, the Chinese government’s crackdown on the daigou (or resale) trade, and tighter specifications on the export of branded Manuka honey.