BOP company aims to get green gold from region

A new sort of green gold may soon rival SunGold kiwifruit as a high value crop option for Bay of Plenty orchardists.

Tauranga-based company MediCann aims to establish a network of medicinal cannabis growers throughout the Bay of Plenty to supply the medical cannabis market, which is expected to grow rapidly once government makes its production legal.

MediCann managing director Brendan Ogilvy says the company has targeted the Bay of Plenty because the region is home to a high level of horticultural expertise, thanks to its strength in the kiwifruit and avocado industry, and because there is a strong culture of entrepreneurship within the community.

“We are looking to model our operation off Zespri’s use of plant variety rights with kiwifruit,” said Ogilvy.

“MediCann will supply the seeds, the crop standards and the hardware necessary, with a contract to purchase from the grower at harvest time.”

MediCann has attracted significant investment and inquiries from some of the Bay of Plenty’s most successful growers, and Ogilvy said the company’s grower network was one of its key points of difference within the MC industry in New Zealand.

The company is awaiting final passage of the Misuse of Drugs (medicinal cannabis) Amendment Bill (see accompanying article) to be passed officially into law, with most observers expecting this to occur later in the year.

“We are very happy with the direction the government bill is going, and also with what National has proposed,” he said.

In light of an opioid drug epidemic in the US claiming 63,000 people a year from addiction, cannabis treatment is starting to draw attention for its effectiveness in certain treatments, including pain relief.

It is difficult to overdose on medical cannabis as a treatment, and while it does have addictive characteristics, it sits lower on that scale than other addictive options in society, including alcohol.

Ogilvy says his company aims to establish secure, covered growing areas with a 1000sqm footprint, making them easy to fit into an existing orchard’s boundary.

“There is a level of grower training and experience required, and we will have agronomists to help get growers up and running with it.”

MediCann is co-founded by two leading medicinal cannabis experts, Ross Smith, and Luc Krol, owner of Paradise Seeds, a European supplier of cannabis seeds for the past 40 years.

Processing will be carried out with pharmaceutical partners in New Zealand, and Ogilvy said the company already has clinically proven branded products ready to be sourced from New Zealand grown cannabis, once legal approval is granted.

Ogilvy and MediCann are not alone in efforts to secure a piece of the burgeoning medicinal cannabis market.

In May, Auckland-based company Helius Therapeutics announced its intention to start growing and processing medicinal cannabis from an undisclosed location in Auckland from a purpose-built 6500 sqm growing facility.

The group managed to raise $15 million in only four months, including a portion underwritten by a low profile high wealth family.

Director Paul Manning said the company was on target to employ about 60 people and ultimately start exporting into the lucrative trade.

Down on the East Coast, Hikurangi Hemp managed to crash crowd-funding website PledgeMe when it attempted to raise $2 million on the site in April.

The company achieved the $2 million target, along with an additional $1.4 million in registered interest.

An additional $4 million is intended to be raised from institutional investors.

While both companies have connections to overseas seed suppliers and expertise, they are locally owned.

As political parties jostle for voter attention in the crowded centre of New Zealand’s political spectrum, medical cannabis is proving an unlikely subject to grab their interest.

Attention was piqued earlier this year when the Misuse of Drugs (medicinal cannabis) Amendment Bill passed its first reading. The Bill had its second reading in late July.

However, the final report from the Health Committee has stalled the Bill, with the committee being unable to reach agreement due to a polarity of views and complexity of the issues.

These are largely around the lack of detail on dispensing, eligibility, monitoring and reporting.

Despite that, the Bill is expected to still go into its second reading, and ultimately be passed into law. The legislation aims to make it legal for people suffering from terminal disease and chronic pain to legally access cannabis-based products. 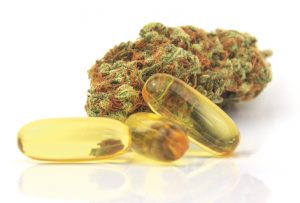 The Labour Party-sponsored Bill also comes with the condition imposed by the Greens in the coalition arrangement, that a referendum be held on legalising marijuana use, a move also supported by New Zealand First.

Meantime, not to be outdone, National surprised many in late July by dropping its initial support for the Bill, and putting forward its own alternative medicinal cannabis Bill.

“The government has said it will increase access now and leave it to officials to think through the controls and the consequences later.

“That’s typical of this government but it’s not acceptable, so we are putting forward a comprehensive alternative,” he said.

National’s proposal requires products to be approved the same way other medicines are approved, through Medsafe, and cannabis products supplied only by pharmacist, and cultivators and manufacturers licensed for commercial production. No advertising will be permitted.

Expectations are that, despite National dropping its support for the Bill as it now stands, a version of the proposed legislation will still find passage through Parliament to become an Act before the end of the year.

Meantime an annual survey conducted by the New Zealand Drug Foundation has found a lift in public support for legalising marijuana use, moving up from 78 percent a year ago to 87 percent this year.