A perspective on quality lifestyles and exceptional living in the Bay.

I did wonder if it was an aberration, a short-lived, one-off, ultimately self-correcting, blip on the graph.

A graph entitled ‘What are you worth?’ A living graph whose diagonal property value, median value, wealth value, ‘anything’ value line has recently veered from a gentle slope to a slightly upward bending curve to a Rocket Lab inspired vertical take-off.

But why has the line (whichever one you choose to marvel at) become so steep?

Although many did initially think the ‘self-correcting’ bit would kick-in, just like the ebb and flow of the bigger-than-big, headline-obsessed property market commentators as they change out the week’s headline, replacing ‘steady’ with ‘booming’, then with ‘faltering’, then ‘plummeting’, then ‘resurgent’; I’m not so sure now.

This seems different. This is a whole new ballgame, or perhaps the same old ballgame but one in which some of the players have been given 3 shots of coffee and shoes with springs in them.

The headlines don’t seem to be changing. The tide goes in and out, but a tsumami … well that’s a whole different act of nature.

So what is happening? From our vantage point at Oliver Road (admittedly we are working exclusively in the high-end of the market), we are seeing a perfect storm brewing – a storm with two fronts.

On the one front there are a lot more – and by a lot more I mean a six-fold increase – of enquiries and sales of $2m+ properties from returning expats fleeing overseas lockdowns and seeking a more stable and relaxed country in which to raise their families. These buyers are often much younger than our previous $2M+ buyers and have come from high-earning overseas jobs – lawyers, accountants, pilots and “tech dudes”.

Illustrating the trend, Oliver Road sales in the last quarter 2019 consisted of three properties, all between $1.5M and $2M with only one of the buyers under age 50; By comparison, we saw 18 sales in the equivalent 2020 quarter, eight (44%) of which were in excess of $2M and of those above $2M, five of the buyers were under 50.

But cashed-up returnees are only half the story – we also have to consider the other front which is arguably the more important and longer term of the two.

The second front is the significant, exponential increase in generational wealth.

Sure, there’s always been a generation gap … even my dad probably said, “Things were different for my dad.”

But the point is that our dads’ dad often worked a simple job, paid off one relatively small mortgage over 30 years, and when it was time to inherit the proceeds of this single home it was split 4 or 5 or 6 ways between children.

Fast-forward to 2021. Mum and dad only have two kids. When they bought the farm in the 70’s it cost $240k – now it’s worth $4.5M and they’ve used that capital growth to purchase three rental properties and a lake house.

So when only two kids inherit a bigger portion of a much larger pie, the tsunami builds as this wealth begets wealth. In short, the rich get richer.

The generational wealth multiplier is not going to go away. While we can argue that it has always been there, there is no argument it has got bigger and is growing faster.

And why does that matter to you and I here in the Bay of Plenty today?

When we hear a tsunami siren we immediately head for higher ground – well, the smart people do.

If the current flow of relatively young high wealth individuals back into Aotearoa continues (and it shows no sign of subsiding any time soon) and the existing generational wealth divide continues to expand, then we all need to think about where we find the higher ground. 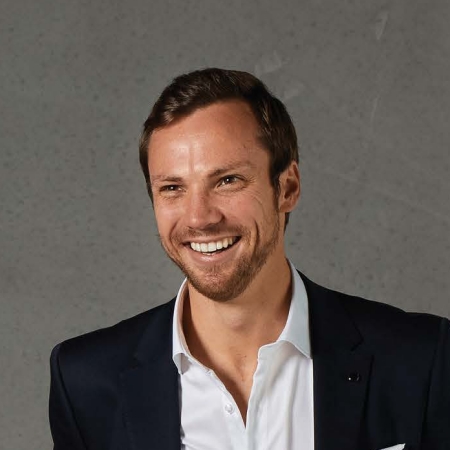 Cameron Winter
Director of Oliver Road Estate Agents, a leading BOP-based high-end residential property specialist. Each month he shares his take on current luxury trends. He can be contacted on 021 800 889 cameron@oliverroad.co.nz