From the editor January 2021 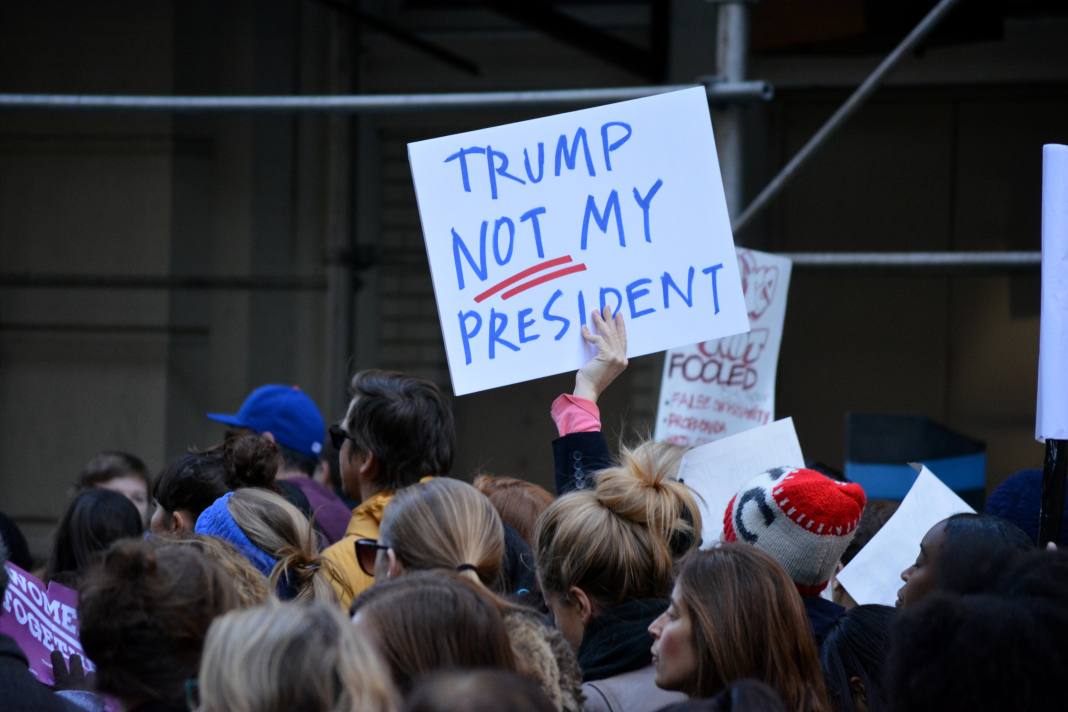 I have been obsessed by the surreal saga of Donald Trump’s ongoing meltdown as he attempts to shut out the reality that he will soon be prised from the White House. In doing so, he will lose his presidential immunity from some – but not all – potential threats for criminal prosecution.

As we went to print to meet our pre-Christmas production deadlines – and despite the US Electoral College having firmly come down in favour of Joe Biden as the president-elect – Trump was continuing to rant into the early hours on Twitter and to push unfounded claims of fraud.

That was despite having lost some 50 law suits alleging electoral irregularities, with even Republican judges throwing them out of court. Admittedly, Trump’s legal team has been most notable for its bumbling incompetence.

However, despite Biden’s convincing win, Trump nonetheless managed to persuade more than 70 million voters to support him, suggesting that the divisions in US society ran even more deeply than had been suspected. His recent actions – including the failed appeal by his supporters for the Supreme Court to overturn the election results – have been essentially an attempted coup, and have exposed the fascistic tendencies of Trump and many of his supporters.

As astutely observed decades ago by the historian Eric Hobsbawm, in his The Age of Extremes (1994), reflecting on the rise of fascism in the 1930s: “Fascism could not formally believe in modernity and progress, but it had no difficulty in combining a lunatic set of beliefs with technological modernity in practical matters… It also provided the proof that men can, without difficulty, combine crackbrained beliefs about the world with a confident mastery of contemporary high technology.”

And of course, since then, the rise of the internet and the social media giants has only increased the ability of high technology to proliferate the dissemination of crackbrained beliefs – from QAnon’s nonsensical ravings that Satan-worshipping paedophiles are running a global child sex-trafficking ring, to David Icke’s bonkers theory that “higher beings” are on Earth masking their true reptilian form in order to enslave humans.

Tauranga is a fast growing city and investments in core infrastructure and core services need to be made to sustain the quality of life that out people should expect and deserve. We can’t expect to get more for nothing. – Simon Clarke, Priority One

Here in the Bay, we have had our own – rather less conspiratorial, but still troubling – political meltdown. The government has announced it will bring in, at the least a Crown Manager, and possibly appoint Commissioners to help the elected Tauranga City Council.

The aim is to get the council back on track following its recent public displays of rancour and inability to work together. It was unclear when we went to print, which option would be taken.

The TCC has already begun the by-election process to replace both a resigned councillor and ex-mayor Tenby Powell. Our understanding is that timing has been a problem: a final decision on Commissioner/Manager options will have to be approved by cabinet, which was not due to resume until well after Christmas.

Although as we went to print, at least two people had put their hands up to contest the by-elections, there seems to be little incentive for them to waste their money in doing so. If commissioners are appointed, the current councillors are all essentially out of a job – although they have the option to stay on in an unpaid basis.

In mid-December, the councillors issued their public reply to Minister of Local Government Nanaia Mahuta. The letter – a response to the minister’s request that they come up with a reason for her not to bring in commissioners – was essentially a plea for her to instead appoint a crown manager and observer. Which, of course, could also be seen as their acceptance of the reality of intervention, coupled with a hopeful plea to keep them on the payroll.

“We would like the opportunity to improve governance in a sustainable way, one that preserves civic and democratic participation,” the councillors said, noting their position was supported by all elected councillors except for John Robson. In turn, Robson said he would not comment on his own position until after the minister had announced her decision.

The issue of democratic participation can be set to one side for a moment, given voter turnout was around 40 percent in the last election. But in other similar cases, the commissioners selected seem to have been of high calibre, and to have taken their role very seriously, particularly with regard to engagement with the community.

There would seem to be a sound argument for bringing in the commissioners, having them fulfil their mandate, and produce a clear set of expectations for the next elected council.

New Priority One chairman Simon Clarke, a governance expert, told Bay of Plenty Business News that the economic development agency would be providing as much support to the Tauranga City Council as it could, as it goes through whatever intervention is required.

“Priority One’s view is that an intervention is needed to facilitate better decision-making and to grapple and deal with the infrastructure deficit challenges that TCC faces,” he said.

Priority One was expecting a commissioner(s) rather than a crown manager would be appointed, but would have to wait and see, he said.

“Continuing to do nothing [in order to] ‘keep rates down’ is not an option,” Clarke said.

“Tauranga is a fast- growing city and investments in core infrastructure and core services need to be made to sustain the quality of life that our people should expect and deserve. We can’t expect to ‘get more for nothing.’ My view is that I think rates will need to go up and alternative funding arrangements will need to be explored.

“However, it will be important that TCC is transparent so that we as ratepayers understand where the money is going and what improved outcomes we will be getting.”