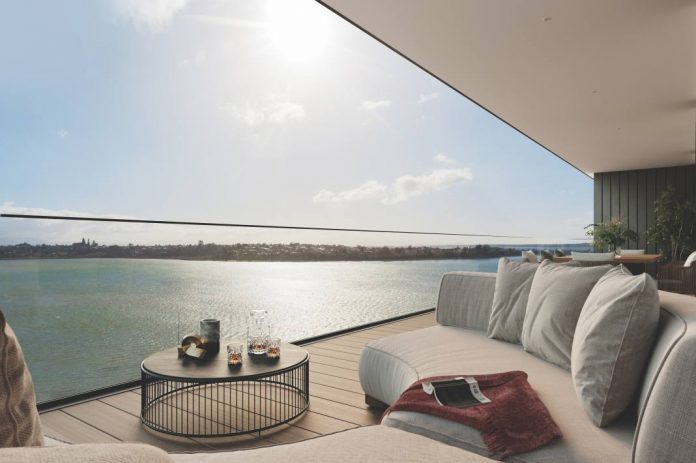 A ground-breaking new development project unveiled in central Tauranga will set an unprecedented standard for luxury apartment living in the region.

The project is being managed by the directors of Tauranga’s renowned Gartshore Group. Selwyn Street Luxury Apartments Ltd (SSLA) is developing the project. A factor setting Gartshore apart from competitors is its history: for more than 65 years Gartshore has consistently reinvested back into its operations, ensuring the company is robustly well-placed to meet the needs of the modern construction environment.

Gartshore’s managing director Rob Gartshore notes that while most developers try to squeeze as many apartments as possible into a build to maximise profits, SSLA have adopted a unique alternative approach aimed at not only meeting, but exceeding investors and residents lifestyle expectations.

“Through extensive market research we have elected to have fewer apartments of greater size, comfort and luxury to meet the demand of a market not previously seen in the Tauranga region,” he said.

“This reflects a change in demographics of the region in recent years with an influx of corporates and fast growth of local business, coupled with the return of expat families.”

Gartshore Group has itself been at the epicentre of massive commercial property growth in Tauriko while just ‘down the road’ Port of Tauranga continues to boom. This clearly pointed to concurrent growth in demand for premium luxury apartment living in the right location.

“Luxridge has that in spades,” he said. “We knew we had the right location. For developers there is always potential risk in property transactions, but any fears we may have had were quickly allayed when, less than 48hrs after we acquired Selwyn Street, we had an unsolicited offer on the table from another developer”.

“Most developers would have taken this and moved on”, said Gartshore. “But this only bolstered our confidence – we knew we were onto something special.

After careful consideration they declined the offer. 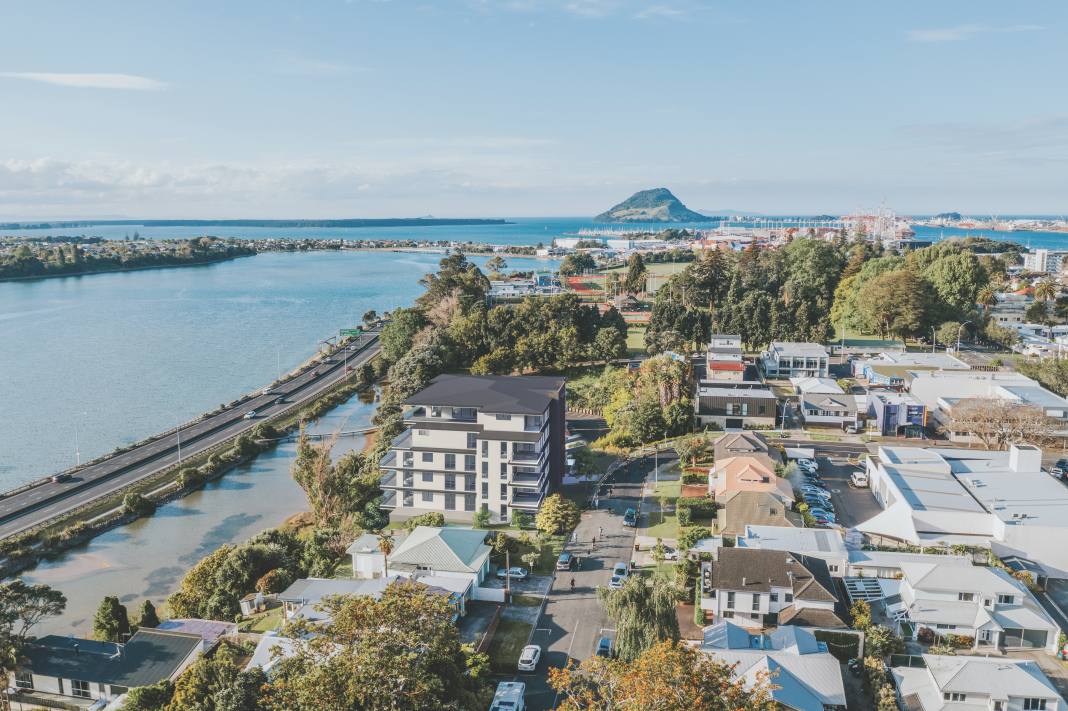 On further reflection the developers remained resolutely convinced; the location was right, the views spectacular and there was easy access to excellent local amenities on the doorstep, and as if any further reassurance was needed, resource consents were largely in place.

They were then faced with the challenge of determining the best use for the site in terms of number, size, look and feel of the apartments.

“After vigorous market analysis, feasibility studies and ever-evolving concepts, our due diligence pointed us towards a small number of large luxury apartments, with sprawling decks to soak up the ever-changing views.”

It is not lost on Gartshore that the city is a core part of the “Golden Triangle” (Hamilton, Auckland, Tauranga). The developers knew this type of development was precisely what the region needed in terms of space, luxury and exclusivity, with the Tauranga CBD going through a redevelopment phase and the recent completion of the University of Waikato campus in Tauranga adding impetus. 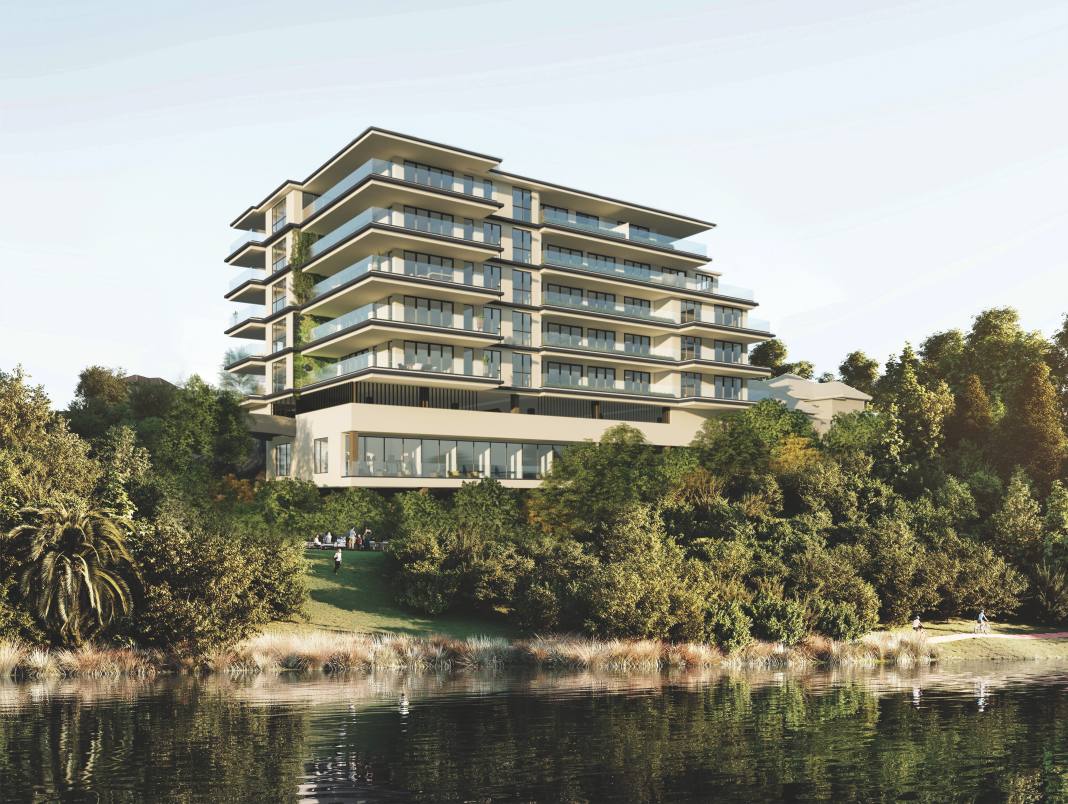 Gartshore’s views on the development are pragmatic, “Whilst not all developers target the higher end of the market, the region needs this type of development. It is not feasible or sustainable for Tauranga to continue with the rapid urban sprawl it has seen in recent years. We need to learn from other cities and have the opportunity to get it right here in Tauranga.

We cannot simply keep pushing infrastructure (power, water, waste water, etc) further and further out in Papamoa, Omokoroa, Bethlehem, etc. We have the infrastructure here in the CBD and its time we had a real focus on delivering quality high density living to the market.”

The ultimate challenge for developers is to get everything right. According to Gartshore, the developers believe on this occasion Luxridge has ‘got it right’.

“They are big enough that residents will be able to watch the sunrise in the morning and set in the evening across several different settings on the one deck,” he said.

Gartshore also noted that the developers have opted for a somewhat non-traditional method of procurement. Normally a developer contracts a margin-driven builder.

“As those margins increase developers often make design changes that so often cheapen the overall look and feel of developments,” said Gartshore.

To develop and to build

How do they counter that and reduce the inflated margins? The answer in this instance: The developer is the builder; The result: the margin between the builder and the developers is eliminated. While the civil, structural and exterior works will be sub-contracted to specialist suitably experienced contractors, Gartshore has full overall control and will most certainly come into its own on the interiors – its trump card. 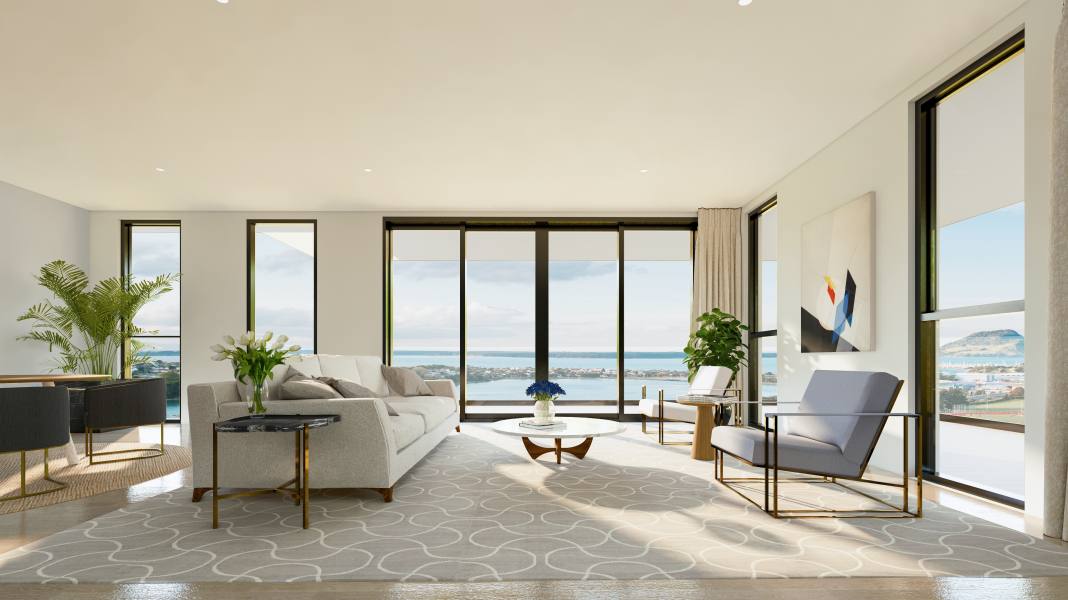 Rob Gartshore points out that the superbly thought-through design details make the difference – for example every bedroom comes with its own ensuite and additional guest powder room comes standard in each apartment. All wardrobes are custom designed and built to owners’ requirements and kitchen and bathroom specifications are exceptional.

“There is still some scope for the penthouses to be reconfigured, depending on owners’ specific requirements,” he points out.

“The experience of the global Covid pandemic also showed we needed to consider the demands of the residents to work effectively from home.”

The developers have catered for this quite uniquely – some apartments incorporate home offices while level B1 also incorporates separate office spaces that overlook the harbour. The level also incorporates craft room and yoga studio facilities, and a fitness centre all available to the residents.

“At Luxridge, this development commands the best and that’s what the developers are delivering.”

The Luxridge developers have recently completed the fitout of a 300-room five-star hotel in Auckland and an award-winning hotel redevelopment in Wellington – exacting standards of excellence are their forte.

“The team and their state-of-the-art joinery production facility in Tauriko are excited to create the luxury look and feel Luxridge will undeniably be renowned for.”

By DAVID PORTER and ALAN NEBEN

From the Editor – August/September 2020