The winners of Tauranga’s premier art award, have been announced, with the 2020 Miles Supreme Award going to local artist Israel Randell for her work Wahi Ngaro, 2019 a striking installation of electroluminescent wire.

The awards are presented by the Tauranga Art Gallery Toi Tauranga, in partnership with the Venetta Miles Trust. The supreme award carries a cash prize of $10,000.

A crowd of friends and family filled the Tauranga Art Gallery in mid-March in support of the 40 finalists (from almost 100 entries) and waited with excitement to hear the announcement of the selected winners from guest judge Sarah Hudson. Hudson is currently based in Whakatane and is the curator of Te Koputu a te whanga toi, the Whakatane Library and Exhibition Centre.

Hudson said she was impressed by the broad range of creative works entered in this years’ awards and had chosen works that were “moving, edgy, politically-minded and bold”.

Miles Supreme Award winner Randell’s work explained in her artist’s statement that her work examined “Wahi Ngaro, the ‘hidden realm’. It examined the notion of the void (Te Korekore), an in-between space – or the places from which all things originate from. “The triangle, a primordial shape, refers to the wharetangata (womb), symbolic of the space from which we come from and return to,” the artist stated.

Hudson said: “This artist has created a surprising, edgy work that grounds us deep down into the bones of this land.”

She added that she had enjoyed the subtle sound element of the work, which she read as screaming into the void.

“Entering an installation piece into an open competition is a bold move. The striking visual impact of Te Korekore and its strong conceptual foundations rooted in mātauranga Māori has resulted in a very moving experience for the audience.”

The entries submitted for this year’s Miles Art Awards reflected the diverse display of the talent and passion of artists who currently live in the Tauranga district and the wider region.

The art works submitted have never been exhibited previously in a public exhibition.

Also presented were the following awards: 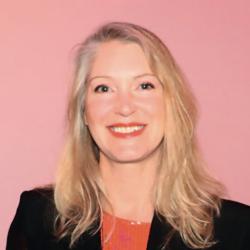 Three compelling reasons why franchisees should follow the system