Bring your personality to the media interview 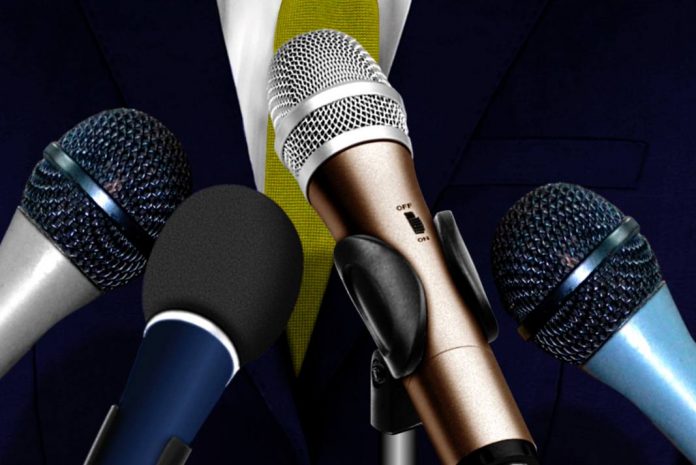 How many times have you watched a TV news item and felt like the interviewee was just reeling off a sales pitch?

All too often people get caught up in their key messages and forget to answer the questions being put to them. They come across as robotic or evasive and their story fails to resonate.

Authenticity matters when it comes to media interviews, and that can sometimes mean diverging from the script a little to let your personality show.

That’s not to say you shouldn’t prepare and consider the most important points you want to get across – that’s critical – but the media, and its audience, wants a human story.

On message, not scripted

One of the first pieces of advice you will hear about preparing for a media interview is to know your key messages. This is interview preparation 101 and it’s important.

However, what is sometimes misunderstood is that most key messages do not need to be recited word for word. So long as the meaning is communicated, you will likely have achieved what you set out to do.

There are of course exceptions when precise wording matters, such as when you’re speaking about something that is before the courts or communicating the specifics of a road closure, but in most cases it’s the effect that is important, rather than the precise delivery.

It can also be useful to develop talking points when preparing for a media interview. These can cover additional points or interesting titbits of information that can add substance or colour.

For example, if you are discussing the expansion of a gold mine, it can be helpful to know the year mining began in an area, and perhaps even the name of the first miner who set foot in them there hills.

It can be strange to see the way some people change when they are in front of a journalist. It’s true that you need to consider what you say, but overthinking can lead to a stilted or stuttering performance.

It’s ok to laugh, smile and to let a few of your quirks shine through. During a recent story I pitched to a major television news programme, the journalist made the point that they were keen to talk to my client’s workers, not just the managers.

In their words, “a bit of a character with a cheeky laugh and a story to tell” was desirable over the boss of the business reciting marketing lines.

In the end, there was a place for both – the manager adding the detail and the worker adding the colour – but it was a good reminder about what really matters for viewers who have settled in to watch the news or current affairs at the end of a long day.

Keep in mind that there may of course be times when smiling and laughing aren’t appropriate, such as when covering a health and safety incident or sensitive topic.

Last, but not least, consider the setting and any “props” you might want to have on hand.
Will you do the interview in your office or reception area, or will you suggest it is done in a setting that directly relates to the subject matter of the story?

A story about conservation might be done in a scenic area outdoors where the chatter of birds can be heard in the background. A construction story might be done on the site where the project is taking place.

Often the location will be proposed by the journalist, but it’s always good to have some ideas of your own on hand if you feel they could add value.

When it comes to props, marketing banners and product placement is ok if done subtly, but you will lose credibility if they are too in your face and come across as a direct sell.

Far better is something that relates directly for a story – a dog might make sense in a story about animal welfare, for example.

Remember that the aim of the props you bring or the setting you propose is to reinforce the message.

It should make your story memorable or give it a point of difference when pitching to media.

Adding some personality can be the difference between your story being remembered or not, so don’t be afraid to let yours shine through.

Why these could be the Golden Years for franchisors

Why these could be the Golden Years for franchisors