An eye for detail pays off

One of the most exciting parts of my job is seeing New Zealand companies take their ideas and leverage them. Our firm has recently worked with brothers Frank and Paul Austin, to take their revolutionary screw-less eyeglass frame design, the ZYclip, to the world. Here is their experience:

An engineer and industrial designer by trade, Frank started a successful lighting design and manufacturing company (Nimbus Lighting) in 1972, which used clip-together technology.

After years of dissatisfaction with how sunglasses are designed, the brothers were inspired by the clip-on technology in their lighting products and set about creating an optical frame that wouldn’t require any screws, could be made in different colours, and was easily detachable to provide wearers with different looks.

Around 2011, armed with designs and prototypes, Frank and Paul consulted with James & Wells partner Jonathan Lucas to develop a strategy for protecting and commercialising their invention.

“When Frank and Paul came to me with their initial designs, I thought they looked really promising,” said Lucas.

“People think hugely complicated inventions are needed to obtain patents. But so many good designs are simple or involve relatively small changes to existing technology. If they do the job better than what is already out there, a patent might be possible.”

Lucas was able to assess the patentability of their idea, establish whether there was freedom to operate, and help guide their thinking around how they could leverage their IP. Rather than manufacture the product themselves, the brothers hoped to license their design to an eyewear company, so they worked with Jonathan to realise this vision, and ensure any deal they entered into would be in their best interests.

“We enjoy the design process – finding solutions to problems and tweaking the product until it is perfect,” said Paul Austin.

“We didn’t really want to build an eyewear company from scratch – instead we preferred to partner with an established, reputable retailer.”

Licensing can be a great option. When compared with self-manufacturing, there is less investment required and less risk, businesses become profitable faster and can access potentially tricky markets. It also allows inventors and designers to focus on the areas they enjoy and are strongest in rather than worrying about operations and management. Having IP protection in place gives licensees the assurance that they have sole access to the innovative technology.

In 2013, after a lot of experimenting and refinement of their concept, Frank and Paul approached the Australasian team of eyewear company Specsavers – the third-largest prescription eyewear company in the world. They loved the product and eventually signed a licensing agreement giving them certain distribution rights to the technology around the world.

“Specsavers loved the concept and introduced it into their ranges, a big call for such a large company. We now hope that they will eventually use this screw-less method in all their glasses frames,” said Paul Austin.

The partnership with Specsavers has been truly collaborative, with the brothers being able to customise the product to Specsavers’ needs. “We used the mechanism from our prototype but incorporated Specsavers’ insights to create a product that was right for their customer.”

The range of feather-light, screw-less frames has recently been launched into 380 stores across New Zealand and Australia. There is potential to extend distribution to a network of 1800 Specsavers stores internationally.

Said Lucas: “Paul and Frank are dynamic, clever and easy to work with. They respect professional advice and have a lot of commercial nous. They understood that they had to create their own opportunity and I was impressed at how fast they were able to secure a deal.”

Frank Austin was quick to acknowledge Jonathan’s role in their success. “Over 40 years we have dealt with a number of patent attorneys. Jonathan stands out. His experience and knowledge of IP enabled him to advise, coax and, at times, challenge us to come up with solutions. As a result, what started as a simple idea has become a commercially viable method of making eyewear.”

The brothers now have their sights set on the US, where Specsavers don’t operate. They plan to sign a similar deal with a US retail chain. Bright optics indeed. 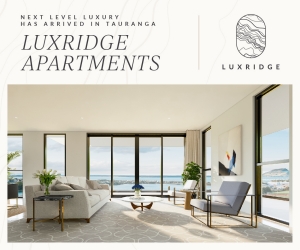 Names have power, so choose yours wisely

To consent or not to consent?