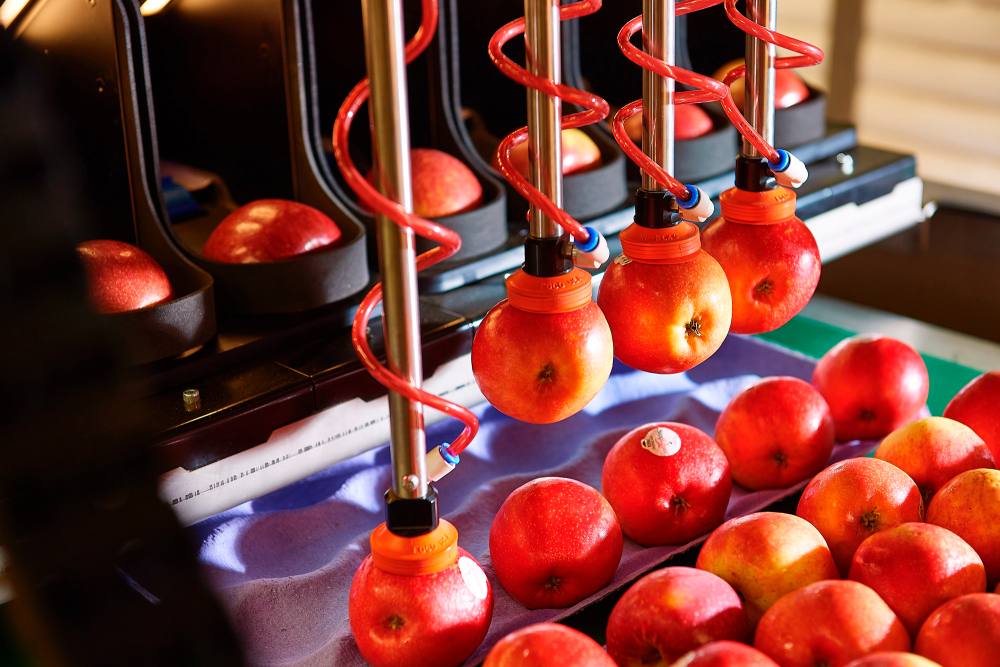 The Bay of Plenty is top of the list to benefit from a boost in the government’s commitment to the agritech sector, following the release of an industry transformation plan.

Aimed at boosting the sector’s $1.5 billion contribution to export earnings and broadening the global application of locally developed technology, the transformation plan is the first of several proposed by government for key sectors.

The others include forestry, food-beverage and construction.

Launched in Tauranga jointly by minister for economic development Phil Twyford and minister for agriculture Damien O’Connor, the plan will deliver $11.4 million of direct investment and a share of the $84 million Sustainable Food and Fibre Futures funding, bought forward after Covid-19.

Tauranga is firmly on top of the list for the robotic academy which will build on the high level of skill established by Bay company Robotics Plus, and the academic support of Waikato University’s robotics school.

Robotics Plus has pioneered the autonomous kiwifruit picking machine, but has since moved into commercial production of robotic apple pickers, sorting equipment and log volume scanners.

The company’s log-scanning technology was recently responsible for putting the company into the world’s Top 50 robotics companies. The technology cuts load calculations down from 40 minutes per truck to four minutes and is installed in eight sites around New Zealand.

The plan represents a rare alignment of six government departments and is a refocusing by government in trying to target winning sectors of the economy.

Minister Twyford acknowledged “picking winners” had not been fashionable with government since the early ‘80s,but that those countries that had deliberately done so had considerably outperformed New Zealand in the productivity stakes.

He specified Ireland and Singapore as examples. Israel, with a population of only 8.8 million has managed to grow its agritech sector 10 times New Zealand’s over the past two decades.

However, Twyford cautioned that the plan would only offer success if government and industry were able to work “hand in glove” on the plan’s approach. Industry committees would be regularly assessing the plan’s ability to stick to its goals.

Damien O’Connor said while New Zealand has been regarded as having some of the best growers and farmers in the world, much of that world was also catching up as it adopted new technologies. He said the availability of useful data was identified as a roadblock in the sector.

As growers and supply chain interests sought to lower their environmental foot print, and have more information to do so, demand for measurable data was only expected to grow in coming years.

Industry participants hope the plan will help grow the sector’s critical mass and with it its global reach, given the relatively small size of New Zealand’s primary sector.

Peter Wren-Hilton, Agritech NZ executive director said New Zealand’s market is often too small to support some of the technology capable of being developed here. One example was a robotic asparagus picker with only four to five potential customers in New Zealand, which has gained strong interest from far larger and more numerous US growers.

“New Zealand’s market is often too small to support some of the technology capable of being developed here.”

The plan’s intention to start an agritech investment fund comes from issues the sector faces in converting prototypes to commercial reality. The proposed fund will be run separate to the $300 million venture capital fund established in last year’s budget.

The plan comes as the agritech sector emerges from a tough patch over lockdown. A survey conducted by Agritech over lockdown highlighted that only one third of companies had not laid off staff or cut back on hours.

In general, however, New Zealand is regarded as punching above its weight in the agritech sector. A global survey released in June ranked this country at 41 out of 100 for emerging startup environments. At 41 out of 100 New Zealand was the top performing Pacific nation, well ahead of Brisbane, ranked at 76.