Commissioners deliberated on a series of issues and options reports arising from the consultation before adopting resolutions, which will now be incorporated in the final plans and brought back for adoption at the end of June.

Without doubt, the biggest decision made was to proceed with the full masterplan for Te Manawataki o Te Papa – the Civic Precinct development. This will see a $303 million, single-stage phased development of the precinct over the next eight years, starting with the construction of the library and community hub facility later this year and then moving on to the construction of a museum, exhibition and events centre, civic whare, plaza and streetscape upgrades and waterfront development linking to the civic precinct through Masonic Park.

This significant redevelopment programme is subject to achieving 50 percent of the funding from non-ratepayer sources and has multiple aims, first and foremost being to restore the cultural and civic heart of the city and create a destination locals and visitors can enjoy and be proud of.

It will also encourage other development in the city centre, ensuring it is once again a place people will want to live, work, learn and play. And with all of those extra people around, it will breathe new life into the CBD’s retail sector.

Getting over the line

Te Manawataki o Te Papa has been a long time coming – these are proposals which in some cases have been talked about for 20 years – so it’s great to have finally gotten a great project over the line, which will create huge benefits for generations to come.

Other notable decisions include resolutions to include Infrastructure Funding and Financing (IFF) proposals in the LTPA to help fund the City’s Transport System Plan projects and enable the development of 2,000 homes in Tauriko West.

The IFF approach means a Crown-owned company borrows money for an approved project and then makes that money available to the Council to fund the investment concerned.

Repayments are made using levies on the properties benefiting from the project and the debt stays off the Council balance sheet, leaving debt headroom which can be used for other important community priorities.

Subject to the final cost of this approach making economic sense, which we won’t know until the IFF proposals have been put to the private investment sector, and some structural issues being addressed, IFF funding could provide $200 million to help fund a suite of major transport projects, including Cameron Road Stage 2, which will continue the upgrading of the city’s main southern corridor from 17th Avenue to Barkes Corner and beyond.

Because the whole city benefits from transport network improvements, levies would apply to all properties, offset by reductions in the transportation targeted rate.

A further $60 million would be raised to help fund Tauriko West infrastructure, with repayment costs levied on properties within this new growth area.

Businesses will also be aware of increases in the city’s commercial differential rate and transport targeted rate, which by 2024 will see the sector paying for half of the transport activity, which is in line with sector usage, and will also bring Tauranga more into line with other metropolitan centres.

Both changes will be included in the final annual plan.

Commissioners understand that many businesses are facing economic headwinds right now, so the solid support from the business sector for these necessary moves – which will help achieve a fairer rating system – is greatly appreciated. 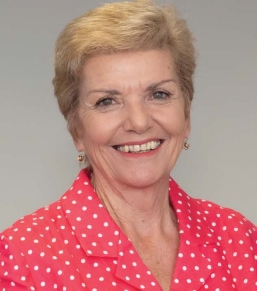