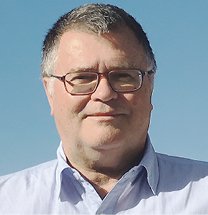 This month’s cover story takes an in-depth look at major Bay of Plenty company Ballance Agri-Nutrients, which contributes millions to the Bay’s GDP and has 260 of its 800 New Zealand staff based in the Mount.

Although in the media because it sources phosphate from a disputed area in the Western Sahara – an issue we also cover – chief executive Mark Wynne says the big challenge for the farmer owned co-operative is to help its 19,000 farmer members-owners become future ready.

“That’s primarily it in a nutshell,” he said, adding that farmers felt almost under attack at the moment.

“People talk about the urban rural divide. I don’t think there is that big a divide. But there is frustration around certain areas where we know we’ve got to fix the rivers, and get it together.”

Ballance’s role was not just to manufacture effective fertilisers, he said.
“Essentially we need to get right the four ‘rs’ – the right product, in the right place, in the right amount, at the right time,” he said.

Meanwhile, the dairy sector is not alone in struggling for bank finance, with the horticultural sector also finding funding tougher to come by since the New Year.

Mike Chapman, chief executive of Horticulture New Zealand, said he is hearing anecdotally from growers in every sector of horticulture – including kiwifruit – that banks are proving tight fisted over funding options for the sector.

“Banks demand security and they have increased the security that they demand to reduce their risk,” he says. “As a result, the opportunity for the rural sector to expand has been reduced. This situation is for new loans, as well as for the renewal of existing loans.”

Chapman said the funding limitations also come off the back of the new Reserve Bank capital requirements coming into play. “It also seems that if you are going to plant a forest, there is plenty of support there, but that is very much a one trick pony policy,” he said.

And finally, some good news for the Bay from China. In our Special Focus on Zespri’s formal opening of its new headquarters, we report that it has also just received welcome key trademark protection status against copyright infringements in mainland China.

The trademark protection will deliver a boost to Zespri’s in-market protection through significantly stronger legal and administrative powers open to it for pursuing breaches of its intellectual property.

Zespri now shares this reinforced protection with such high profile companies as Disney and Ferrero Rocher, and is the first New Zealand company to be offered it.

The protection has been issued by the Shanghai government, but it is being circulated throughout China to other provinces, ensuring it receives national priority for brand protection.

Meanwhile, here in New Zealand, Zespri has been awarded $15 million in damages in a civil court case against an individual who allegedly sent SunGold G3 plants to China.

Get in touch, email the editor
Share. Twitter Facebook Google+ Pinterest LinkedIn Tumblr Email
Previous ArticlePrepare your business for the minimum wage increase
Next Article If you don’t know where you are going, then any road will do